Home » Potato Head Gets Ahead 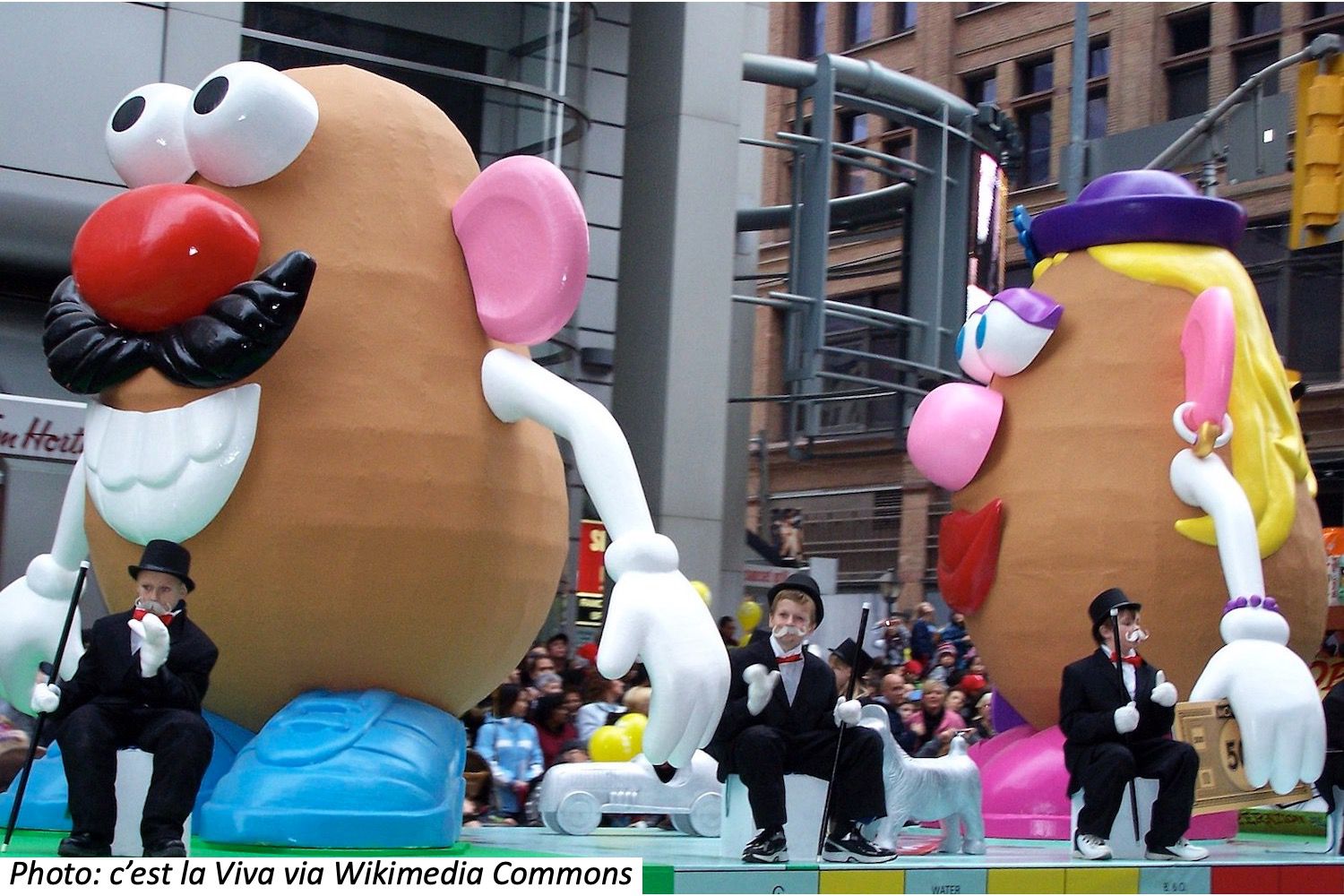 Have you ever played with a Mr. Potato Head toy? You stick colorful body parts – arms, ears, eyes, nose, mustache, mouth, shoes, hat, and pants – into a potato shape, and poof, you have Mr. Potato Head! You can make many silly faces by swapping those parts around. And it turns out you can also set a world record. One kid named Matilda put together a Mr. Potato Head in less than 6 seconds, beating the old record. First all the pieces were set out flat on a table, then Matilda raced to put each one in the right spot – and right side up. The timer stopped at 5.69 seconds, and Mr. Potato Head wasn’t the only one with a big smile!

Little kids: if you make a wacky Mr. Potato head with 3 arms, 5 noses and 2 mouths, how many more noses than arms does he get? Bonus: Matilda also wants to set the record for putting together Mr. Potato Head while blindfolded. That record time is 15 seconds. Count down from 15 to see how quick that is!

Big kids: When Mr. Potato Head was invented, the kit only cost $0.98, but you had to supply your own potato – really! If you bought 1 kit with a $5 bill, how much change would you have left to buy potatoes? Bonus: Mr. Potato Head once got 4 votes to be the mayor of Boise, Idaho. If the winner got 130 times as many votes, by how many votes did the winner win?

The sky’s the limit: If you’re racing to put 1 arm, 1 eye, 1 nose and 1 mouth on Mr. Potato Head, in how many orders can you stick them on? Example: arm-eye-mouth-nose is different from eye-arm-mouth-nose…