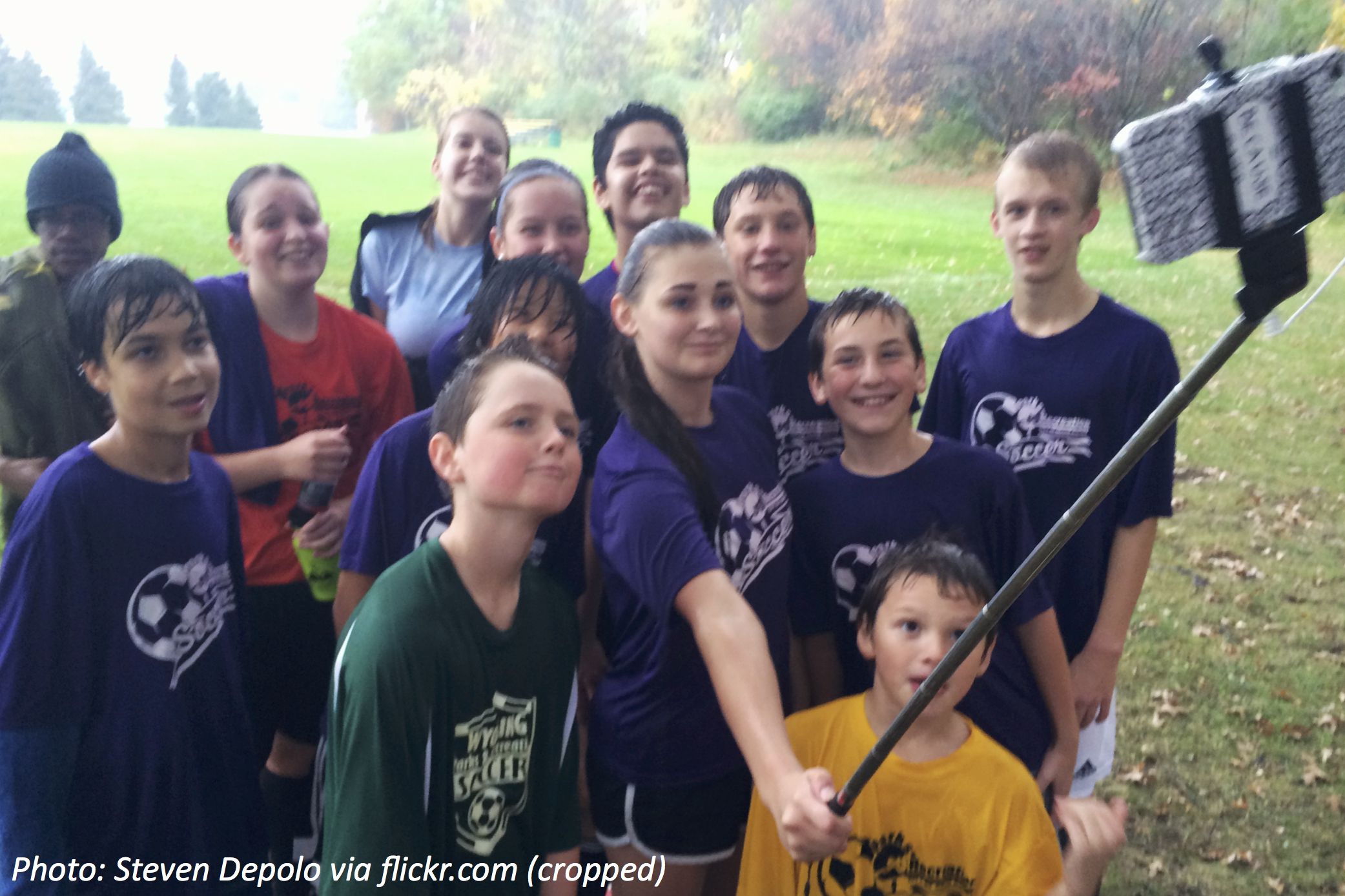 Wee ones: The lens of a camera (where the light goes in) is usually a circle. See if you can spot 3 circle shapes in your room.

Big kids: There are 8 billion people in the world, and 7 billion cell phones. If 2 billion people each had 2 of those phones, how many people would have no phone at all?  Bonus: If 300 million Americans each took 10 pictures this week, how many pictures would that come to?

Answers:
Wee ones: Answers might include buttons, shoelace holes, the bottom of a cup, or the face of a clock.