Skip to content
Your Very Own (Mini) Car Factory 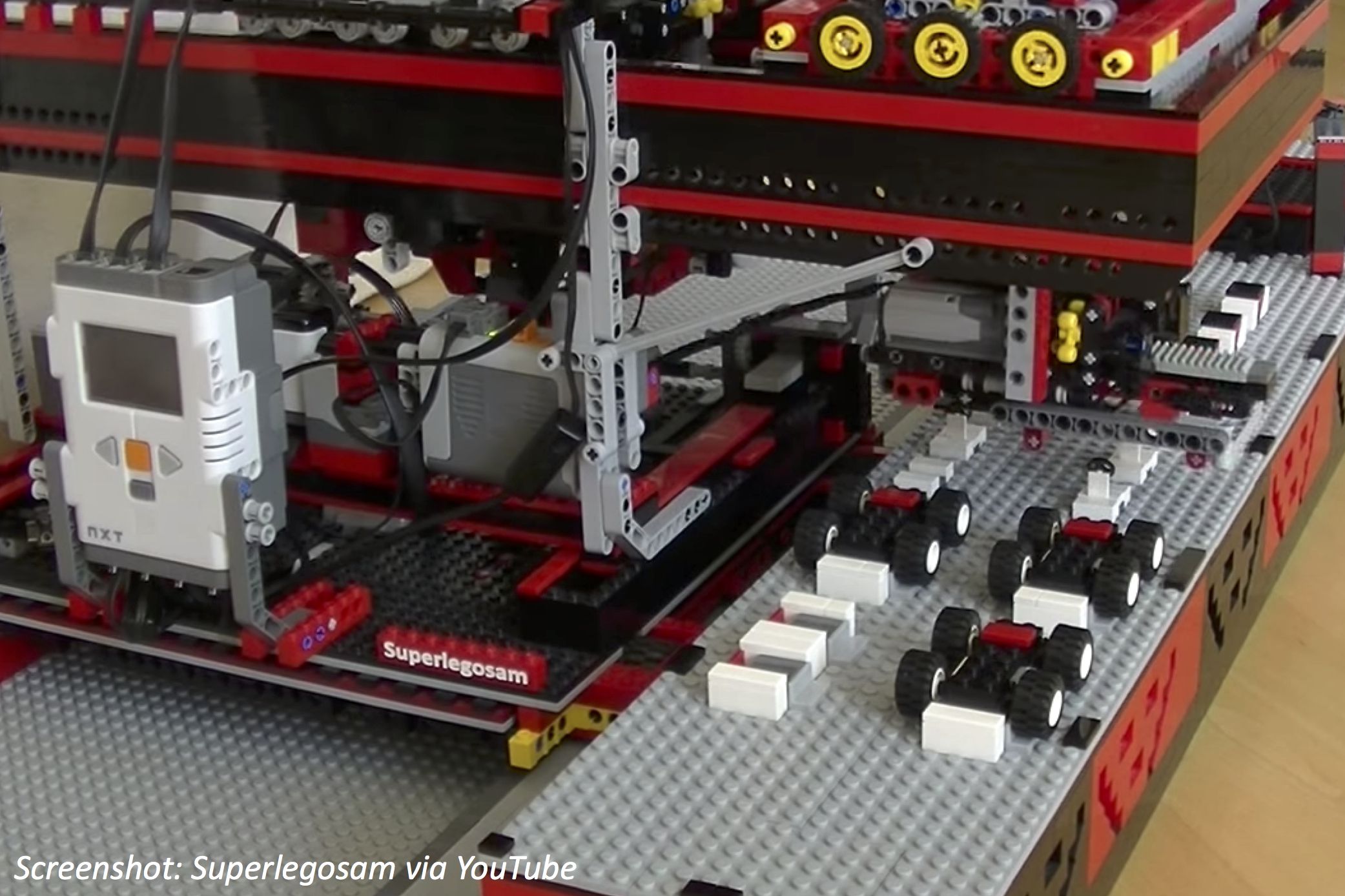 It's a blast to make things out of Lego, like castles, cars and robots. Well, as we see in this video, someone built a Lego robot that builds Lego cars itself! The robot factory grabs the body of the car, then grabs a steering wheel and presses it on. Then it sticks on the front hood, the back seat, and other bricks. In the end, out pops a car that looks exactly like the last 8-10 cars made. It takes a minute or more to stick on each piece, so you could build a car much faster than the robot. But if it's bedtime and you need 100 cars made by tomorrow, this robot could do the job for you.
Wee ones: If the Lego car starts with 4 wheels and a floor, how many pieces does the car have?
Little kids: If every car needs 2 pairs of wheels, how many pairs do 3 cars use in total?  Bonus: If you have 10 pairs in stock, how many cars can you make?
Big kids: If right now the robot makes 1 car every 30 minutes, how fast would it make a car if it made them twice as fast?  Bonus: At the new speed, how many can it crank out in 1 hour? (Reminder if needed: An hour has 60 minutes.) The sky's the limit: Without multiplying it all out, can you tell who will finish first: a robot building 28 cars spending 6 minutes on each, or a robot building 50 cars spending 3 minutes on each?

We inspire kids to love math
so they embrace and excel at it.

Soccer for Your Car

Whatever Floats Your Boat

Lots of Dogs, Lots of Legs

When the Plant Is the Boss

A Song Every Minute

The Secret Formula for Fighting Fires

Tongue Twister for Your Eyes

A Flower You Can Eat

Fun Fur for All

When You Wish Upon a Fluff

Where Every Day Is Your Birthday