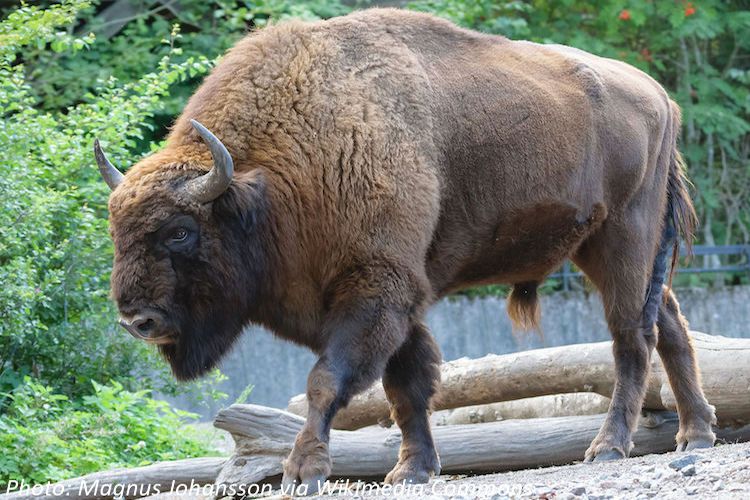 Buffalo, those big furry animals also called bison, are the second-biggest animals in North America. A buffalo’s body can be up to 11 feet long, and weigh up to 2,000 pounds! But that clunky buffalo can jump 6 feet in the air, right over your head! It can also run up to 30 miles an hour. Even though they’re fast, we can’t ride them like horses, because buffalo zigzag and aren’t good listeners. By the late 1800s there were just 541 buffalo in North America, but thanks to national parks there are now about 15,000 of them, plus another half million of them on farmers’ ranches. And they will all buck you off.

Wee ones: Who has more legs, you or a buffalo? Count the legs in the picture!

Little kids: If you’re 4 feet tall and a buffalo is 8 feet tall, how much taller is the buffalo? Bonus: Which weighs more, two 2,000-pound buffalo together, or a 3,000-pound car?

Big kids: If there were about 500 buffalo in the late 1800s, and then the population doubled twice, how many of them were there then? Bonus: How many more times does the number have to double to reach at least 15,000?

Answers:
Wee ones: The buffalo, which has 4 legs.