Home » A Buddy for Sunfish 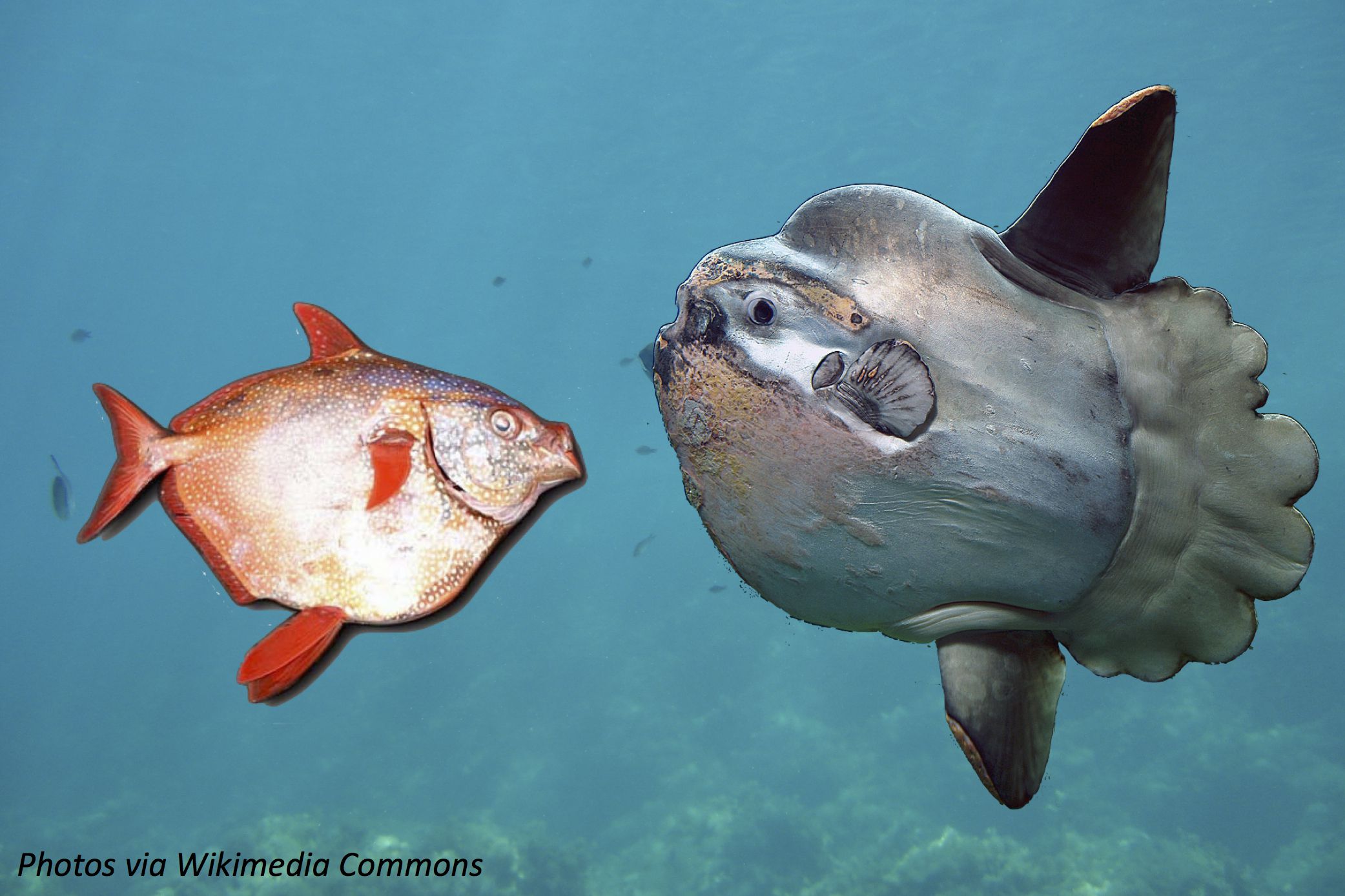 Did you know there’s a fish called the sunfish? And if that’s its name, what’s the opposite of a sunfish? A moonfish! These fish are pretty different from each other, other than the fact that they’re both fish. The sunfish is a huge, not-so-cute creature that can weigh 2,000 pounds or more and grow to as long as 12 feet. It likes to swim near the surface (top) of the water to warm up in the sun; sometimes people mistake it for a shark when its fin sticks out of the water. But the sunfish is nice to people and just eats jellyfish. The moonfish is another story: it’s warm-blooded like us humans, while most fish are cold-blooded. It’s also smaller than the sunfish, although the moonfish is still as big as a truck tire and weighs around 600 pounds. Also, while the sunfish is plain whitish-gray, the moonfish is orangey-pink with brightly colored fins. But whether they’re good-looking or not, they’re both too big to keep as a pet.

Wee ones: If you have 2 pet sunfish and 2 pet moonfish, how many fish do you have?

Little kids: If you have 9 pet fish and 6 of those are sunfish, how many could be moonfish?  Bonus:If a baby moonfish eats 3 jellyfish a day and its mom eats 10 times as many, how many does the mom eat?

Little kids: As many as 3 moonfish.  Bonus: 30 jellyfish.