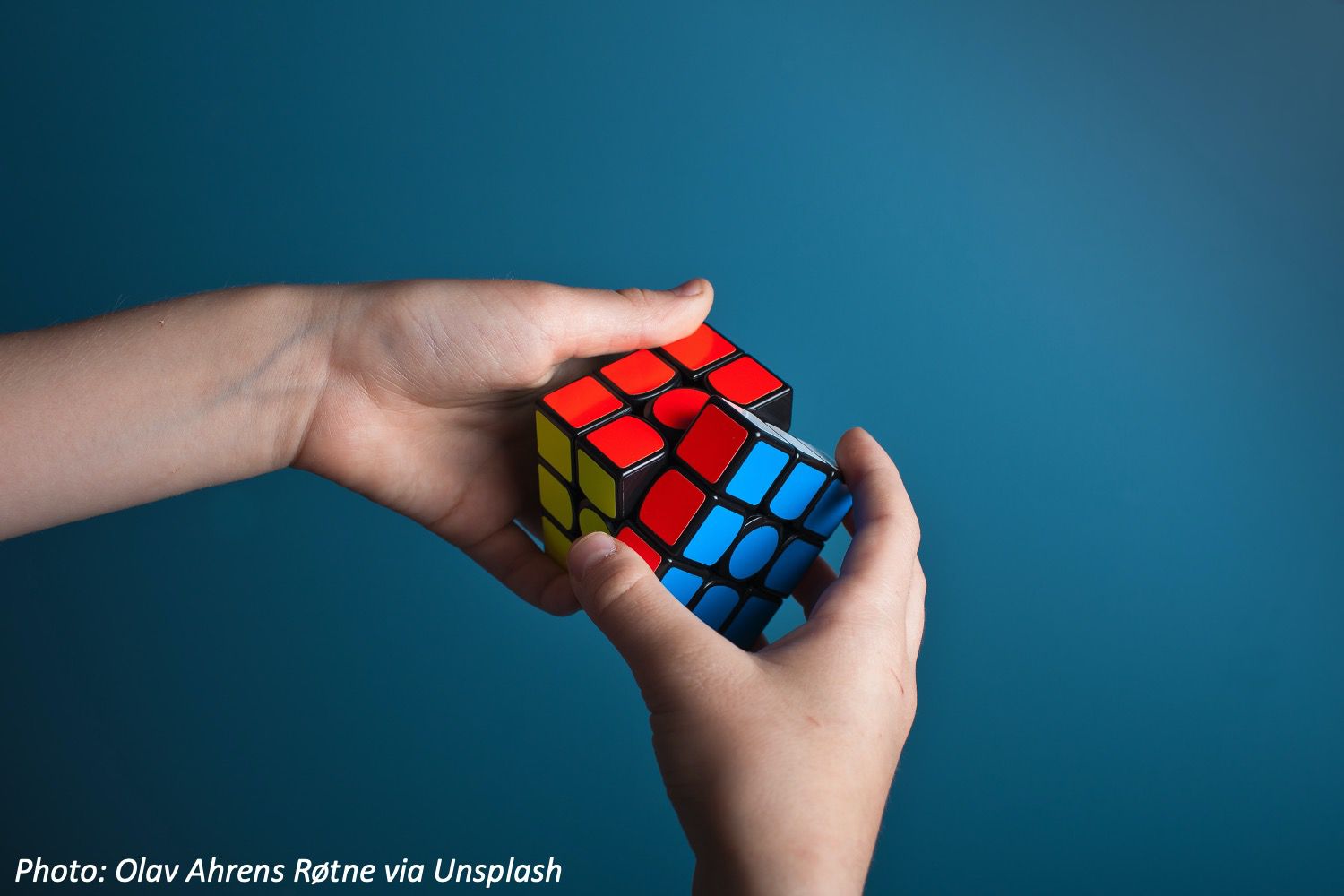 Have you ever tried to solve a Rubik’s Cube? It’s a puzzle made up of different colored squares you spin around with your hands – usually. It turns out some people can solve the puzzle with their feet! 8-year-old Atharva Bhat solved three Rubik’s Cubes at once: one Rubik’s Cube with his feet, plus one in each hand. And he did it in just under 1 minute and 30 seconds. That’s 6 seconds faster than the old world record. You’ve got to hand it to him for putting his best foot forward – and right, left, up and down!

Little kids: The face of a Rubik’s Cube has 9 little squares. If a face is all blue except for 1 yellow square, how many of those 9 squares are blue? Bonus: If the new record is 90 seconds and the old record was 6 seconds longer than that, how long was the old record?

Big kids: If a Rubik’s Cube has 6 faces with 9 squares on each face, how many squares does it have in total? Bonus: Atharva’s next goal is to set this record in 1 minute. Would that time be twice as fast as 1 minute 30 seconds? If not, what record time would be?