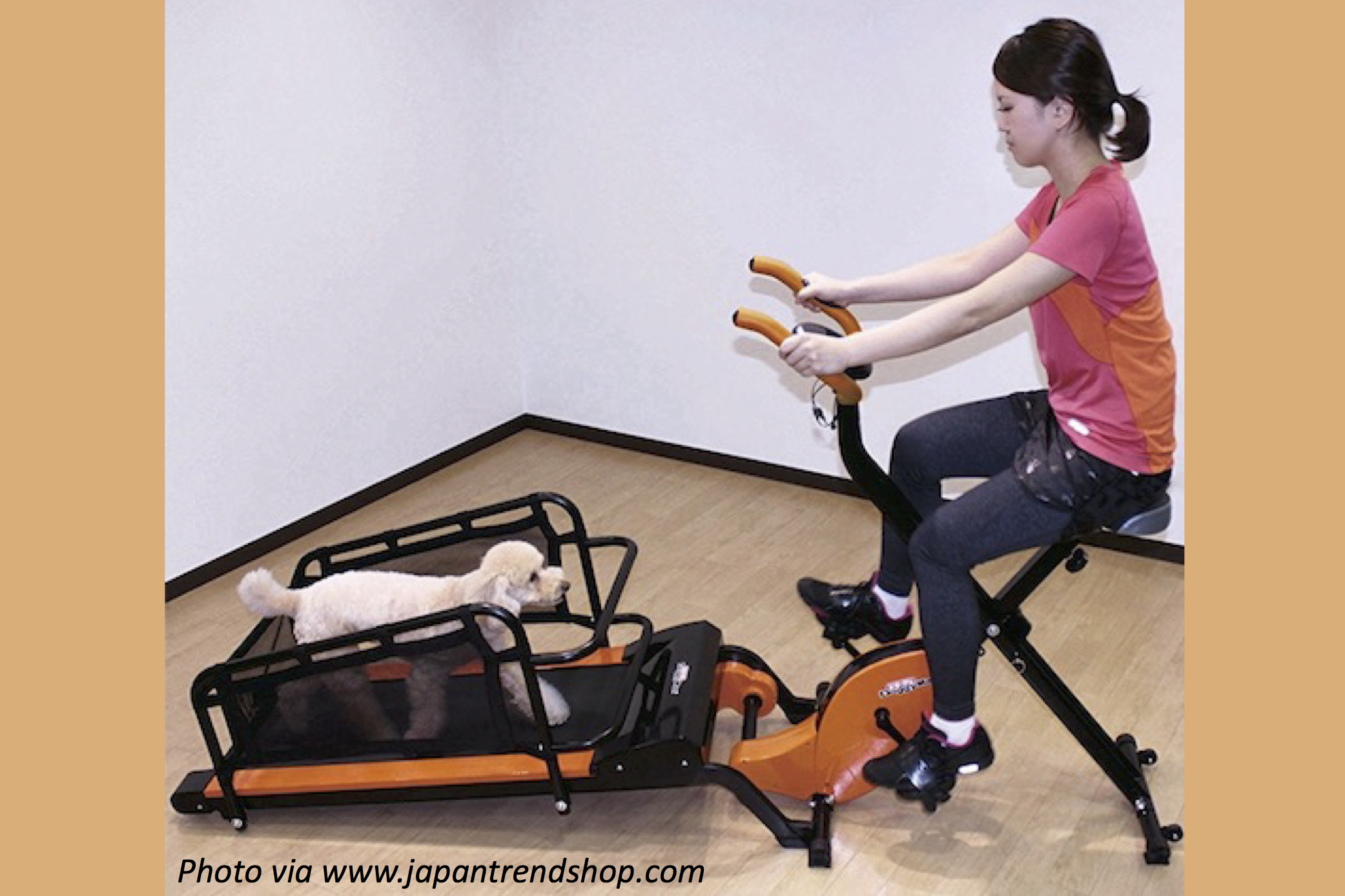 Dogs love to run with us, and usually the dog is faster. But it’s hard for dogs to keep up when we ride our bikes, because bikes go too fast. Well, some clever person has solved the problem. The machine in this picture is a stationary bike with a treadmill for your dog! A stationary bike is just a bike that stands still: you sit and pedal to spin the wheel. A treadmill is a flat, wide, bouncy moving belt that slides backward. So as you run forward on it, you don’t go anywhere (you just have to run fast enough not to go backward and fall off). Here, the biker’s pedaling makes the treadmill belt move, set at the perfect speed for any size dog. Now we can all exercise together — and the dog won’t run off to chase squirrels.

Little kids: How many feet do the biker and the dog have together?  Bonus: If the dog runs 10 steps at a time, then rests, how would you count up the first 70 steps by 10s?

The sky’s the limit: If for each dog step the biker has to step (pedal) 3 times, at what point has the biker taken 240 more steps than the dog?

Big kids: For 30 minutes.  Bonus: After the 31st step. The dog waited another 5 steps to reach 10, then another 6 steps, then another 7…so the woof comes 8 steps after that.