Home » Toy Tiger on a Trip 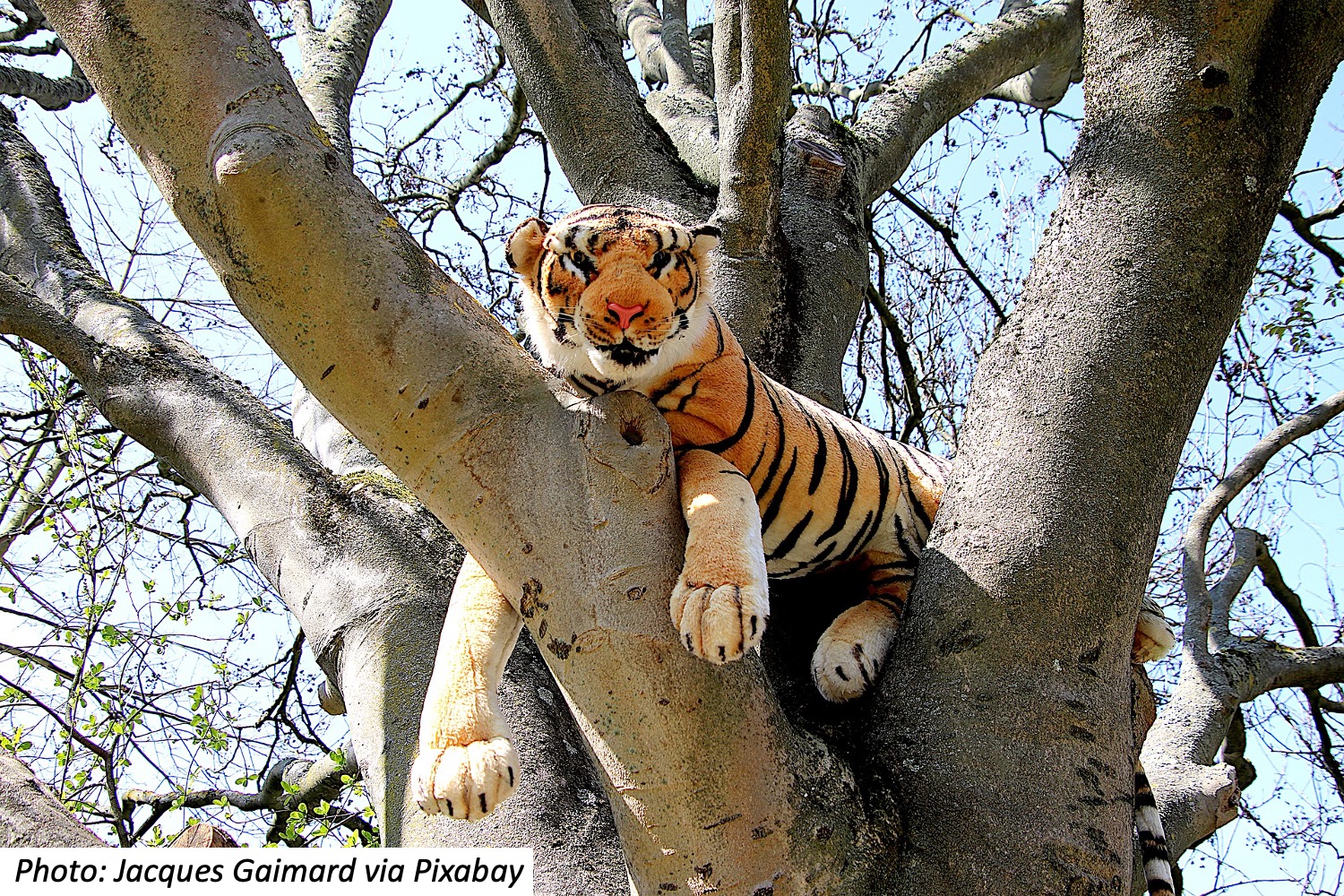 Do you have a favorite stuffed animal? One little boy named Owen loves his stuffed tiger, Hobbes. But on a trip to Houston, Texas, Owen left Hobbes behind in the Tampa Bay airport by accident. He was so upset when he realized he’d lost him. Luckily, an airport worker found Hobbes — and then, while they waited for Owen to fly back home to Tampa, he took Hobbes on his own adventure around the airport. He showed him the traffic control tower, an ice cream shop, the airport gym, and even the Marriott hotel pool. He took photos of Hobbes in each spot, and glued the pictures together to make a book. When Owen flew back to Florida, he found Hobbes and his photo book waiting in the Lost and Found! Now Owen and Hobbes are happily together again, and ready for their next adventure.

Wee ones: If Hobbes visited the traffic control tower, the ice cream shop, the gym and the pool, how many places did Hobbes visit?

Little kids: If Hobbes took 2 photos in each of those 4 spots, how many photos did the book have? Count up by 2s!  Bonus: If Owen flew out midday Friday and came back to Tampa midday on the next Tuesday, how many days later was that?

Big kids: If Hobbes spent 10 minutes at the gym, twice as long eating ice cream, and 10 minutes longer riding a luggage cart than he spent eating, how long did those adventures take all together?  Bonus: What fraction of that time did he spend riding the cart?