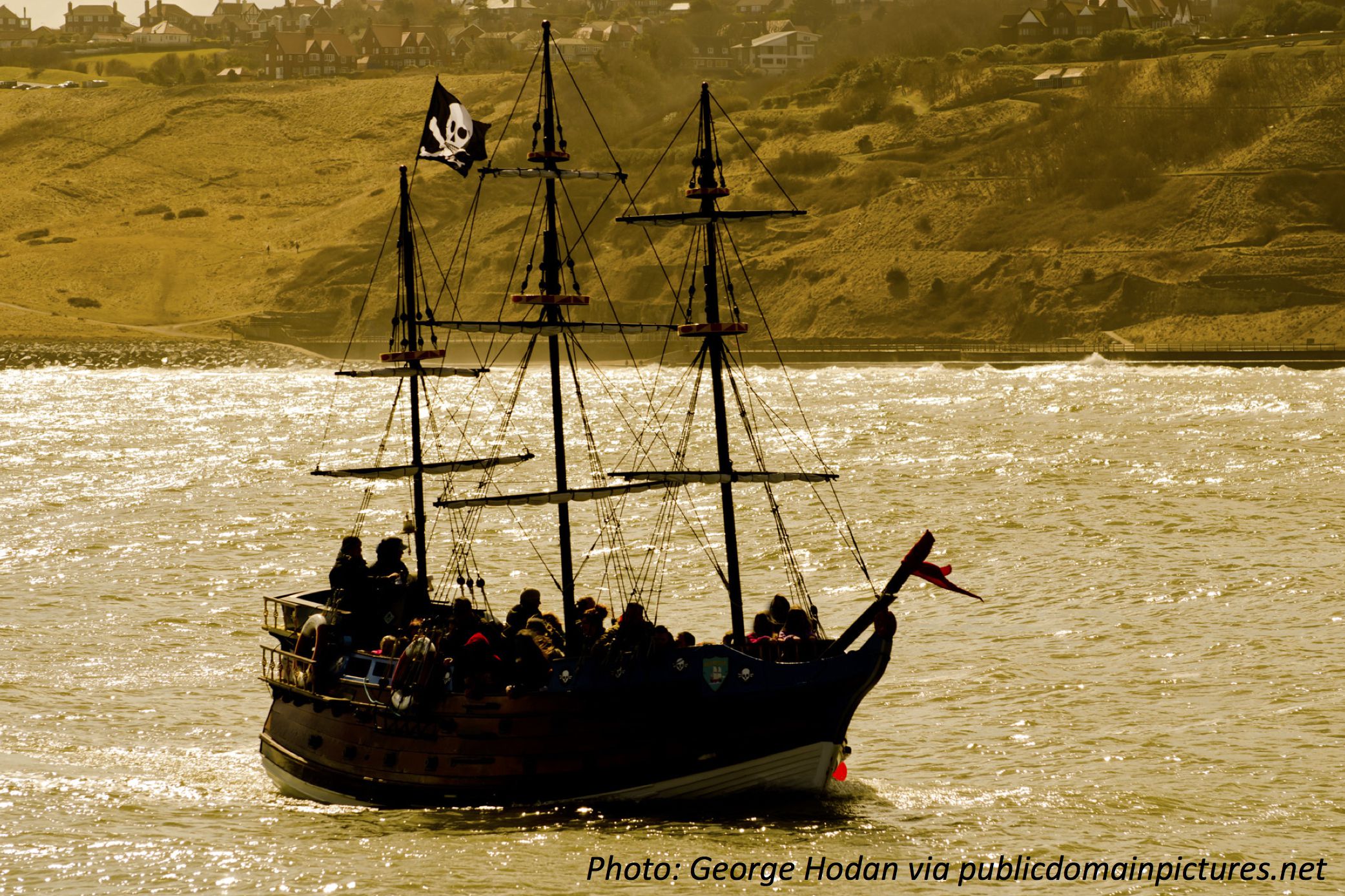 So today is Talk Like a Pirate Day. These bad guys dressed in crazy clothes have been around hundreds of years, capturing ships and stealing their money. “Sea Dog” Francis Drake was actually paid by the Queen of England to attack Spain’s ships. But let’s give them credit: pirates had to be good at math. Back in the 1600s sailors didn’t have phones or even good maps. So they used the sun to figure out where they were. They could tell how far north they were by the height of the sun at noon. But east/west was much harder: the sun rises everywhere at some time, so how did you know how far west you’d sailed? Finally they realized that if you measured how long you’d sailed using a clock, you could figure it out. And that was a good reason to say “Aarrghhh!”

Wee ones: Look at a clock that has hands (not just numbers). Point to the short hand. Now point to the long hand.

Answers:
Wee ones: Find the “hour” hand (the short one), then the “minute” hand (the long one).