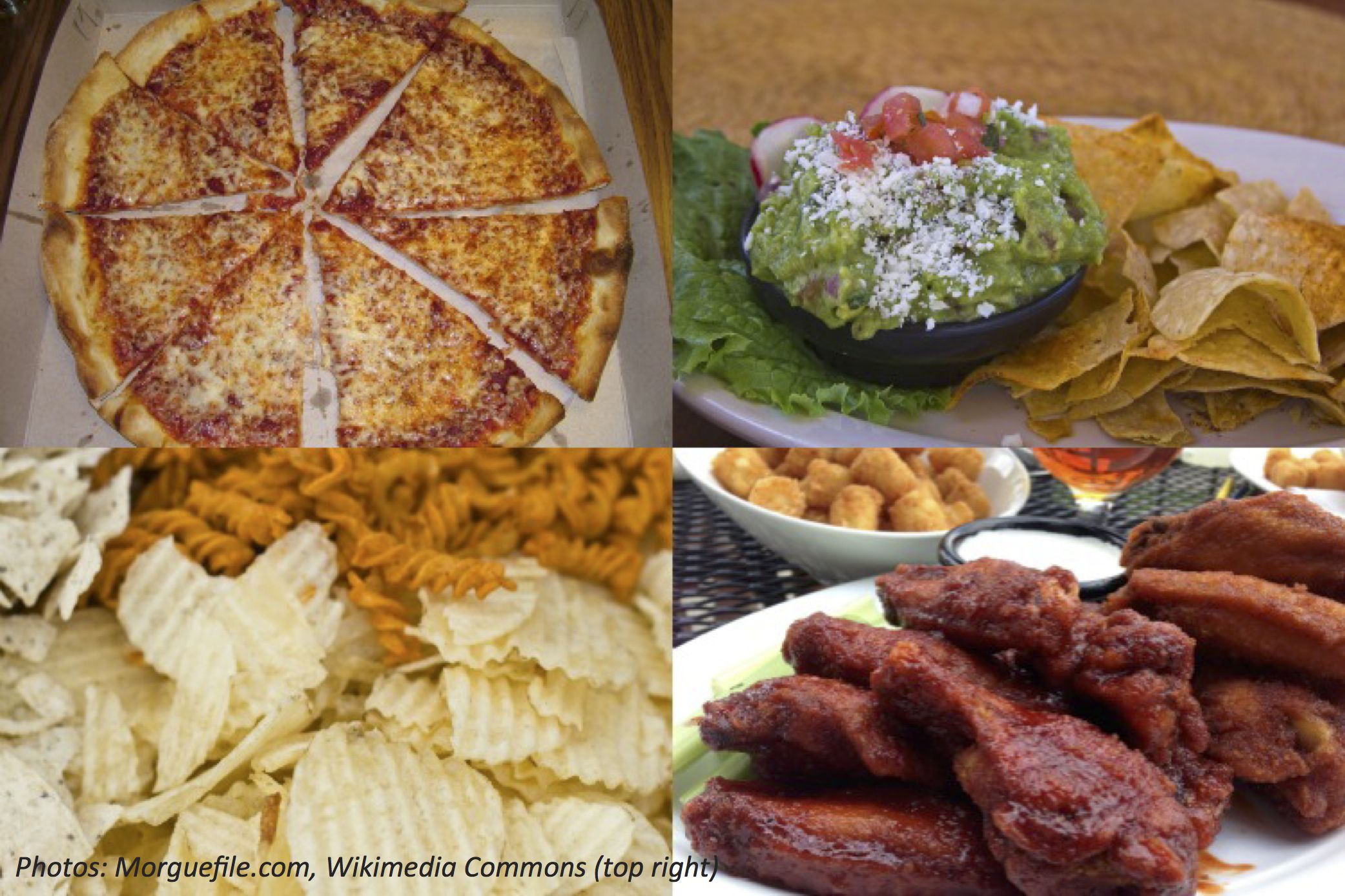 It’s the Super Bowl, America’s most important football game. Millions of people watch — and eat a ton of food. Professor David Just figured out that during the Super Bowl Americans eat 3 times as much food as we should eat in a day. Food has “calories,” the amount of energy it gives you, and the fattier the food, the more calories. Grown-ups need about 2000-3000 calories a day, but during the Super Bowl people eat 6,600 calories! The bad news is, if you don’t burn off extra calories by moving around, they stay in your body as fat. Today Americans will eat more than 1 billion chicken wings, 11 million slices of pizza, 11 million potato chips, and 8 million pounds of tortilla chips…and the fans of the losing team will eat more than the winner’s fans.

Wee ones: If during the game you eat chicken wings, pizza, potato chips, tortilla chips, and cookies, how many foods is that (and how full do you feel)?

Little kids: If you, your dog, and 5 friends watch the game, how many people need to be fed? Bonus: If each person eats 2 slices of pizza, will a 16-slice pizza be enough for you all?

Big kids: If a slice of pizza has 600 calories and your uncle eats 6 slices, how many calories does he eat just from that? Bonus: We can burn off about 300 calories an hour by exercising. If he should eat only 3,000 calories a day, how long does he have to run to work off the extra fat?

The sky’s the limit: If America eats 1 billion chicken wings and they come 10 to a box, how many boxes of wings do we eat?

Little kids: 6 people — the dog doesn’t count, even if he likes pizza. Bonus: Yes, since you’ll all eat 12 slices.