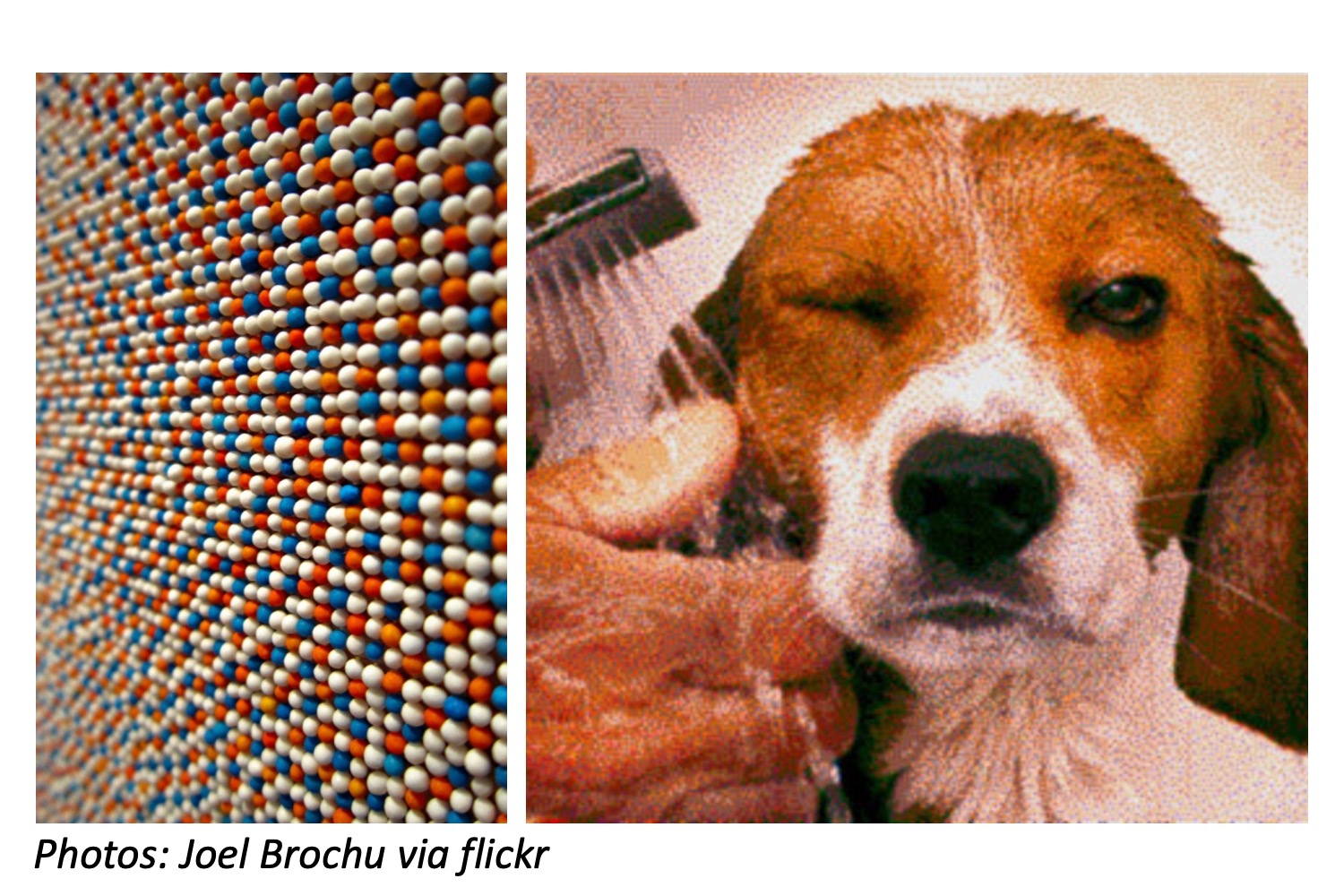 This picture looks like a photo of a beagle getting a shower, but it isn’t a photo at all. It’s a picture made from 221,000 sprinkles lined up to look like a photo! Art student Joel Brochu created this using just red, orange, green, blue, black, and white sprinkles. They’re the tiny ball-shaped ones, and he used tweezers to stick them in perfect rows and columns on double-sided tape. He filled this 4-foot by 1-1/2-foot rectangle with almost a quarter million sprinkles! As the close-up shows, he made shades of other colors like brown and orange by mixing red and green, or red and yellow. Either way, they all taste the same.

Wee ones: If Joel used red, orange, green, blue, black, and white sprinkles, how many colors is that?

Little kids: If you stick on a red sprinkle, then a blue, then a green, then a red again, a blue again…what color comes next?  Bonus: If you use 10 sprinkles of each of the 6 colors for the dog’s nose, how would you count them up by 10s?

The sky’s the limit: The dot picture has some number of equal-length rows of sprinkles running across and down. If it used just 221 sprinkles, what are the only 2 numbers that could be the number of rows and columns? (That is, the only pair of numbers that multiplies out to 221.)