Home » How Much Does a Dinosaur Weigh? 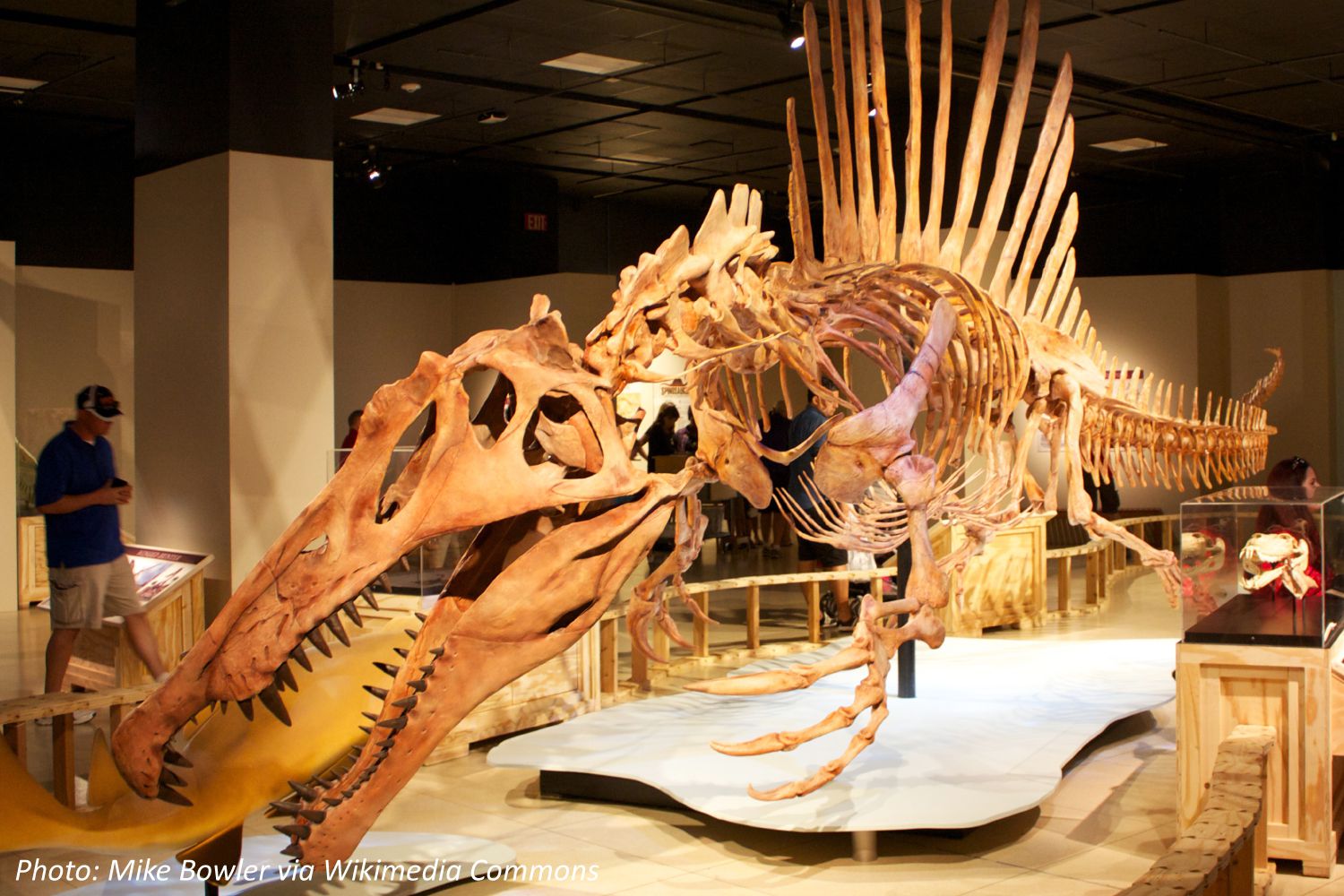 We don’t have live dinosaurs running around today who could step on a bathroom scale and weigh themselves. But how much DID they weigh? Well, scientists have tried to guess. Take the spinosaurus, which true to its name had huge 5-foot spines along its back. We have only bones to help guess the weight; we don’t know how much skin, fat and muscle this fellow had. We do know these dinos were about 50 feet long, which is longer than most whole houses, and easily stood over 10 feet tall, way taller than your bedroom ceiling. The whole animal could have weighed anywhere from 8 to 23 tons. By comparison, a car weighs about 2 tons. Even if you had a pet spino dino, it couldn’t fit on a bathroom scale anyway!

Wee ones: Who’s taller, you or a 5-foot-tall spine on a spinosaurus? Find out your height in feet!

Little kids: How much taller than you is that 5-foot spine — or how much taller are you?  Bonus: If you have 10-foot measuring tapes, how many of those would you have to lay end to end to measure that 50-foot dino?

Big kids: A 23-ton spinosaurus would weigh almost 3 times an 8-ton one, if that turned out to be right. How much would YOU weigh if you turned out to weigh 3 times as much?  Bonus: How much more does a 23-ton stegosaurus weigh than a 6-ton elephant, in pounds? (Reminder if needed: A ton has 2,000 pounds.)

Answers:
Wee ones: Different for everyone…see if your height is more or less than 5 feet.

Little kids: Different for everyone again…subtract your height from 5, or subtract 5 from your height.  Bonus: 5 tapes.

Big kids: Different again…multiply your weight by 3. You can also add it to itself, then add it on 1 more time.  Bonus: 34,000 pounds, since it weighs 17 tons more.