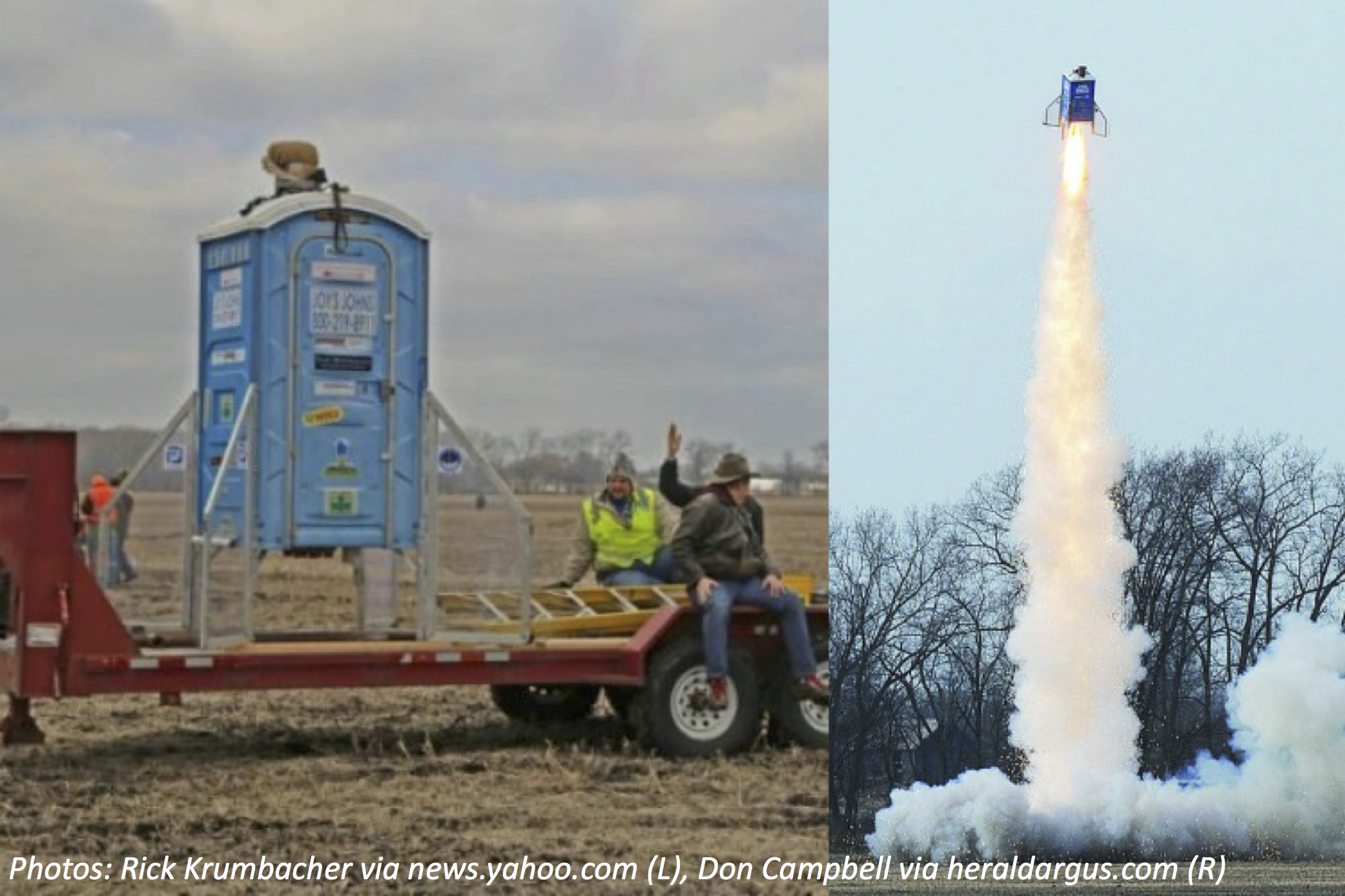 What do you picture when you think of a rocket? Probably a tall, thin, round pointed shape with fiery engines. But we’ve learned that almost anything can be a rocket — including a toilet. The Michiana Rocketry Club in Michigan decided to launch a portapotty into the air. A portapotty is a big box with a potty inside that you can set up anywhere people need a bathroom. Usually they stay on the ground, but the Michiana folks strapped one to an engine, nailed on four metal fins to help it fly straight, and shot the 450-pound invention up into the air. The toilet flew for 38 seconds, eventually landing about 2,000 feet away — and using $2,600 of fuel on the trip. Thankfully, no one was inside.

Wee ones: How many toilets do you have in your home? Count them up!

Little kids: The project leader said “anyone” can strap together a nosecone, a round frame, and 4 fins to make a rocket. How many parts is that?  Bonus: If you launched a flying vacuum cleaner that flew 29 seconds, and this toilet flew for 38, which one had a shorter trip?

Big kids: If the toilet reached its highest point halfway through its 38-second flight, how long into the flight did it peak?  Bonus: If someone had ridden this toilet rocket, and peeked out for the middle 10 seconds of the flight, how long after takeoff would they have started?

Answers:
Wee ones: Different for everyone…see what number you get!