Home » How to Make Your Own Helicopter 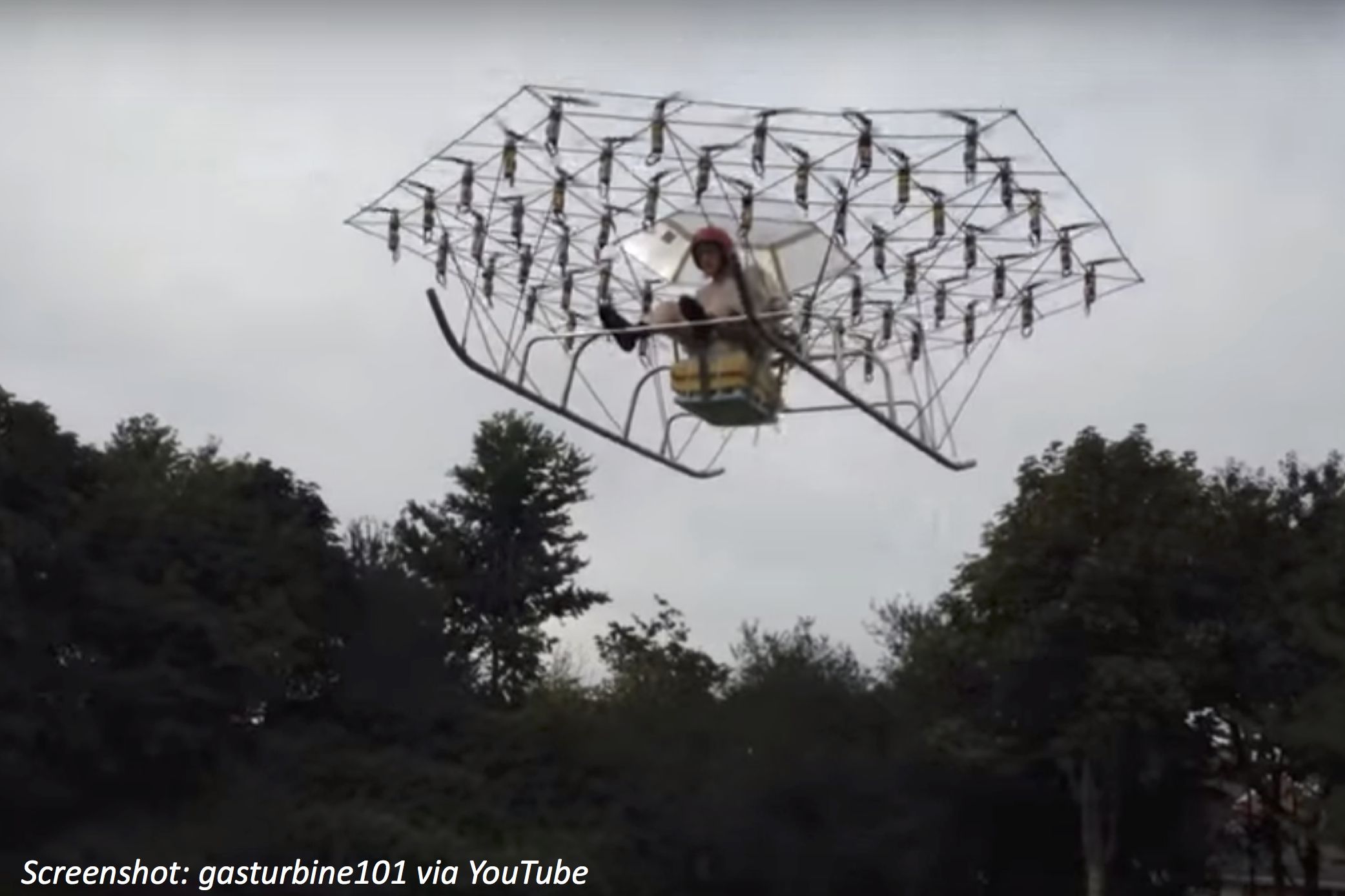 A helicopter is a big, heavy machine that needs lots of room to take off and land. But this guy really wanted a helicopter. So he built one out of lots of tiny toy helicopters called drones. Drones are remote-controlled spinny objects that carry things, not people. By strapping 54 of them to a frame, he made his own chopper that picks him right up off the ground! As we see and hear in the video, the drones together sound like a swarm of bees. They can fly on battery for 10 minutes — long enough take you to a lot of crazy places.

Wee ones: The blades on top of a helicopter spin. Spin yourself to the right. Now spin to the left!

Little kids: If the motor rotor uses drones, batteries, a frame, a chair, and an umbrella, how many types of parts is that?  Bonus: How many of the 54 drones would he have to take away to have one for each of America’s 50 states?

Big kids: If the guy paid $100 for each of the 54 drones, does that cost more or less than a $500,000 helicopter?  Bonus: In most sets of drones, half the propellers turn one way while the rest spin the other way. Of the 54 drones here, how many should spin clockwise?

Answers:
Wee ones: Try spinning in each direction — without getting dizzy!