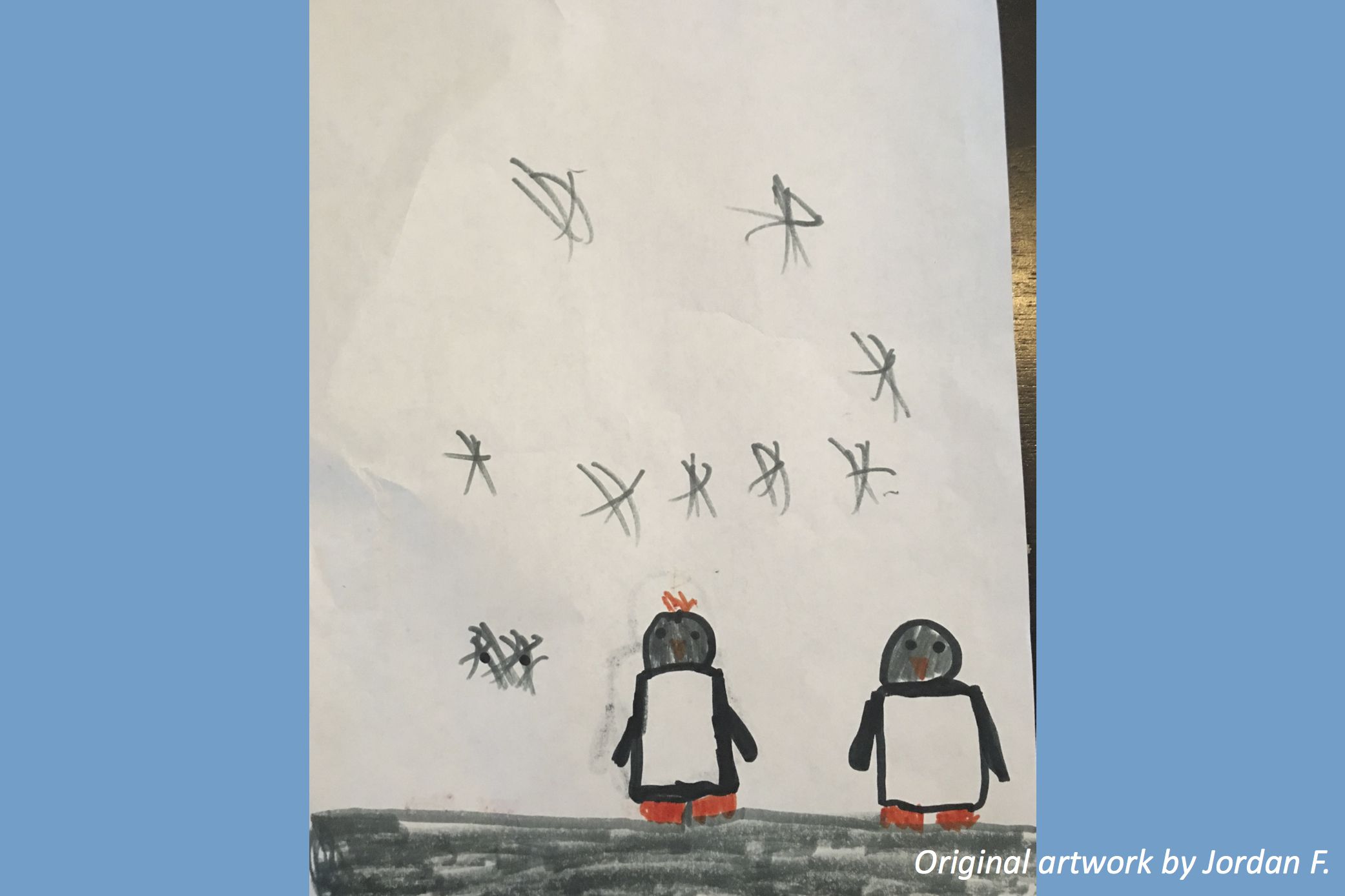 Our fan Jordan F. asked us, how many penguins are there in the world? (along with sending a great picture!) There are many “species” or types of these funny, waddling birds, and scientists have counted up some of them by taking pictures from way up in space. There are about 8 million chinstrap penguins, who really look like they have a chinstrap, and about 8 million adelie penguins. Then throw in 4 1/2 million king penguins, and almost 1 million emperor penguins. Magellanic penguins, named after the explorer Magellan, number around 3 1/2 million, and southern rockhopper penguins with their funny feathery heads add another 2 million. The 18 million macaroni penguins almost outnumber them all! When you add in other species, it comes to around 48 million birds…and lots of cute baby penguin chicks each year.

Wee ones: Many penguins have white tummies and black backs. Lie on the floor face down. Now roll halfway so you face up.  Roll halfway 2 more times. Which way are you facing?

Big kids: If you add up just the 4 1/2 million king penguins and 3 1/2 million Magellanic penguins, how many penguins is that?  Bonus: Can you “spell” 48 million as a number, using digits?

Answers:
Wee ones: Up, since you’ll face up-down-up.

The sky’s the limit: 8 king penguins. If you have 2 kings and 4 emperors for each rockhopper, that makes a set of 7. Together 4 of those sets make 28 penguins total, and 4 sets will have 4 x 2 or 8 king penguins.