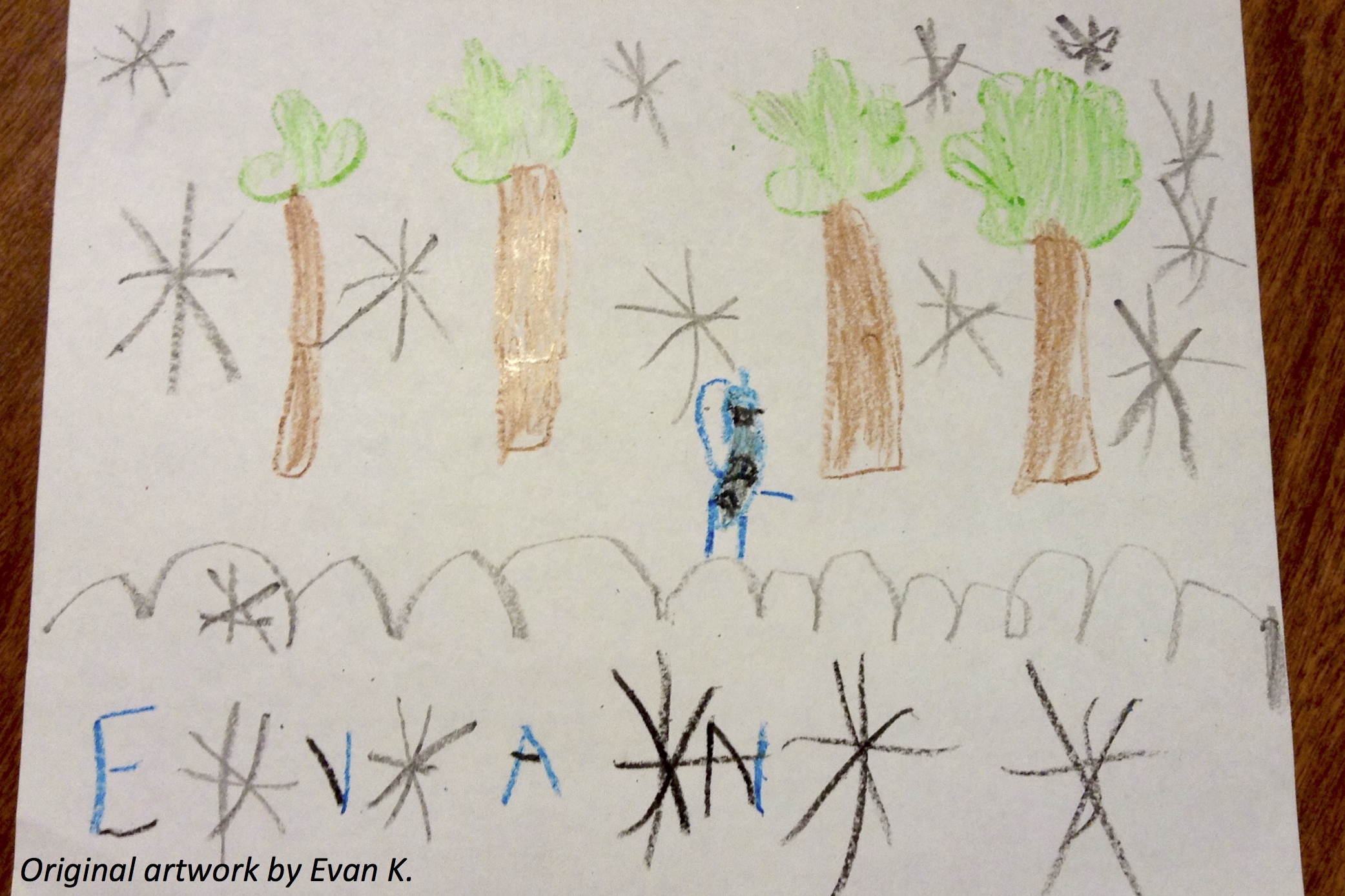 Wee ones: Which weighs more, 2 pounds of snow or 5 pounds of wood?

Little kids: A 1-foot square of snow 10 inches deep can weigh 10 pounds! If you shovel 5 square feet, what numbers do you say to count up the weight in 10s?  Bonus: To compare, a 50-foot pine tree weighs about 2,000 pounds (2 thousand). If a tree twice as tall weighs twice as much, how much does it weigh?

Big kids: If each snowstorm brings 5 inches of snow, how many snowstorms would it take to pile the snow taller than you?  Bonus: A thousand millions is called a “billion.” If Canada has 1 million square miles of forest with 2,000 (2 thousand) trees per square mile, how many trees do they have?

Answers:
Wee ones: The 5 pounds of wood.

And thank you Evan for the cool question and awesome drawing!