Home » Lego You Can Eat 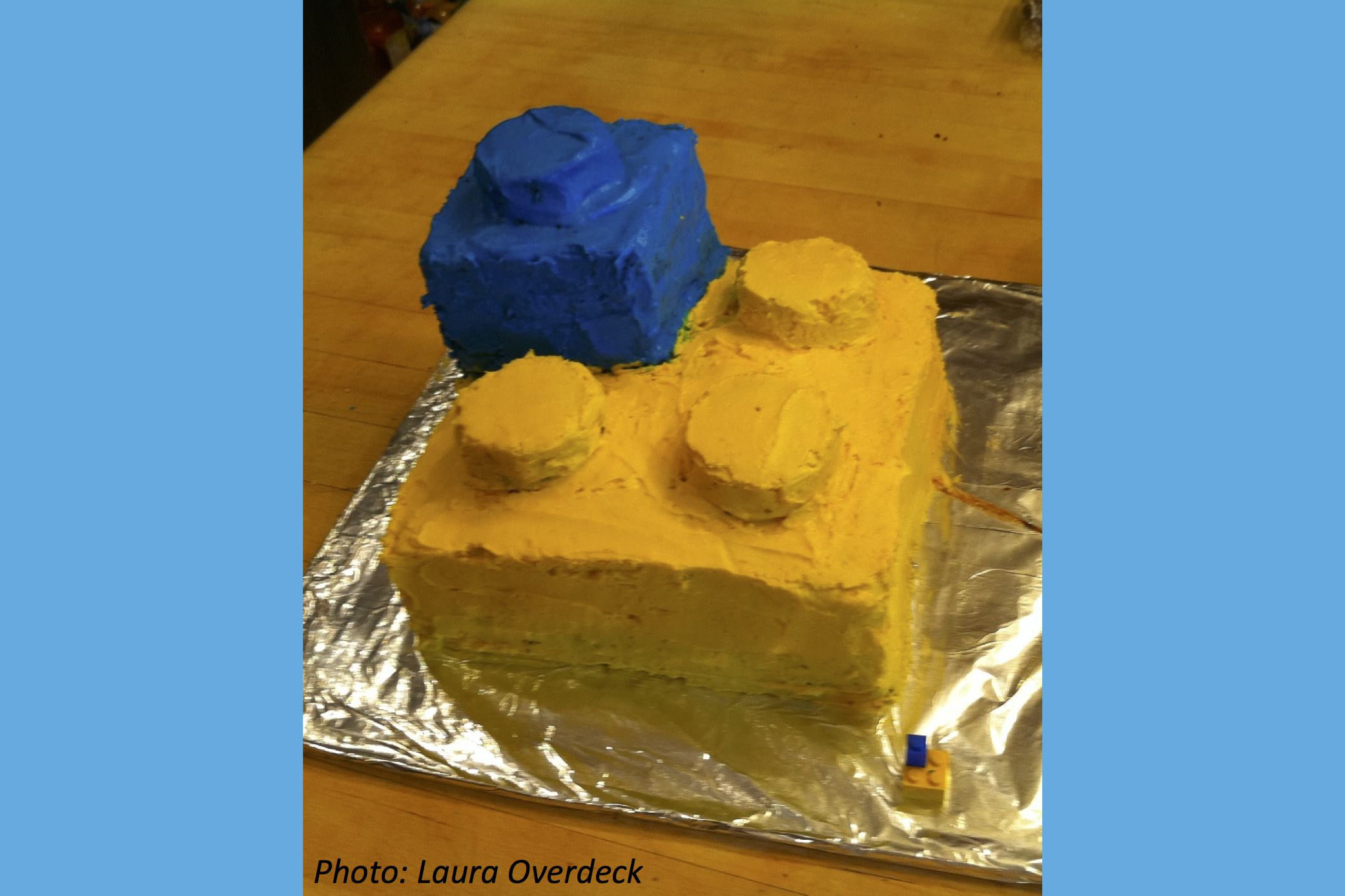 Those big Lego bricks look a little funny, don’t they? Well, it’s because they’re actually a giant cake. The bumps on top are upside-down cupcakes, hidden under icing! In the bottom right corner you can see the teeny real Lego that the cake copied. When we build bigger versions of objects, we have to go bigger in every direction. So if that cake is 10 times as wide as the Lego, it also needs to be 10 times as tall, and 10 times as deep back to front. So that cake can hold 10 times 10 times 10 bricks, or 1,000 of them! Toy dolls, cars and trucks do the opposite: they’re smaller versions of the real thing. But it’s even better if you can then eat what you made.

Wee ones: Which is smaller, the blue piece of cake or the yellow piece?

Little kids: How many Lego “bricks” do you see, including the toy bricks and the cake ones?  Bonus: If you line up 12 Lego bricks along the bottom edge of the cake, what number brick do you put down next?

The sky’s the limit: What if the cake is 5 Lego bricks wide, 5 deep and 5 tall? How many Lego bricks would it take to fill it?

Answers:
Wee ones: The blue cake is smaller.