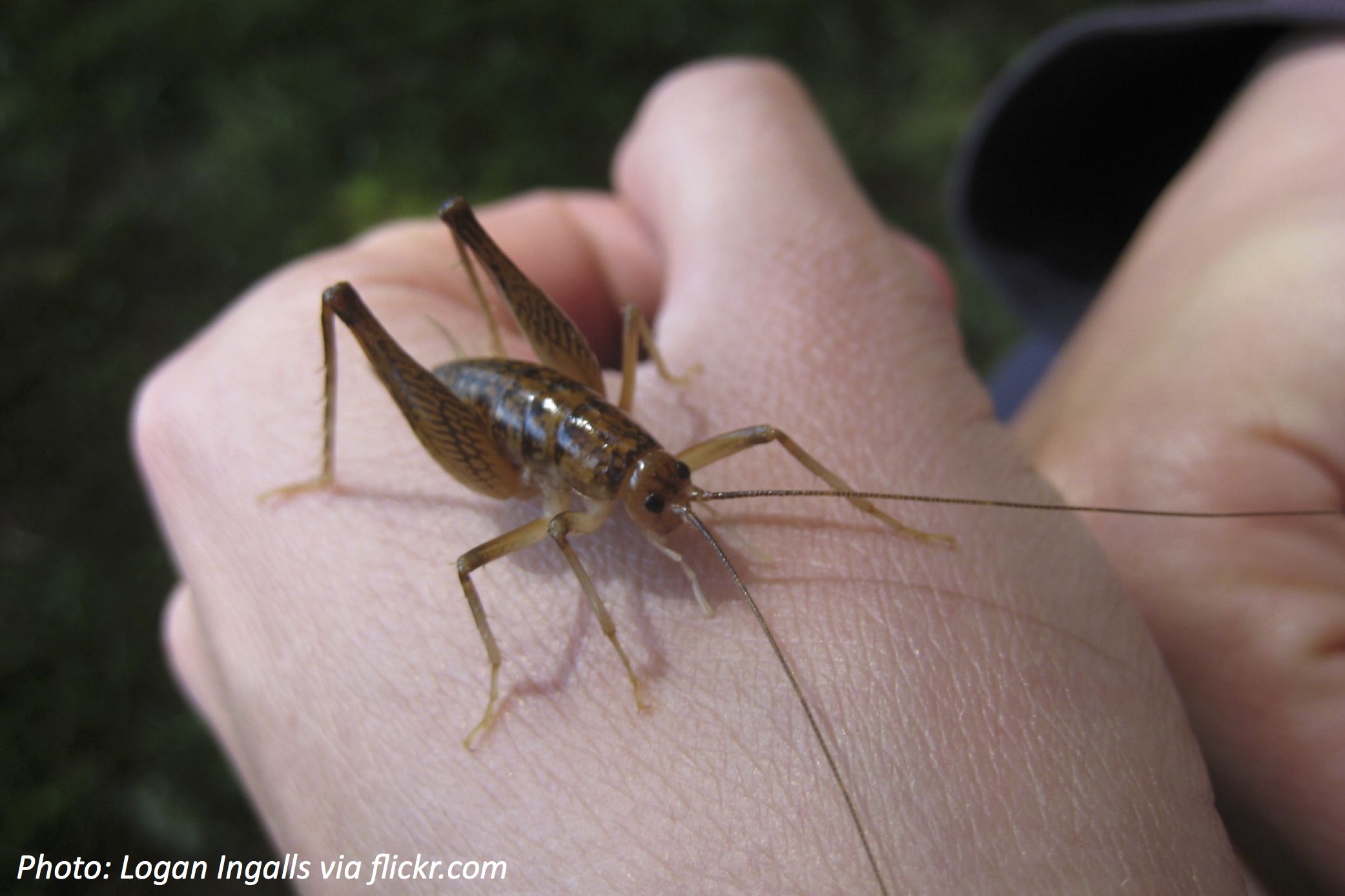 We humans aren’t the only creatures who can do math. Some of our six-legged friends are just as good with numbers. As the weather gets warmer you might hear crickets chirp, which they do by rubbing their legs together (the boy crickets, at least). The warmer the weather, the faster they chirp. Here’s the kicker: you can use their speed of chirping to figure out the temperature! The temperature is a number in degrees that tells you how hot something is, and the higher the number, the hotter. For a rough guess, count the number of chirps in 14 seconds, then add 40. That will tell you the outside temperature in degrees Fahrenheit. Try it out and amaze your family and friends!

Wee ones: If you’re counting cricket chirps, what number do you say right before the 7th chirp?

Little kids: A cricket has 6 legs, like any insect. If he’s rubbing 2 legs together to chirp, how many legs does he have left to stand on?  Bonus: If you’ve been counting for 9 seconds, how many seconds until you have your full 14 seconds of chirps?

Big kids: If you count 20 chirps in that magical 14 seconds, what’s the outside temperature in Fahrenheit? (Reminder if needed: You count the chirps, then add 40.) Bonus: If a cricket chirps 3 times per second, is it warm enough out to melt a chocolate bar, which melts at 88 degrees?