Home » The Building That Won’t Fall Over 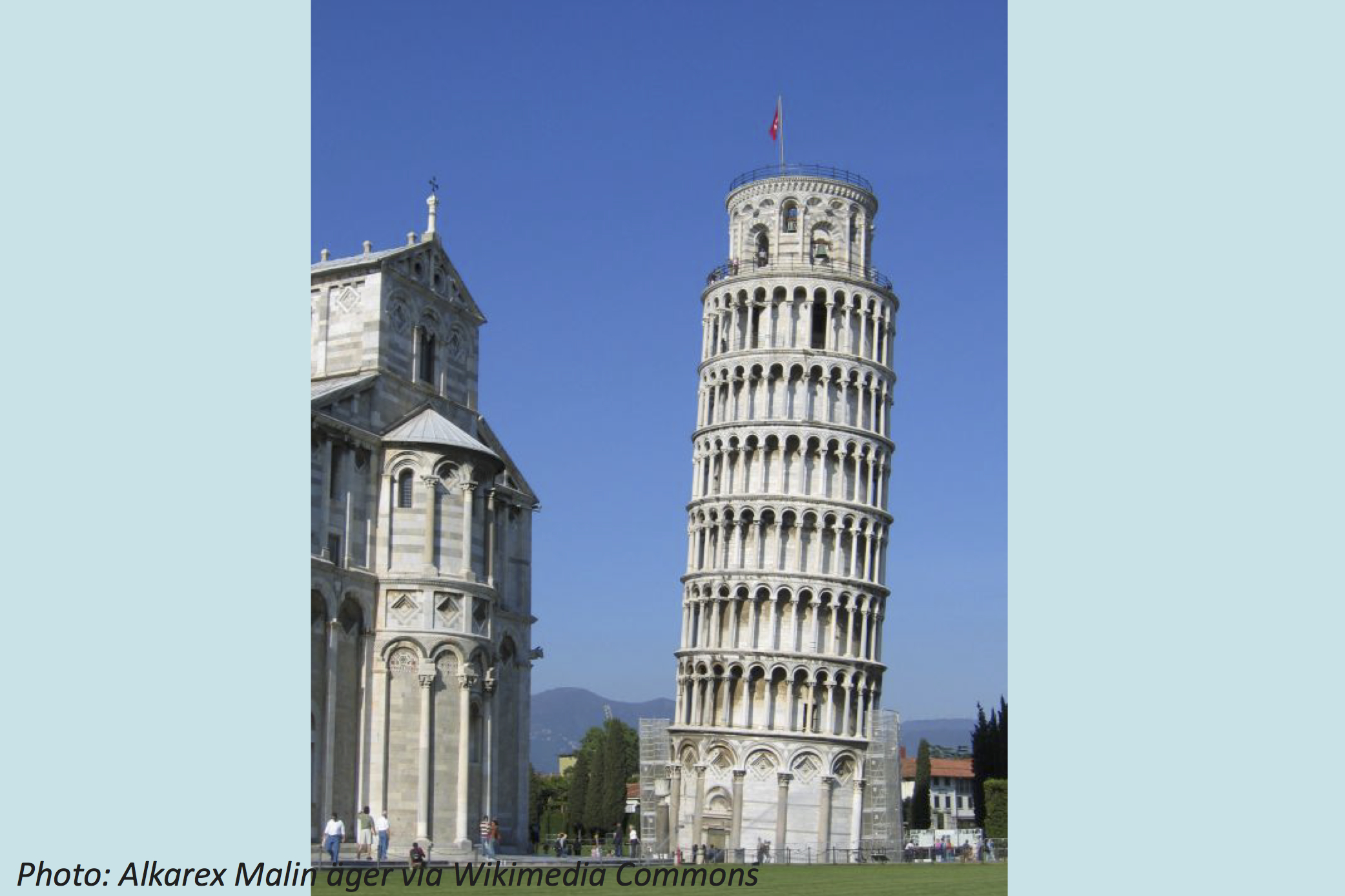 Whether they’re small houses or tall skyscrapers, the buildings we live in have nice straight walls to hold up our ceilings. But that’s not true for every building out there. The famous Leaning Tower of Pisa in Italy has been leaning on an angle for more than 600 years, and without falling! It took 199 years to build, starting in 1173, but stood straight for only the first 5 years. As soon as they added the 3rd story, it started tilting. The problem is, the tower is really heavy for its height. It’s only about 183 feet tall, but it weighs 16,000 tons! Worse yet, it was built on soft clay that couldn’t hold up the building. Over the next few centuries, builders kept adding more stories and making changes in hopes of fixing the tower. By 2001 builders gave up and left it as it stands today. After all, if it hasn’t fallen over for more than 800 years, it hopefully never will!

Wee ones: Stand up straight, then tilt your body to the left as far as you can. Now tilt to the right!

Little kids: The tower now has 7 floors. How many floors did they add after the first 2 good ones?  Bonus: The first 2 stories were finished in 1173. If it then stood straight for 5 years, when did it start tilting?

Answers:
Wee ones: See if you can figure out your left from your right!