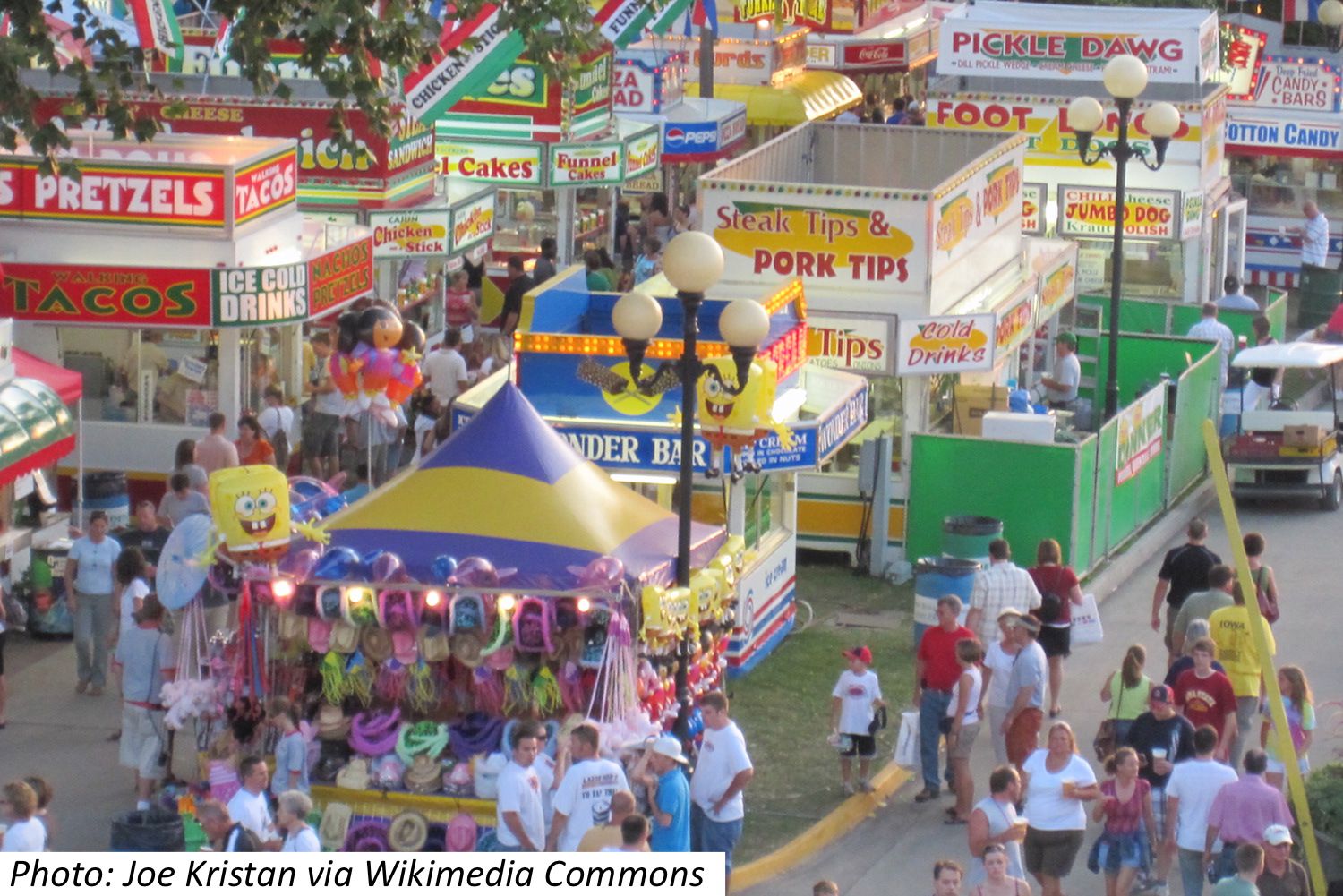 Today’s the perfect time to travel to Iowa, because it’s holding its big state fair! The Iowa State Fair is one of our country’s biggest and best-known. More than 1 million people show up to check out crafts, animals, and of course, food. Lots of the treats from the 200+ food stands are fried on a stick. But one food doesn’t need a stick, because it comes on a handy cob. Yes, Iowa grows more corn than any other state. Corn has some cool math. Ears grow an even number of rows, usually 16. Those rows add up to around 800 kernels in an average ear. An Iowan farmer holds the world record for most ears grown on a single plant, with 16. It’s only fair that Iowa holds that record!

Wee ones: If the Iowa State Fair lasts for 11 days, does it run longer than 1 week?

Big kids: Corn is sold in big containers called “bushels.” Does a 56-pound bushel of corn weigh more than you? What’s the difference between the 2 weights? Bonus: The Iowa State Fair was first held in 1854. What’s the biggest number you can make from those digits?

Big kids: Different for everyone…find out your weight, then subtract it from 56 if it’s a smaller number, or subtract 56 from it if your weight is greater than 56. Bonus: 8,541.

The sky’s the limit: 50 kernels per row.