Home » Lots of Love and Latkes 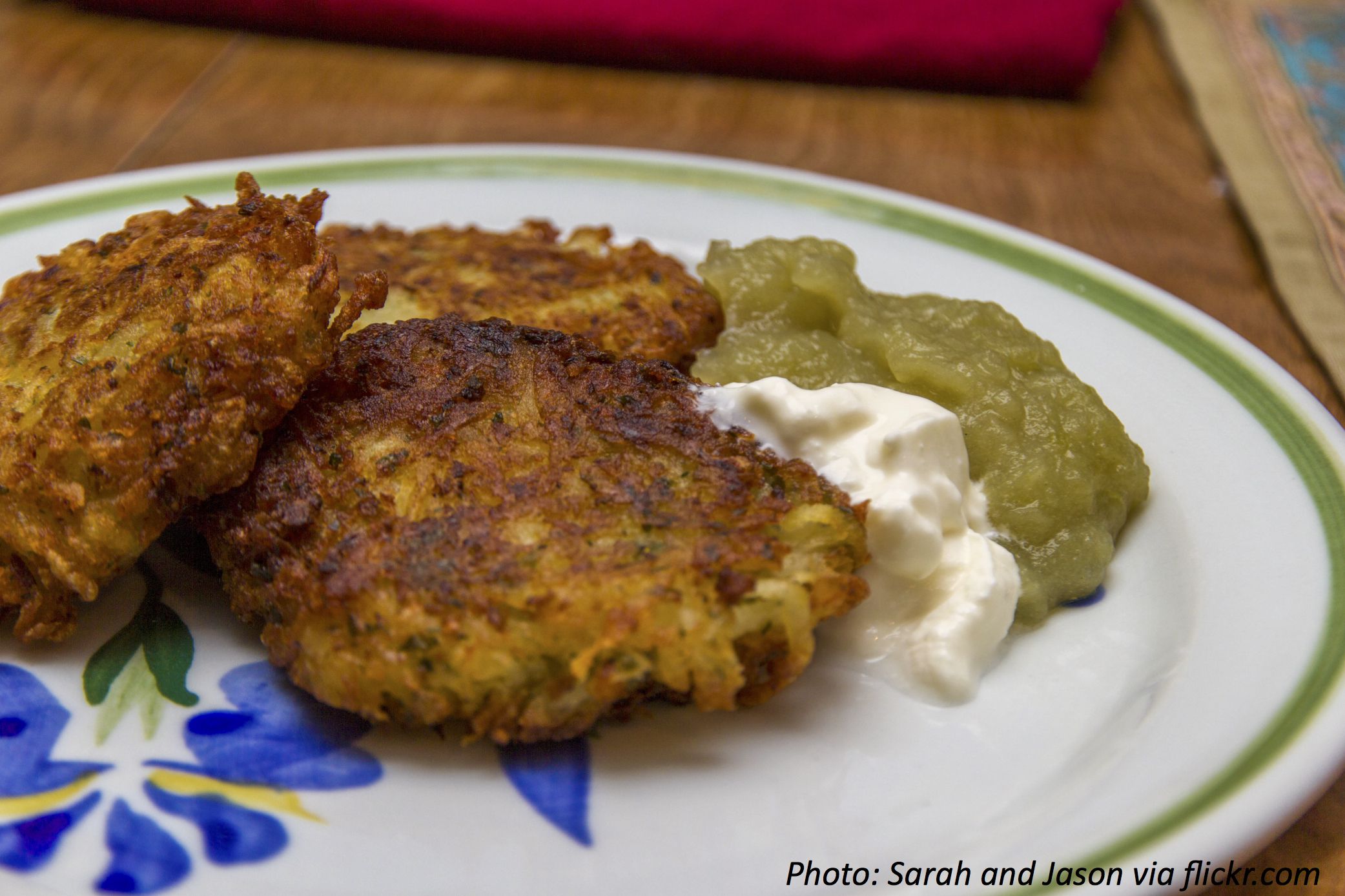 (Note: Today we’ve included a second extra math problem about Hanukkah, for those who celebrate the holiday or would like to learn more about it. Enjoy!)

Tonight’s sundown marks the start of Hanukkah, the Jewish holiday also known as the Festival of Lights. It celebrates the miracle that happened when the brave Maccabees took back their Holy Temple in Jerusalem from the Greeks. Even though they had only one jar of oil, the menorah they lit burned for 8 whole days. That’s why Hanukkah lasts for 8 nights and 8 days, with traditions including lighting the menorah each night — and cooking special foods in oil, to celebrate the miracle. The most popular of these foods in the US is the latke. It’s a pancake made of shredded potato held together with flour and eggs, then deep-fried in oil and served sometimes with applesauce or sour cream. But how many potatoes does it take to make how many latkes? Let’s do the math!

Wee ones: If you eat 1 potato latke on each of the 8 nights of Hanukkah, what numbers do you say to count them?

Little kids: This year the 1st night of Hanukkah is on a Sunday. What weeknight will be the 3rd night?  Bonus: If you eat 1 potato latke every night starting Sunday through Thursday night, how many latkes have you eaten?

Big kids: If 2 shredded potatoes can make 8 latkes, how many latkes can 8 potatoes make?  Bonus: How many potatoes do you need to make 100 latkes?