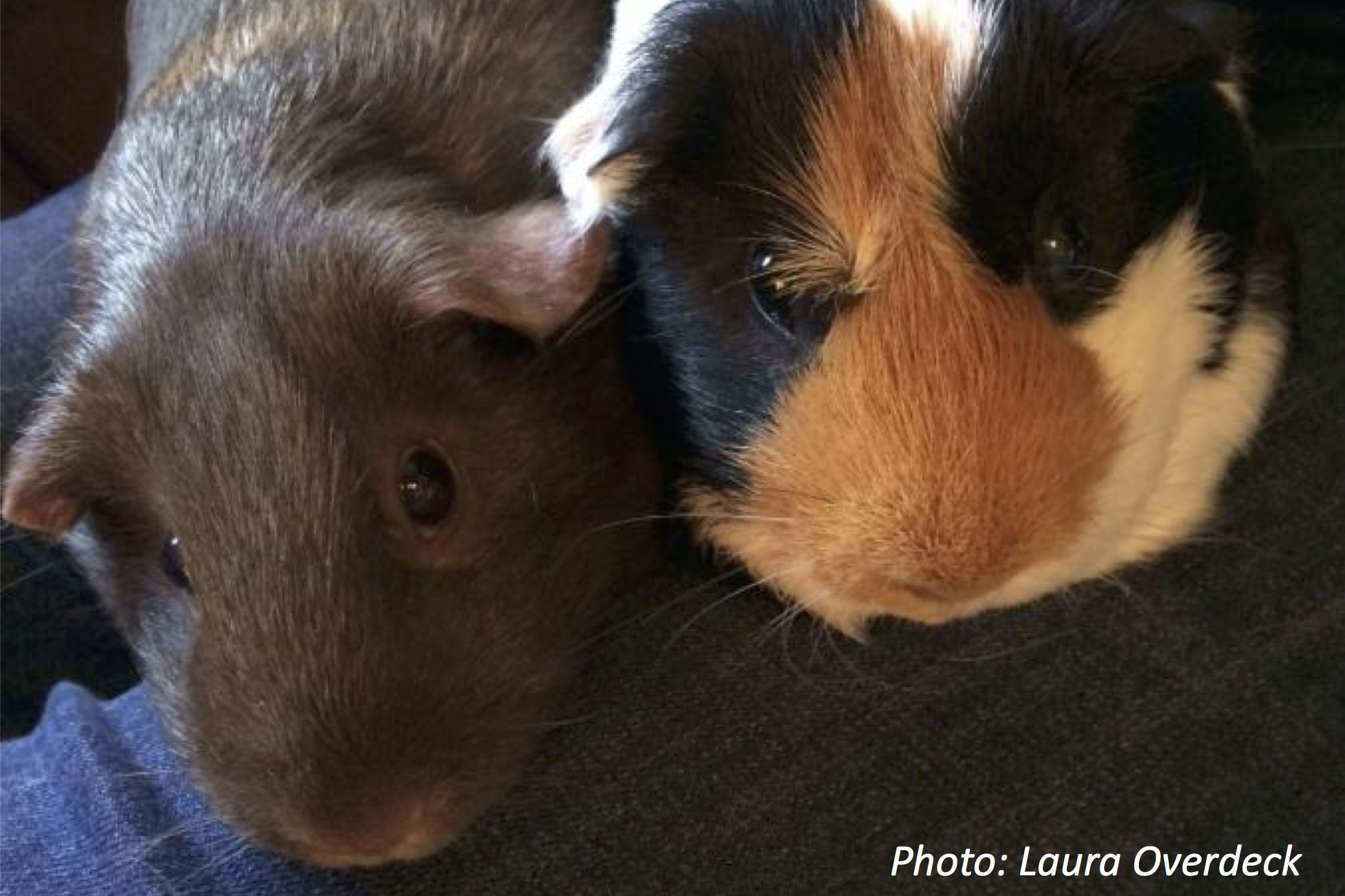 Some pets are much happier with friends. Guinea pigs feel safer with other guinea pigs. So in Switzerland, they wrote a law saying you MUST own at least 2 guinea pigs. You may have 2, or 200, or none at all — you just can’t have 1. But when people have 2 guinea pigs and 1 dies from old age, not only are the owners sad, they’re also breaking the law. So a woman named Priska Kung “rents out” guinea pigs. People pay to borrow one of her 80 “meerschweinchen.” People get back half their money if they return the pig, but some love their new friends so much that they just keep them!
Wee ones: If you have 2 guinea pigs and bring in 2 more as friends, how many do you have now?

Little kids: If you must have at least 2 guinea pigs, at least how many little guinea pig legs do they have all together?  Bonus: If Priska has 83 guinea pigs and rents out 1, how many does she have now?

Big kids: If you pay $1 per day to rent a guinea pig for 7 weeks, how much does that cost in total?  Bonus: If Priska’s 80 guinea pigs each eat 2 cups of dry food and 1 cup of hay every day, how many cups of food do they all eat each day?

The sky’s the limit: If Priska rents out 1/4 of her 80 guinea pigs in November and 3/10 of the ones left in December, in which month did she rent out more?