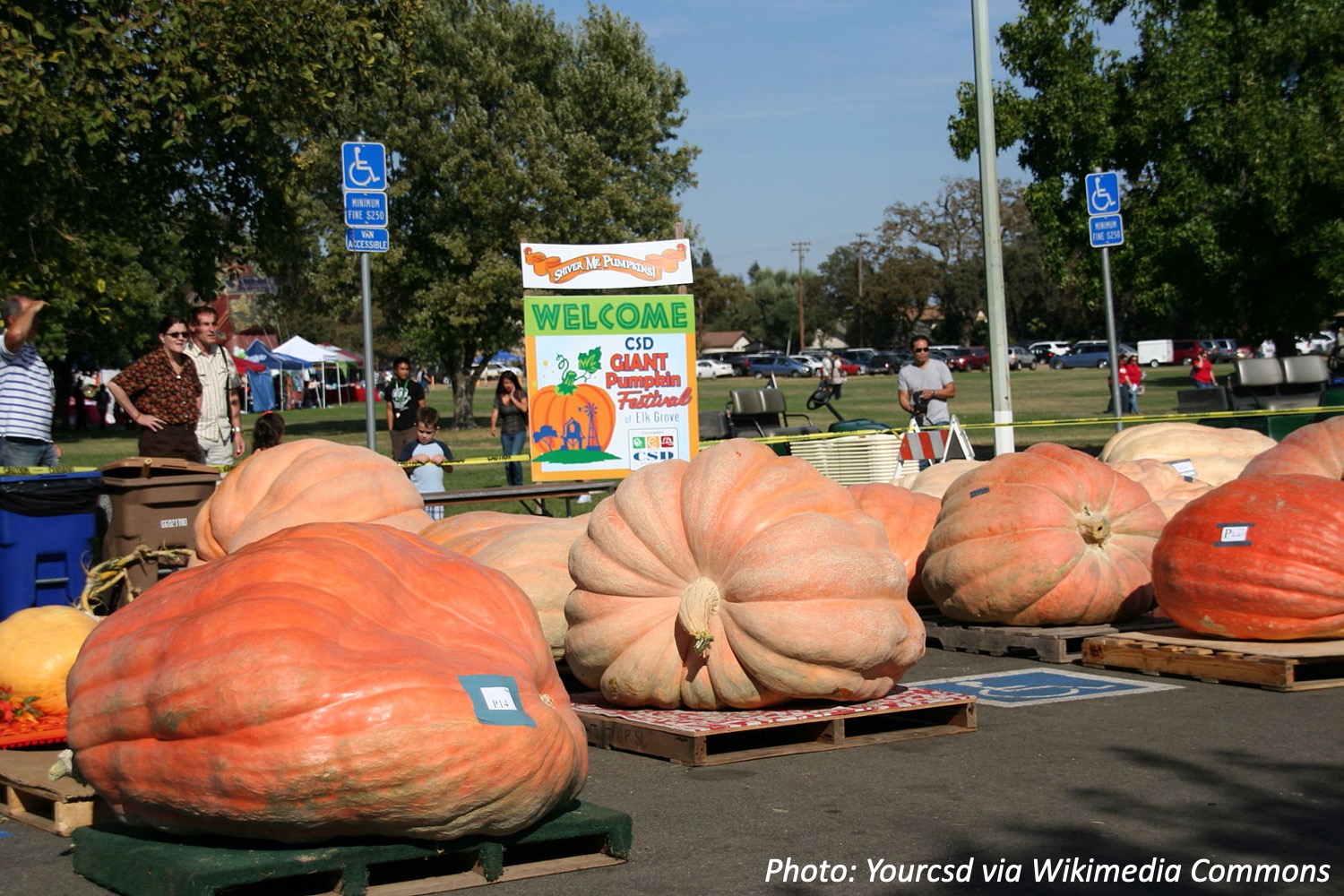 You might want to carve a pumpkin for Halloween. Well, you’d better have strong muscles if you get one of these pumpkins. Farmers have learned how to grow pumpkins that weigh over 1,000 pounds. They do this by blocking the wind, chasing away bugs, and giving the plants lots of water. The enormous pumpkins are pretty weird-looking, so if you do figure out how to carve one, you’ll definitely scare away visitors.

Little kids: If you carve 1 of 7 pumpkins into a wacky jack-o-lantern and turn 2 more pumpkins into pumpkin pie, how many pumpkins are left?  Bonus: Imagine if the smallest pumpkin you grew weighed 798 pounds. If it weighed just 2 pounds more, how much would it weigh?

Big kids: If 1 giant pumpkins can make 50 pumpkin pies, how many pies can 7 giant pumpkins make all together?  Bonus: The world’s officially heaviest pumpkin ever weighed 2,624 pounds. If the biggest pumpkin here weighs 1,364 pounds, does it weigh more or less than half of that?

The sky’s the limit: Suppose that 7 pumpkins total 7,600 pounds; the smallest weighs 800 and the largest weighs 1,400; 3 of the remaining pumpkins have identical weight; the last 2 are identical to each other; and the 3 together weigh the same as the 2 together. What weights are the 7 pumpkins?

Answers:
Wee ones: The 7-pound pumpkin.