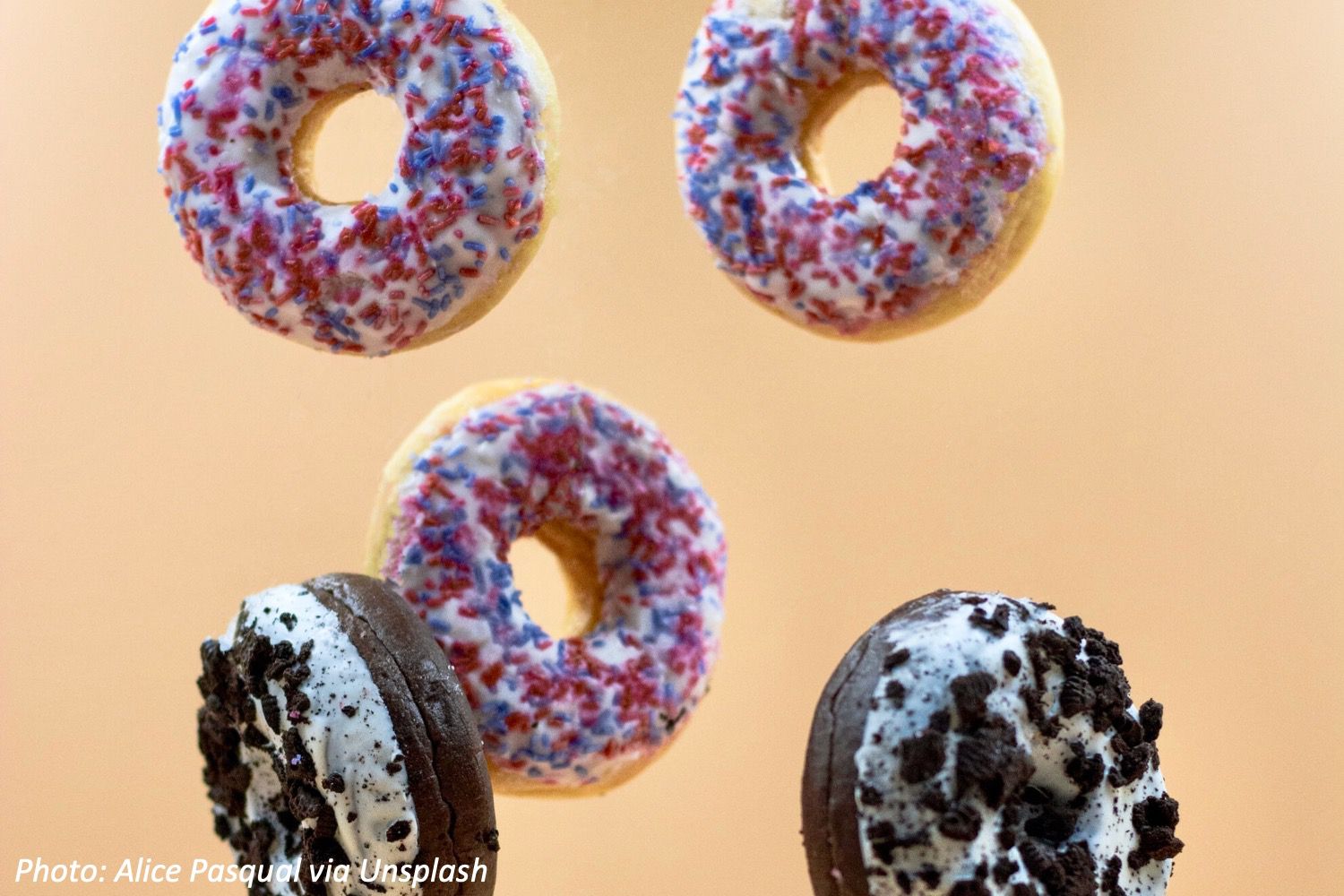 The donut has been a favorite treat for hundreds of years. But we bet you’ve never tried to shoot one into outer space. Two brothers, Alexander and Benjamin Jönsson, took a yummy glazed donut with sprinkles, stuck it on a plastic shelf with a camera, and strapped the whole thing to a weather balloon. The balloon carried the donut more than 20 miles up into the sky! The spinning camera caught amazing video of the sky, the Sun and Earth below all swinging by. 5 hours later the donut landed in a lake, and became the farthest flying astro-donut ever.

Wee ones: What shape is that kind of donut?

Little kids: If you launched a donut, 2 cookies and a brownie into space, how many astro-snacks is that? Bonus: If the donut had taken off at 1:00 in the morning and flown 5 hours, would it have landed in time for your 7:00 am breakfast?

Big kids: Regular airplanes fly about 7 miles above Earth. This donut flew 20 miles high. If you flew halfway between the two, how high would you be? Bonus: If the donut faced the Sun at 3:00 pm and spun all the way around every 4 minutes (at a constant speed), was it facing towards or away from the Sun at 3:18?

The sky’s the limit, even for donuts…: If the donut traveled for 5 hours in total, but within that spent 9 times as long floating up as falling back down (with no break in between), how much of the trip did it spend falling?

Answers:
Wee ones: The donut is a circle…and the grown-up word for a tube wrapped end to end into a circle is a “torus.”