Home » How to Fly with a Party Balloon 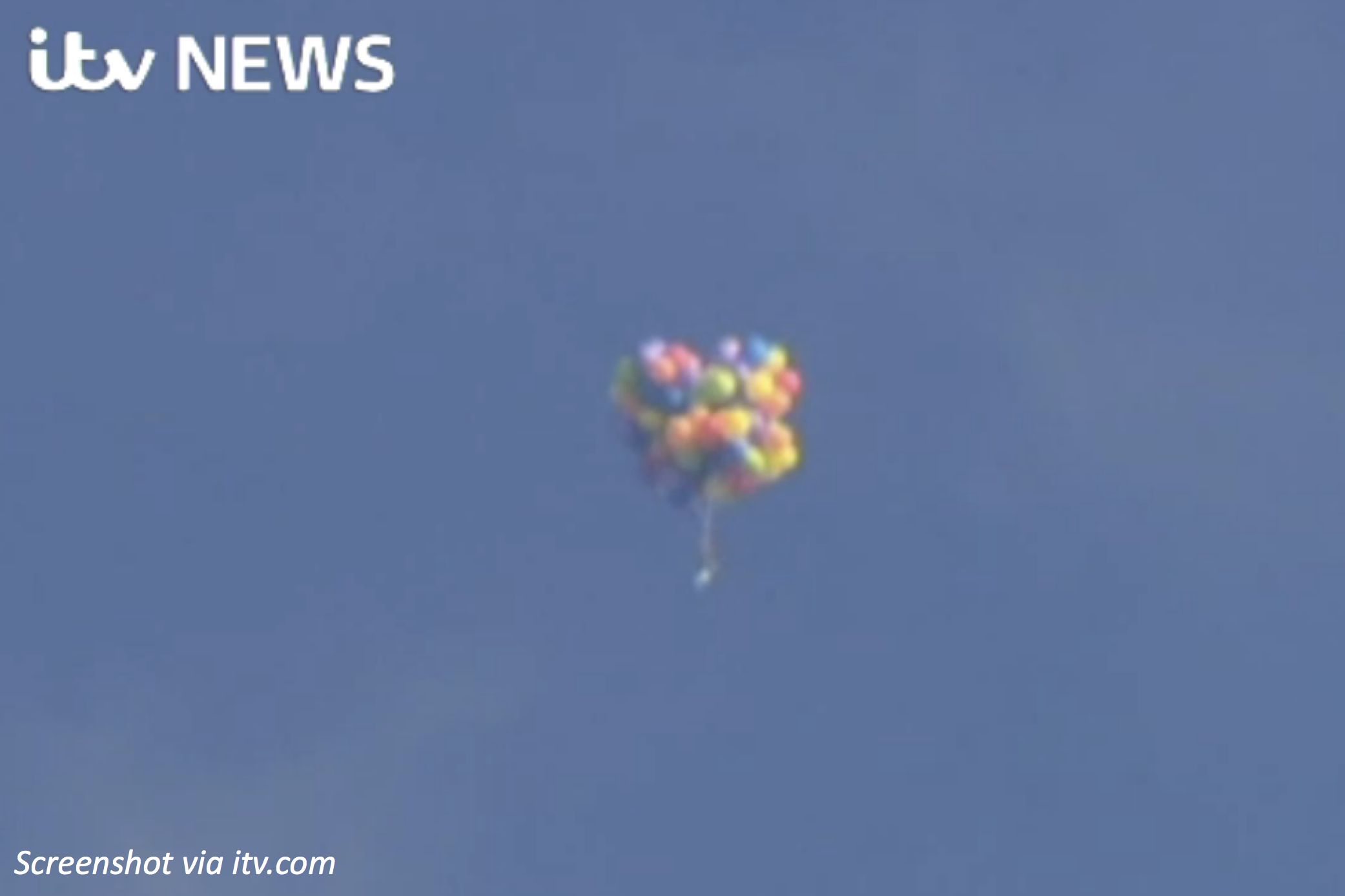 The best party balloons are the ones that float. If you don’t hang on, they’ll fly up into the sky. So a crazy guy named Daniel Boria wondered if HE could fly using party balloons. He tied 110 balloons to a folding chair and flew right into the sky — really! He wanted to float over the Calgary Stampede rodeo in Alberta, Canada, and then jump off and parachute down. But the wind blew him the wrong way, and he landed in a field instead. He did all this to let people know about the soaps he sells. Maybe he should stick to ads on the radio.

Wee ones: If Daniel blew up red, blue, yellow, green, and white balloons, how many colors is that?

Little kids: If Daniel took off at 2:00 pm and crash-landed 2 hours later, when did he land?  Bonus: If Daniel really needed just 100 balloons, not 110, how many extra balloons did he blow up?

Big kids: In the 1980s, a guy nicknamed Lawn Chair Larry tried this trick with 45 GIANT balloons. How many more balloons did Daniel use?  Bonus: If Daniel spent $1 for every pack of 10 balloons to make 110, plus $20 on the chair, how much did his flying machine cost?