Home » A Faster Trip to Mars 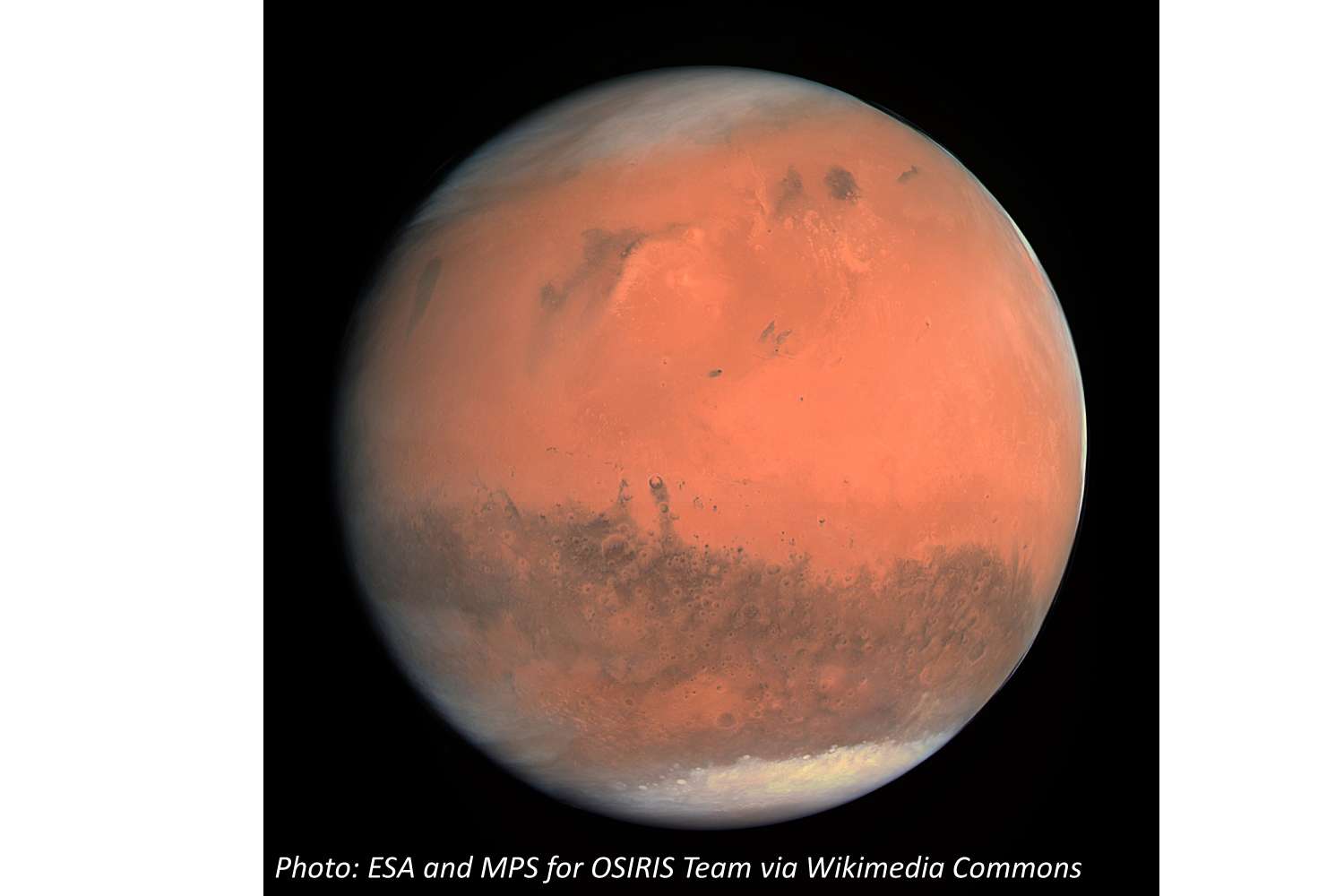 Humans have always wanted to go to Mars, even if there aren’t any real aliens there. The problem is, it takes a really long time to fly to Mars. The red planet is always at least 60 million miles away from Earth. At the speed of today’s spaceships, that trip would take 18 months. But that could all change with a new engine being built in Russia. It will be so strong that a spaceship could fly to Mars in just 6 weeks! Think of how fast that is: it would fly about 10 million miles a week. That’s about 60,000 miles an hour…a lot faster than our 60-mile-an-hour cars!

Wee ones: If you wanted to visit your Martian friend 7 weeks from now, would the 6-week rocket get you there in time?

Little kids: If you’ve been flying for 4 weeks on the super-fast rocket, and the trip takes 6 weeks, how many weeks do you have left? Bonus: If while flying to Mars you count off the miles in tens of millions, what numbers do you say to get to 60 million?

Big kids: If you left now on an 18-month trip to Mars, how many years greater will your age be when you land?  Bonus: If a Mars trip takes just 6 weeks, how much sooner do you arrive compared to 18 months? (Hint if needed: A year has 52 weeks.)

Answers:
Wee ones: Yes! 6 weeks is shorter than 7.