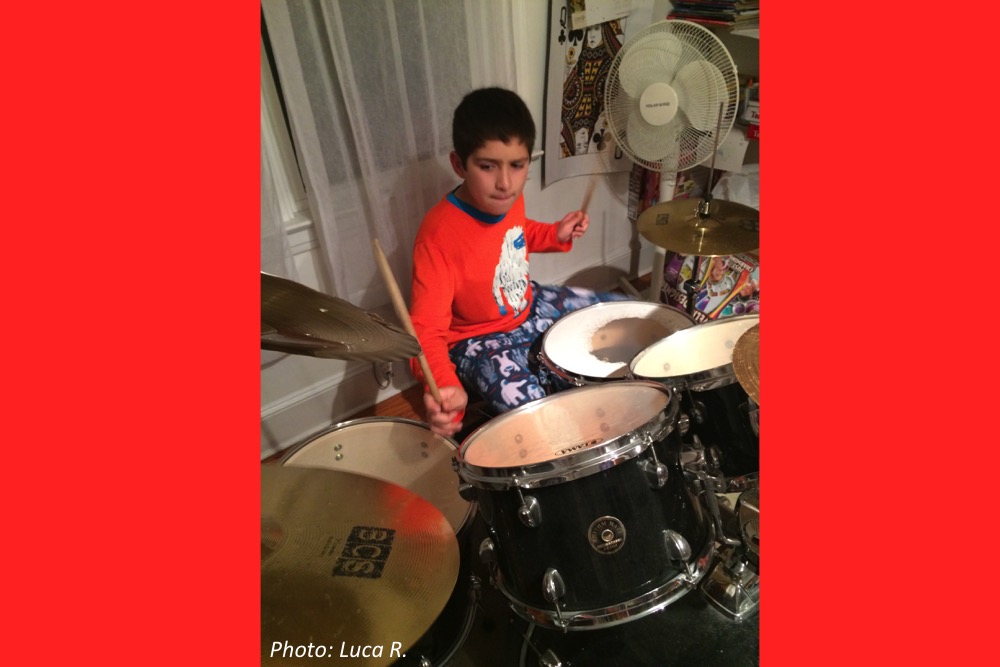 When you hear music and count along with the beat, you’re doing math! The beat often falls in 4s — 1, 2, 3, 4, then 1, 2, 3, 4 again — so we call those “quarter notes.” But you can play twice as fast to fit in 8th notes, or twice as fast as that to have 16th notes…or even faster! Bedtime Math fan Luca R. asked, how many times do you hit the drum if you play 16th notes for a whole minute? (and here’s Luca drumming it out himself!) A lot of songs play about 1 quarter note per second, or 60 per minute. And there are 4 16th notes in a quarter note, giving us 240 strokes in a minute. Of course, some people drum much faster: speed drummers hold “extreme sport drumming” contests, where a “drumometer” measures their speed . Last we checked, Tom Grosset holds the record with 1,208 strokes in 1 minute! That kind of math is music to our ears.

Big kids: Notes twice as fast as 8th notes are called 16th notes, since you fit in twice as many …so what do you get if you play twice as fast as that?  Bonus: If speed drummer Tom Grosset played exactly 20 strokes per second, would that have been faster or slower than his record of 1,208 in 60 seconds?

Big kids: 32nd notes.  Bonus: A little slower, as that would be 1,200…he actually played a little faster than that!