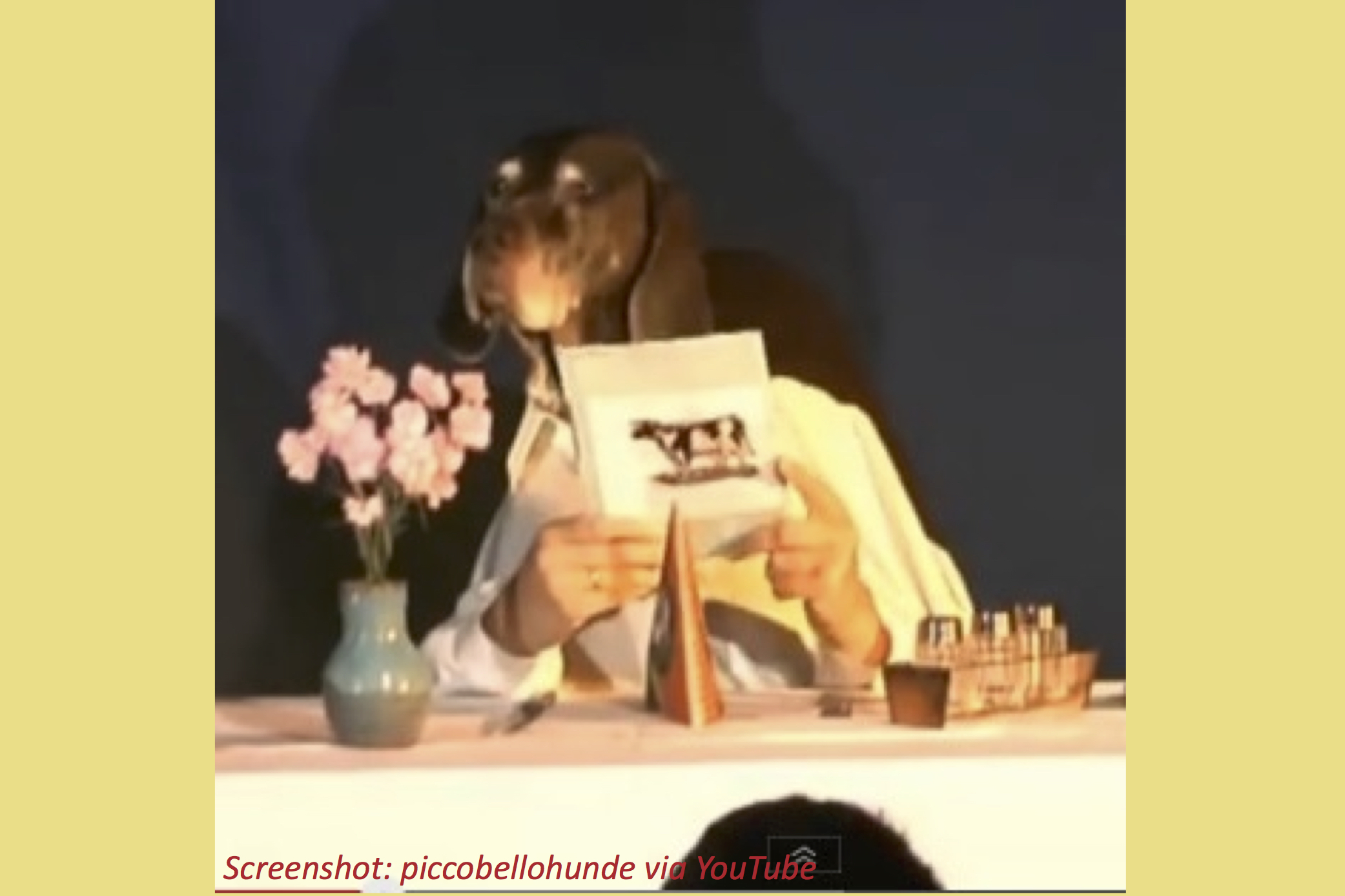 This video has to be one of the silliest we’ve seen. A dog is sitting at a fancy table in what looks like a fancy restaurant — but a person is hiding under her shirt. He waves his hands around as if they’re the dog’s hands. The dog “reads” the menu, waits for dinner to be served…we’ll let you watch the rest. What’s amazing is how nicely Mariele, who is a German shorthair pointer, sits and waits to be served; she’s probably better behaved than most kids and toddlers would be. When you do the math on how much dog and human must have practiced, you see that the amount of food they ate really adds up.

Wee ones: What shape is a plate (usually)?

Little kids: If the person’s 2 hands and Mariele’s 4 paws could each hold a fork, how many forks could they hold altogether?  Bonus: If Mariele takes 5 bites of carrot and 2 bites of potato, and there are 10 bites of food on the plate, how many bites did Mariele leave behind?

Big kids: The dog performs for about 3 minutes. If they practice the scene 8 times back to back , how long does that take?  Bonus: Mariele has to pay for dinner every time. If dinner cost $4.50, how much does she pay for those 8 meals? (Hint if needed: Think of $4.50 as four and a half dollars.)

The sky’s the limit: The actor can’t see a darn thing while stabbing at the food. In feeding the dog 5 bites of carrot and 2 bites of potato, in how many different orders could Mariele have eaten those? (Hint if needed: Think about what number bites the potatoes could be.)

The sky’s the limit: 21 ways. The easiest way to solve this is to think of it as “7 choose 2” — that is, how many ways the 2 bites of potato can show up in the line-up of bites. If the first bite is potato, there are 6 spots for the other bite; then imagine the second bite is potato, with 5 remaining slots for the other bite (since the combo of potatoes for the first 2 bites already got counted), and so on. The result is 6+5+4+3+2+1, or 21 combinations.