Home » Words That Make You Cross-eyed 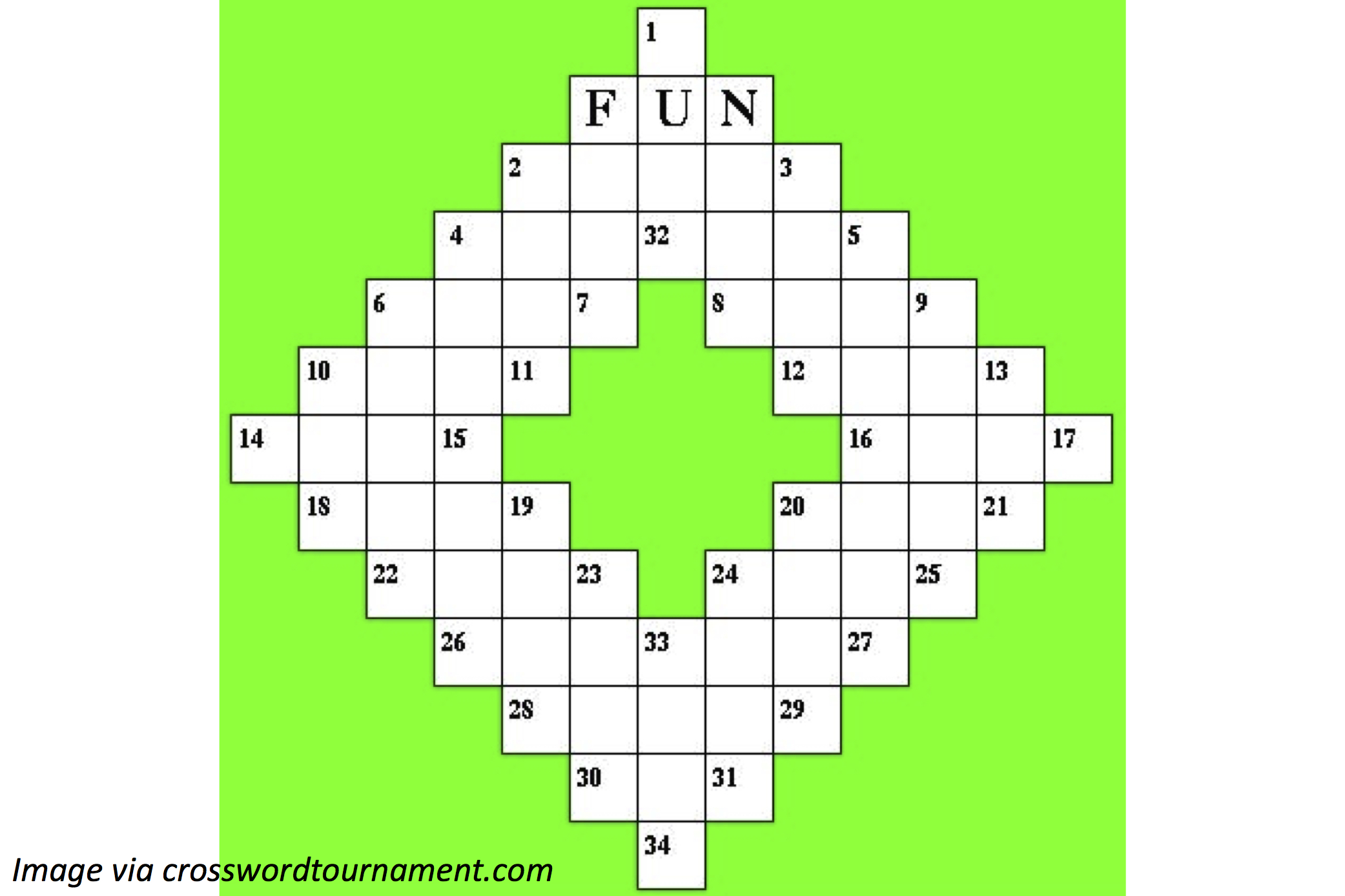 We like to build with Legos, blocks, bricks and stones. It turns out we can stack words, too. A crossword puzzle is a set of words that cross where they share the same letter, and you read clues to figure out what words to write. If you have the word CAT and another word going down from that C, you know that word has to begin with C. Before crosswords, there were word squares, where you could read the same set of words both across and down, like this:

Do you see the three words in that word square? Things got fancier when Arthur Wynne made a diamond shape of squares, starting with the word FUN. So you could write the word “FROG” going down starting from the F, or “BUGS” using the U.

Wee ones: How many different letters does that 3×3 “DOG” box use? Try to spot them all!

Big kids: If your crossword has 25 words going across and 21 going down, how many clues does the puzzle have to give you?  Bonus: If it takes you 2 minutes to solve each clue, will you finish the puzzle in an hour and a half? (Reminder: an hour has 60 minutes.)

Little kids: 7 letters…it would be 8 (5+3), except they share the H.  Bonus: Different for everyone…see if you can think of a word that shares the same first letter.