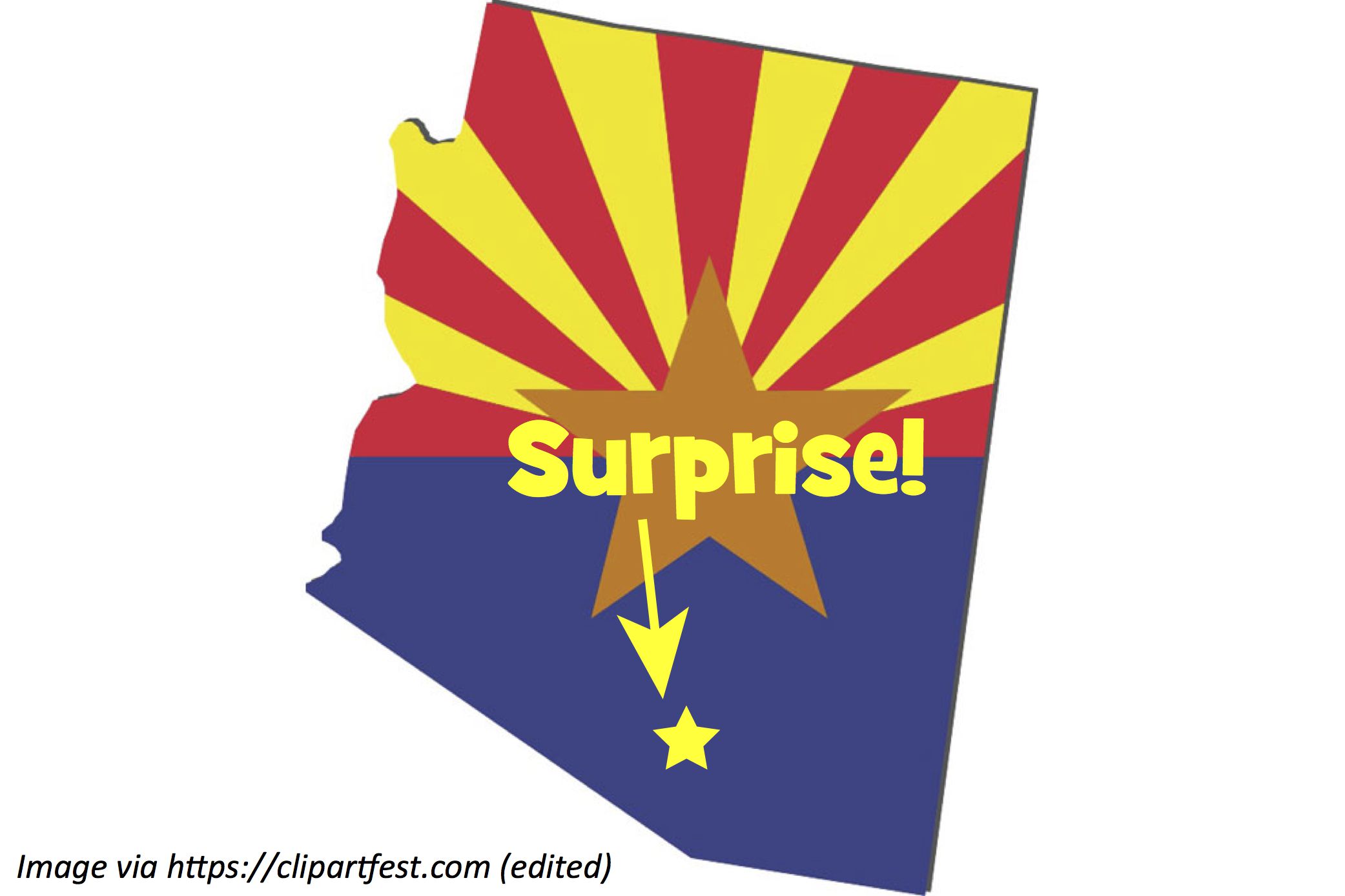 Our story about wacky Accident, Maryland has led to some great new questions about towns. Tanisha T. told us about another surprise town name — and that’s what it’s called! Surprise, Arizona was founded in 1938 by Flora Mae Stetler, who said she’d be “surprised” if that tiny spot in the desert ever became a real town. Well, today more than 115,000 people live there! Meanwhile, our friends at Mulroy Tech Hub in Denver asked, what makes a city a city? Well, it depends who you ask, but most US states call any town that has at least 1,500 people a city. Denver and Surprise count as cities, but how about where you live? Do the math to find out!

Wee ones: A town has lots of smaller places: people’s homes. How many people live in your home? Count them up — and remember to count yourself!

Little kids: When the first 5 people joined Flora Mae in Surprise, Arizona, how many people did it have then? Bonus: If a place needs at least 1,500 people to be a city, does a place with 2,000 people count as a city?

Answers:
Wee ones: Different for everyone…count up the people living in your home!