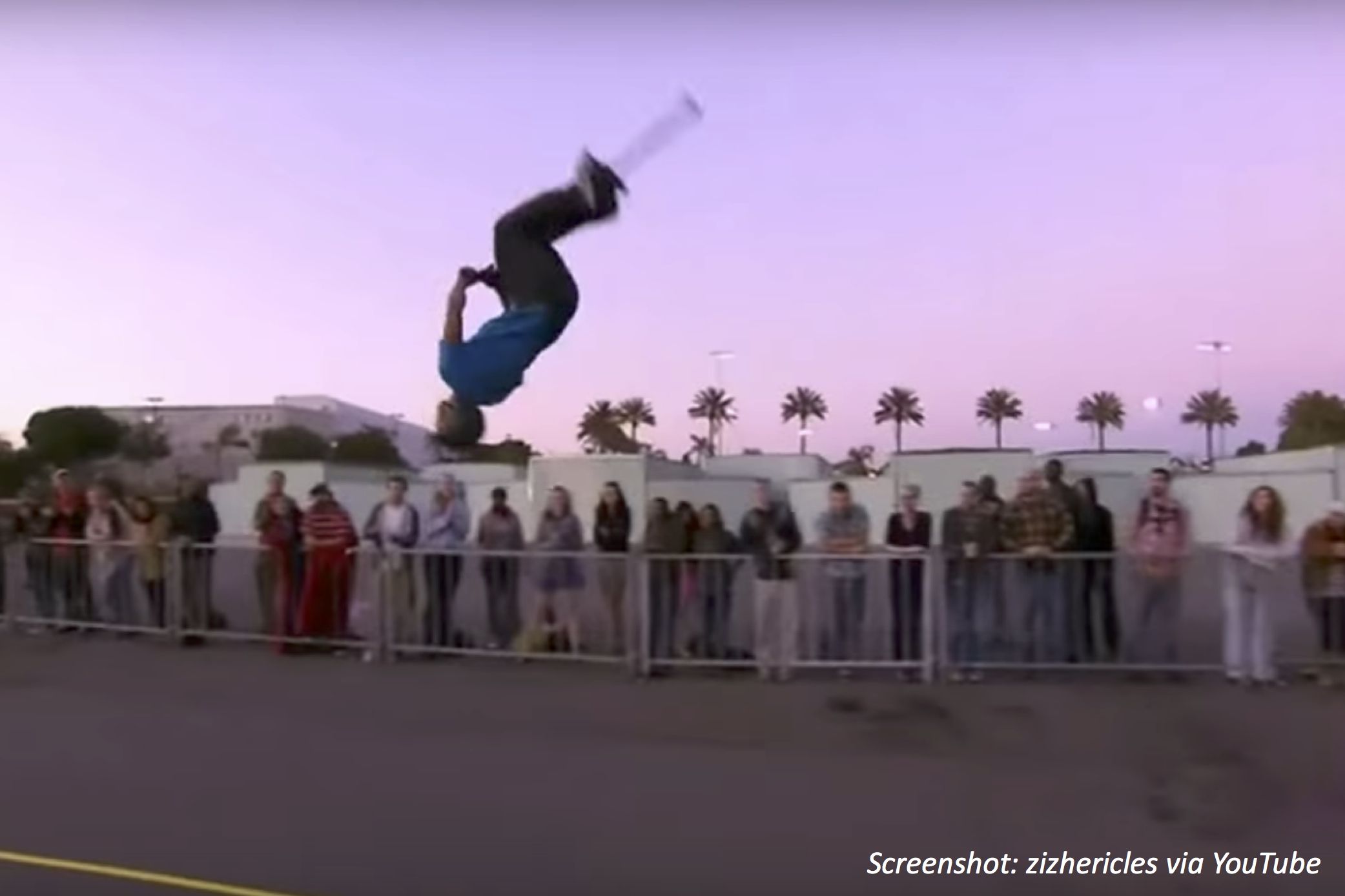 If you’re really good at some trick and do it a zillion times in a row, chances are you could make or break a new world record. Like Army Lieutenant Jalyessa Walker, who did an incredible 49 backflips in a row down the length of a football field. She flipped far more than she needed to — the previous record was just 35 backflips. In fact, she said she stopped only because she ran out of room at the end of the field! Jalyessa isn’t the only record-breaking flipper out there, though. A guy named Henry Cabelus did 20 flips on a pogo stick, that long skinny pole that you ride by bouncing up and down. These tricks take a lot of talent to do, but it’s probably easier to get places just by walking.

Wee ones: If you yell during your 2nd backflip and 5th backflip, how many flips do you do quietly in between?

Little kids: Just how few backflips could Jalyessa have done to break the record of 35?  Bonus: A high school cheerleader almost broke Jalyessa’s record in 2013, with 46 backflips. How many more did Jalyessa do?

Big kids: If Henry had done 3 times as many flips as his 20-flip record, would he have beaten Jalyessa’s record of 49?  Bonus: Jalyessa practiced backflips for a month before her stunt. If she did 40 per day, how many did she do in total? (Assume a 30-day month.)

The sky’s the limit: If 2 pogo stick riders try to break Henry’s 18-flip record, and 1 guy does twice as many as the other and together they do 33, does either of them break Henry’s record?

The sky’s the limit: Yes. If the second guy adds on twice as many flips as the first, the total is 3 times the smaller guy’s flip count. The total is 33, so the lower flipper does 11 and the bigger flipper does 22, which beats the record of 20.