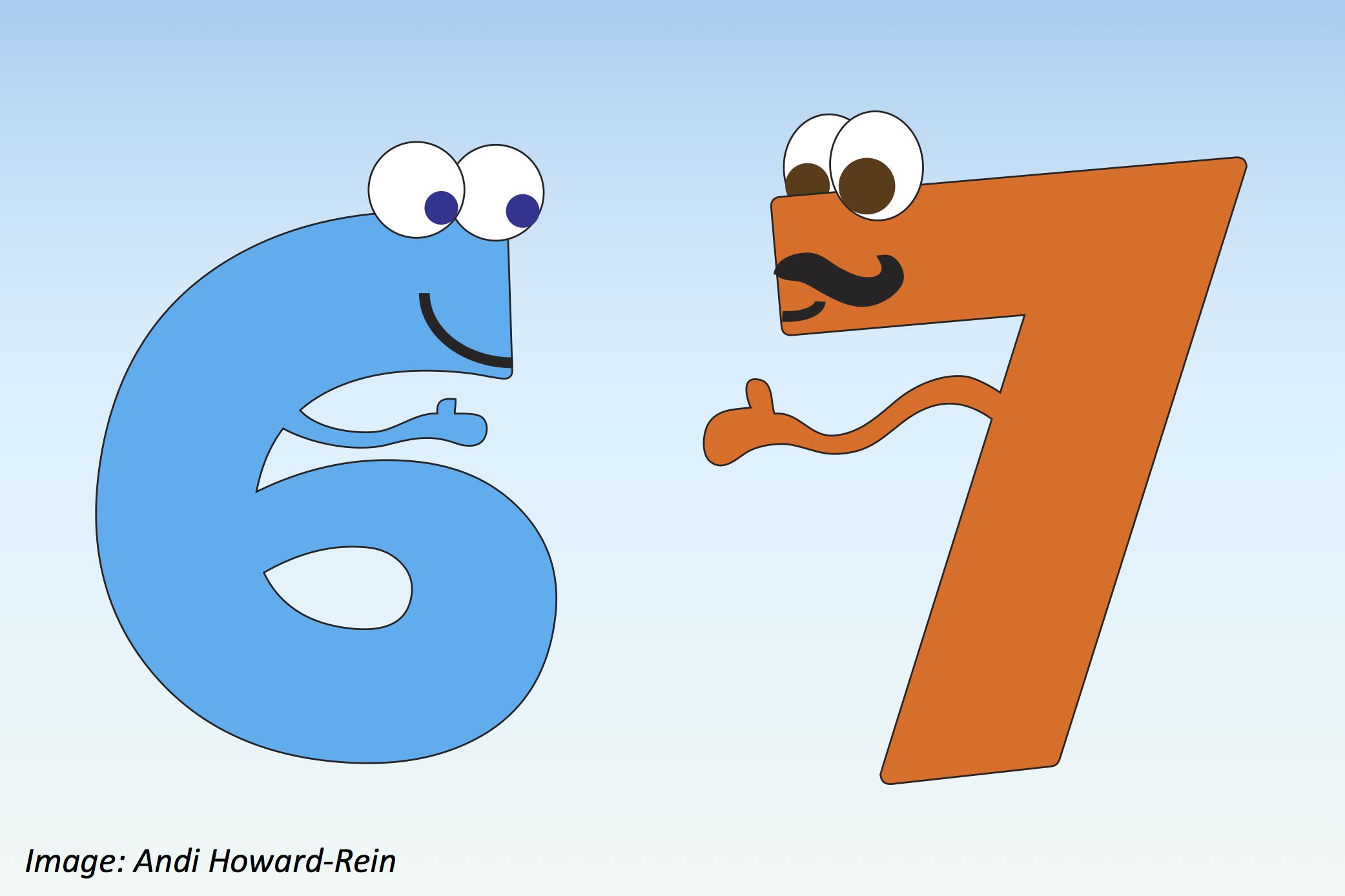 Do you love numbers enough to have one as your name? Looks like a lot of Americans do. Turns out more than 1,500 people are named Seven! Both men and women have the name, but just 484 women compared to 1,100 men. No other number between 1 and 20 showed up as a name for more than a few people. But some names have numbers hidden inside. You can find the number “ten” in 211,000 people named Kristen. “One” shows up in Tyrone, Simone and others. “Eight” is in Leighton and Peighton. See if you can spot any numbers in your own name- and if not, you can always change your name to a lucky Seven.

Wee ones: Can you count to seven? What numbers do you say?

Little kids: If your name is Seven and your friend is named Three, what do the two of you add up to?  Bonus: How much more is your name worth than your friend’s?

The sky’s the limit: If you and 5 friends get together, and you’re all named Seven or Six, and your names add up to 38…how many of each name do you have?

The sky’s the limit: 2 Sevens and 4 Sixes. There are at least 3 ways to solve this.

One is to guess by trying different numbers, since there aren’t that many numbers to add.
The second way is to notice that Six is just one less than Seven – so however many Sixes are in the pile, you’ll fall that many points short of a multiple of 7. 38 is 4 less than 42, so there must be 4 Sixes bringing down the total.
The third way is algebra: if you have x people named Seven and y people named Six, we know that:
7x + 6y = 38 (number of people times the values of their name)
and
x + y = 6 (total of 6 people)…so y = 6 – x