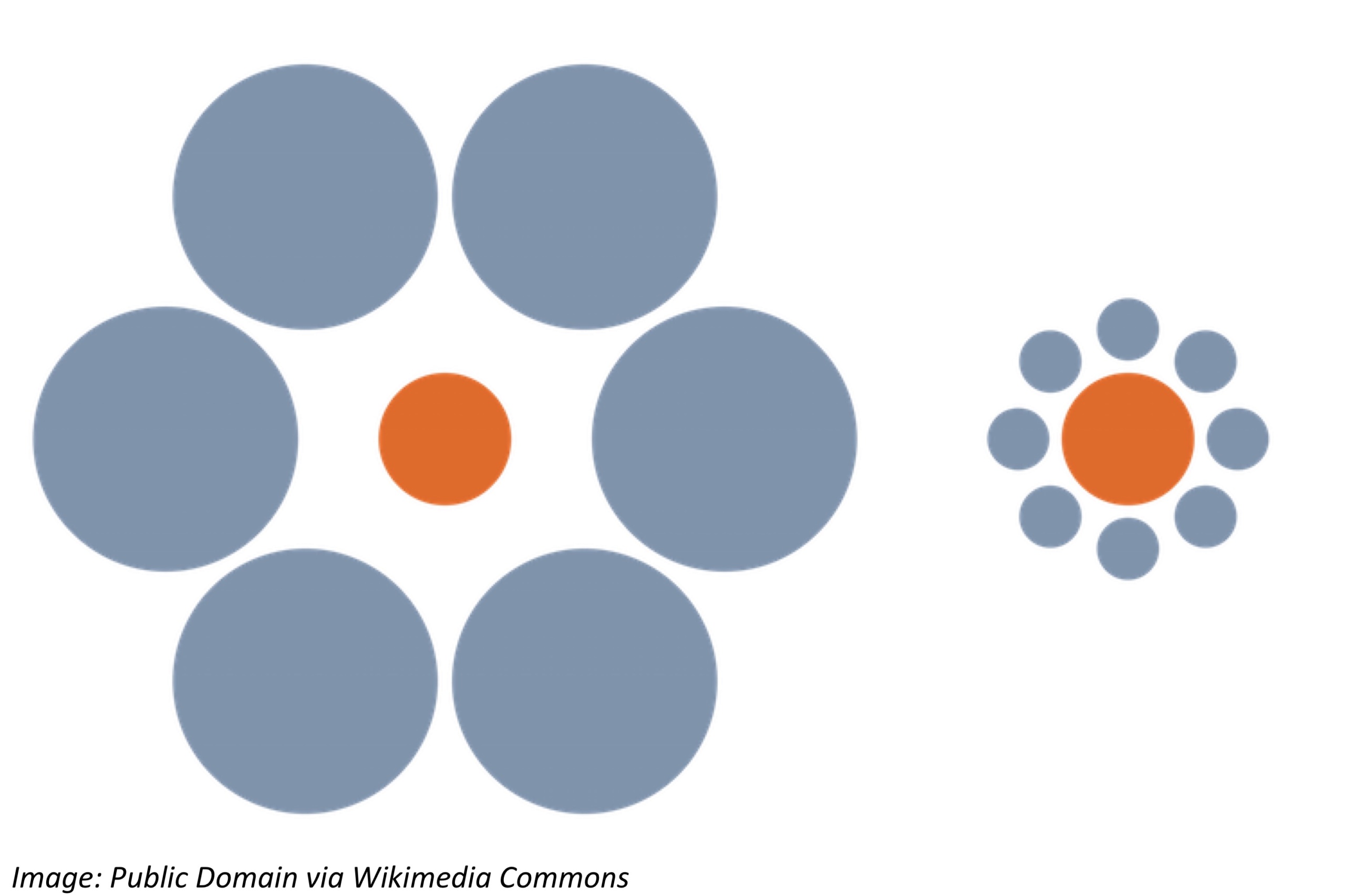 Big kids: How many circles would you have to add to the picture to have 20 total circles? Bonus: If you show this illusion to 24 people and 1/3 of them figure out the truth, how many people get fooled by it?

Answers:
Wee ones: There are 6 bigger blue circles on the left side of the picture.