Home » The Slimy Truth about Squid 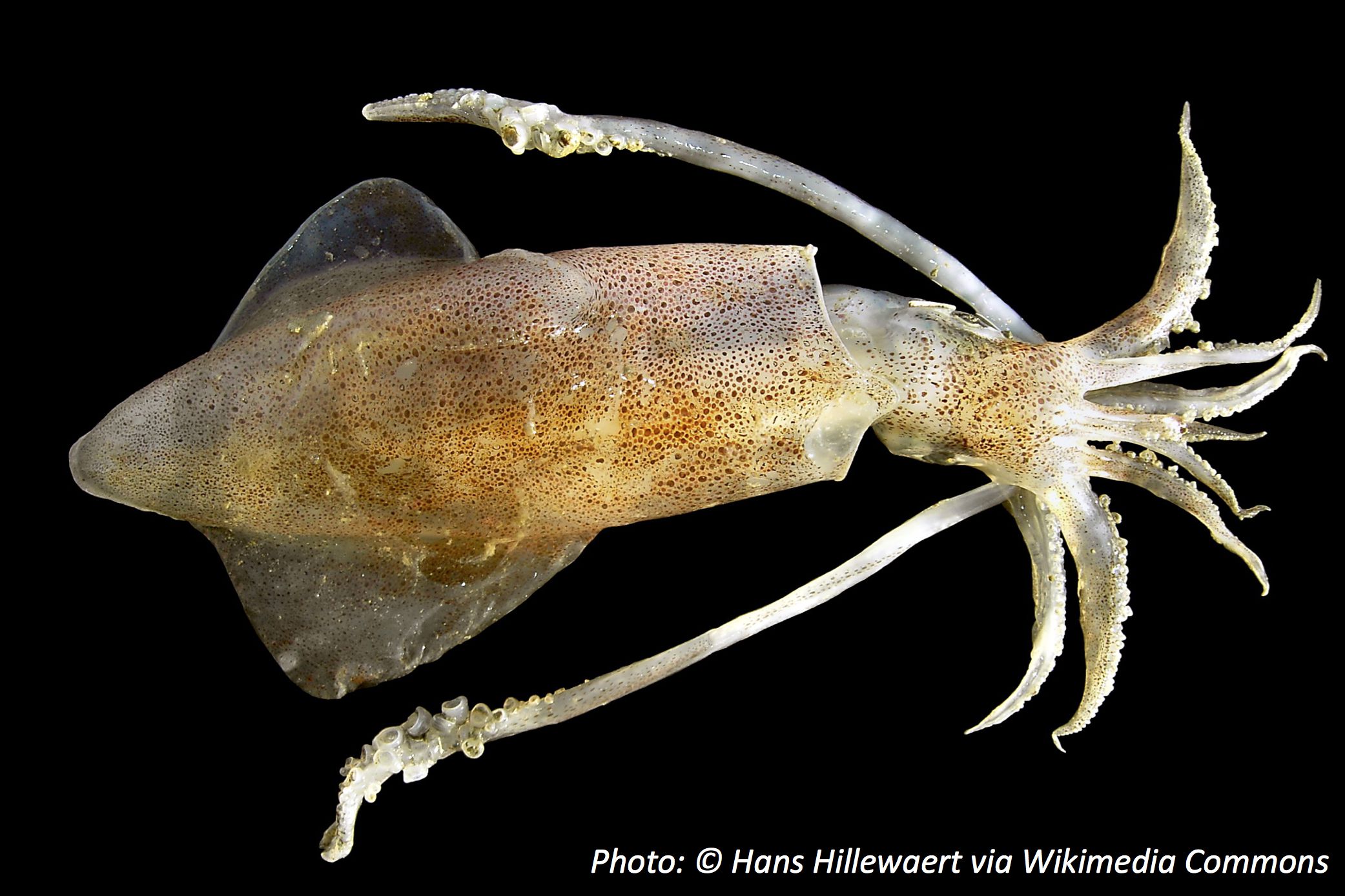 Okay, let’s just say it: the squid is not the cutest animal out there. It’s slimy instead of fuzzy, and you can hardly tell where its face is. But the squid is one of the smartest animals in the ocean. Scientists have found that squid’s brains work a lot like our brains. It’s a busy brain, after all, since the squid has to track all those legs. Just to set the numbers straight, a squid has 8 “arms” and 2 much longer “tentacles” – which makes for some crazy math.

Wee ones: How many arms do the people in your room have? Do they have as many as a squid?

Little kids: If you’ve counted 4 of a squid’s 8 arms, what are the next 3 numbers you say?  Bonus: An octopus has 8 arms! (And no tentacles.) How many arms do an octopus and squid have together?

Big kids: Squid squirt out ink to fight off enemies. If you could make 10 magic markers from each squirt of ink, can you make 52 markers from 6 squirts?  Bonus: If a bunch of squid at the aquarium have 48 arms in total, how many squid live there?

Answers:
Wee ones: Different for everyone…count yours, a grown-up’s, maybe the arms on a doll!