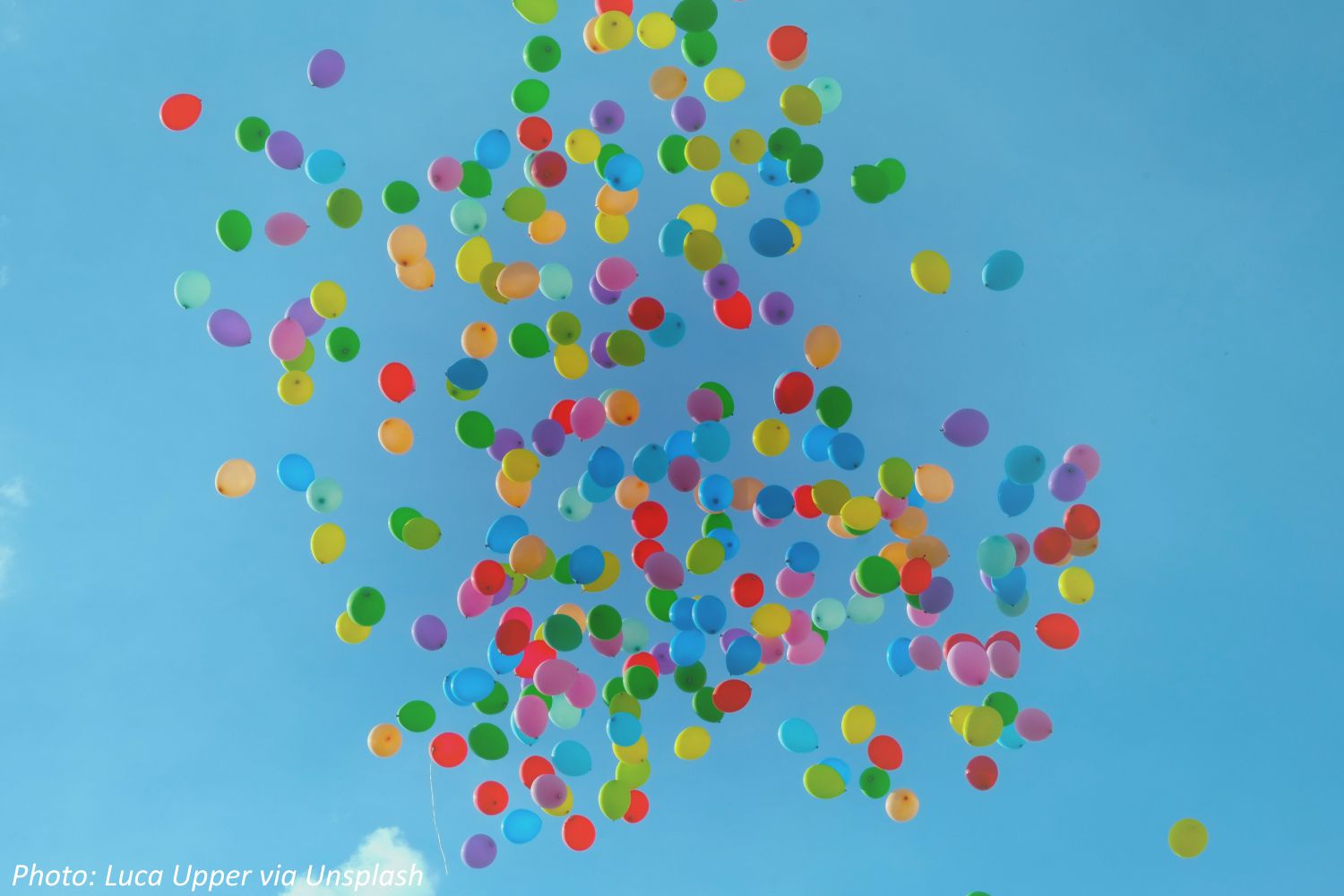 For some people, flying 20,000 or 35,000 feet above the Earth on a plane isn’t exciting enough. They have to strap themselves to a bunch of balloons and fly. David Blaine did that a couple years ago, but he wasn’t the first. Back in 2013, a guy named Jonathan Trappe climbed into a basket tied to 370 helium balloons and took off. He started in Maine and hoped to cross the Atlantic Ocean. Had he succeeded, he would have been the first person ever to do it with helium balloons. Well, his trip ended just 12 hours later, when his balloon started having problems and he had to land in Newfoundland (part of Canada). To this day no one has made it across the ocean this way. So if you can track down hundreds of party balloons, you can try to be first!

Little kids: If you have 7 yellow balloons but want 10 in your bunch, how many more do you need to add? Bonus: If you take off on a balloon flight at 5:15pm and fly for 40 minutes, will you land in time for dinner at 6pm?

Big kids: Trappe was 39 years old when he tried this 9 years ago. If he tries again 10 years from now, how old will he be?  Bonus: If each of those 370 balloons can hold up 1 pound, and Trappe weighed 180 pounds, how many pounds could his basket, snacks, etc. weigh all together?