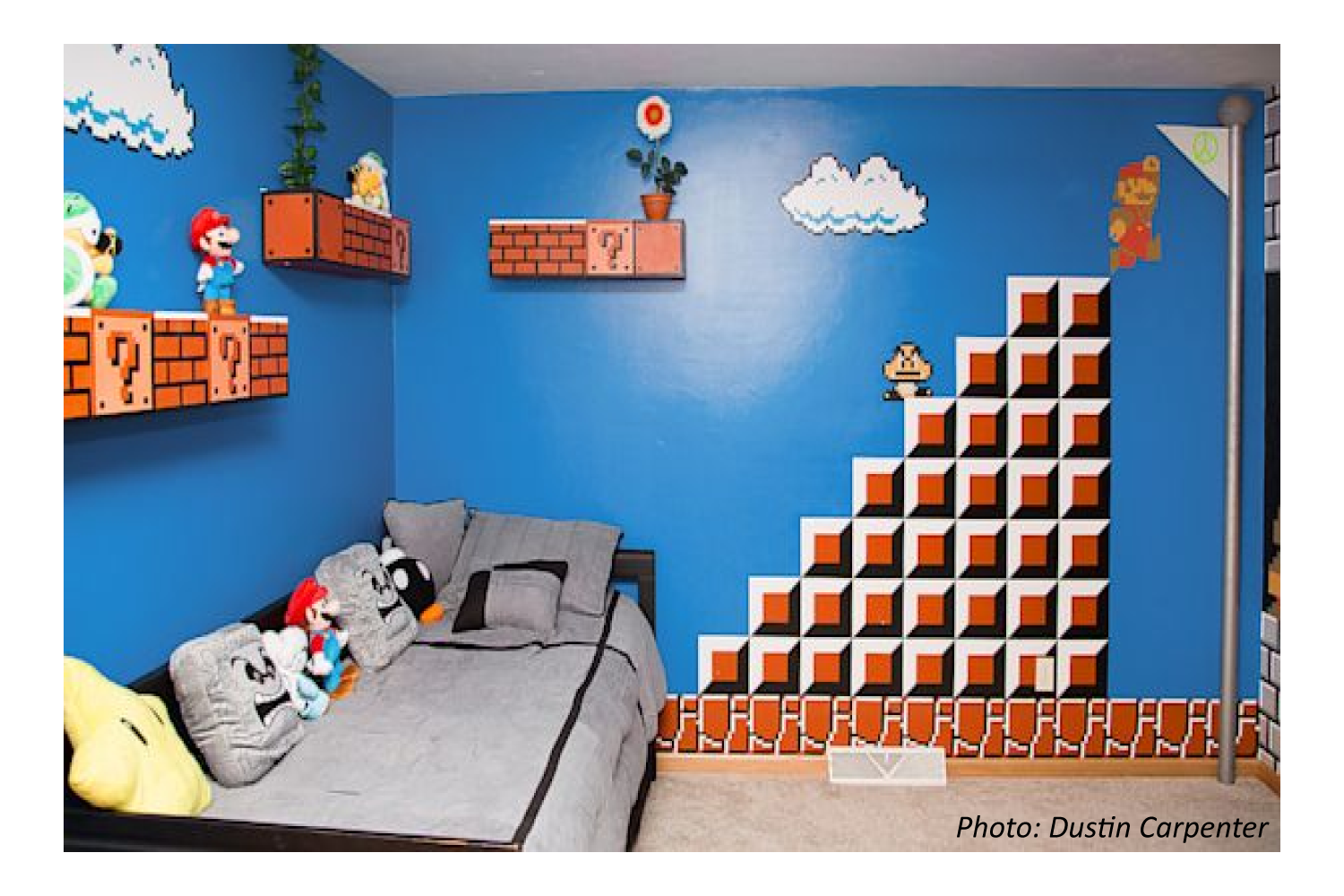 Can you believe this is someone’s bedroom? A kid named AJ loves the video game Super Mario so much, her dad painted her room to look like it! One wall shows Mario and other characters; another has bricks for them to climb. Even the clouds are made of teeny white and blue squares. It’s a good thing nothing on the wall is moving, or AJ would never fall asleep. super

Wee ones: What shape are the bricks on the wall? How many sides does each one have?

Little kids: If they used stickers for Mario and Bowser, then painted 3 other characters, how many characters have they made so far?  Bonus: If it took 4 hours to paint a character starting at 2:00 pm, at what time did they finish?

Big kids: A grown-up friend painted the sky to help out. If the sky used 5 cans of blue paint per wall, how many cans did they need for all 4 walls?  Bonus: If that stack of bricks has 1 in the first row, 2 in the second, and so on down to 8 at the bottom, how many bricks are there? (See if you can get it without counting one by one!)

The (blue) sky’s the limit: What if the stack of bricks had 10 rows, with 10 in the bottom row? How many bricks would there be? See if you can spot the shortcut for the total number in these stacks…(Hint if needed: How many are in the top row and bottom row together? Now how about the second row and second-to-last row together? and so on…)

Answers:
Wee ones: Squares, with 4 sides each.