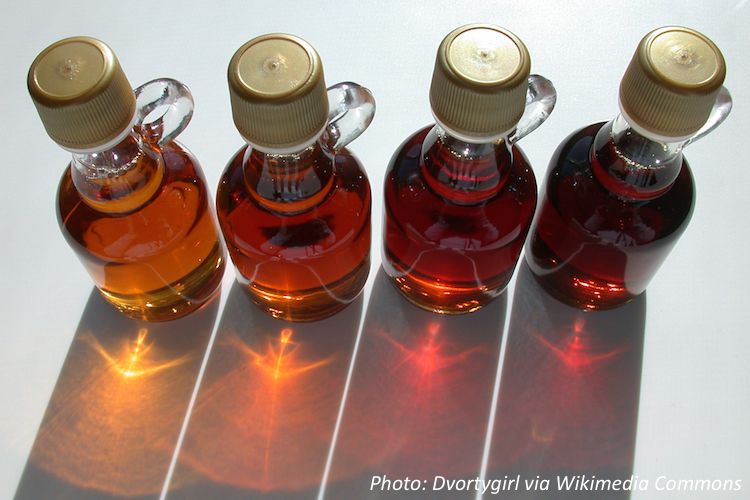 The number 802 might not mean much to you, but to a lot of people it sounds like home! That’s because all people in Vermont have phone numbers that start with 802, its “area code.” Luckily for us, Vermonters also share some really tasty treats with the rest of us. First, there’s the maple syrup – Vermont makes more of it than any other state. Vermonters take sap from maple trees and boil it down into that yummy, sticky topping for your pancakes. You have to boil between 30 to 50 gallons of sap to make 1 gallon of syrup! Second, Ben & Jerry’s ice cream is from Burlington, Vermont. This company makes more than 60 flavors of this frozen treat – that makes plenty of fuel for our road trip!

Wee ones: How many bottles of maple syrup can you count in the picture?

Big kids: If you use 3 tablespoons of syrup on your pancakes, and it took 40 times as much sap to make that, how many tablespoons of sap made your breakfast syrup? Bonus: To imagine what that would look like, about how many cups is that? (Reminder: A cup has 16 tablespoons.)