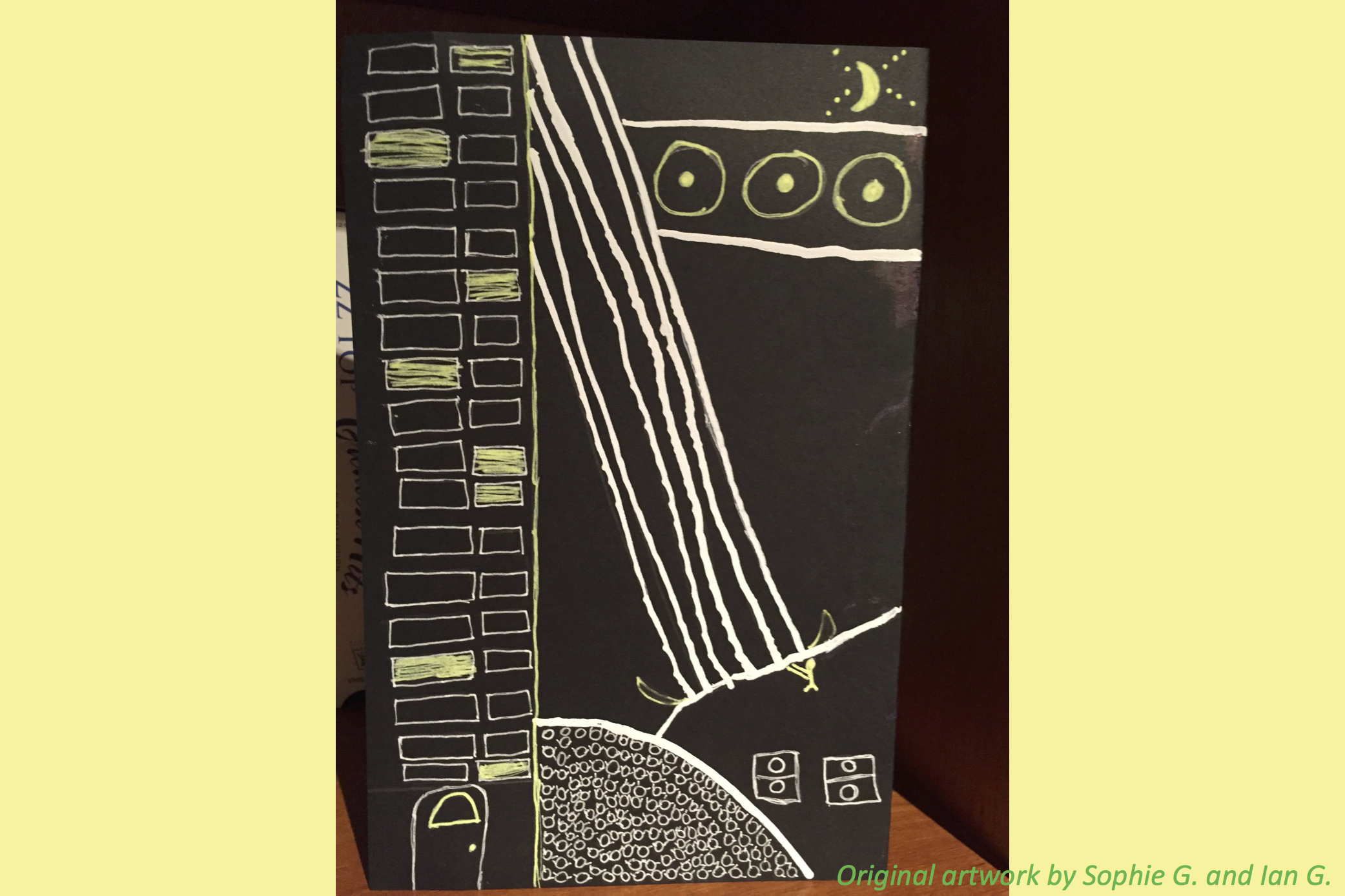 Stretch That Song to the Sky 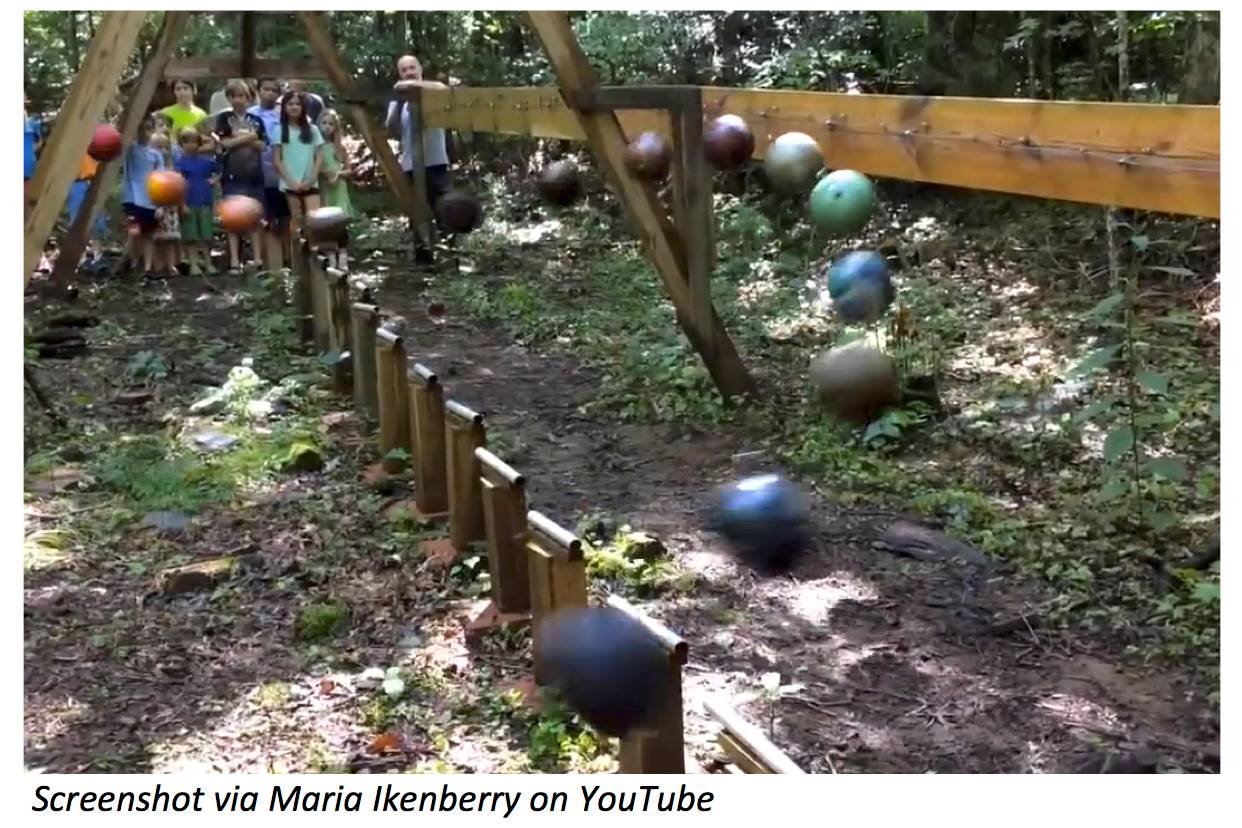 When you swing on a swing, you’ll find that whether you push back a lot or a little to start, it always takes the same amount of time to swing from back to front. The only thing that changes the timing of a swing is the length of the chains: longer swings take longer to swing. One person showed this using bowling balls on strings – and you’d be amazed at what the balls did! Read on to watch the video, and do the swinging math. 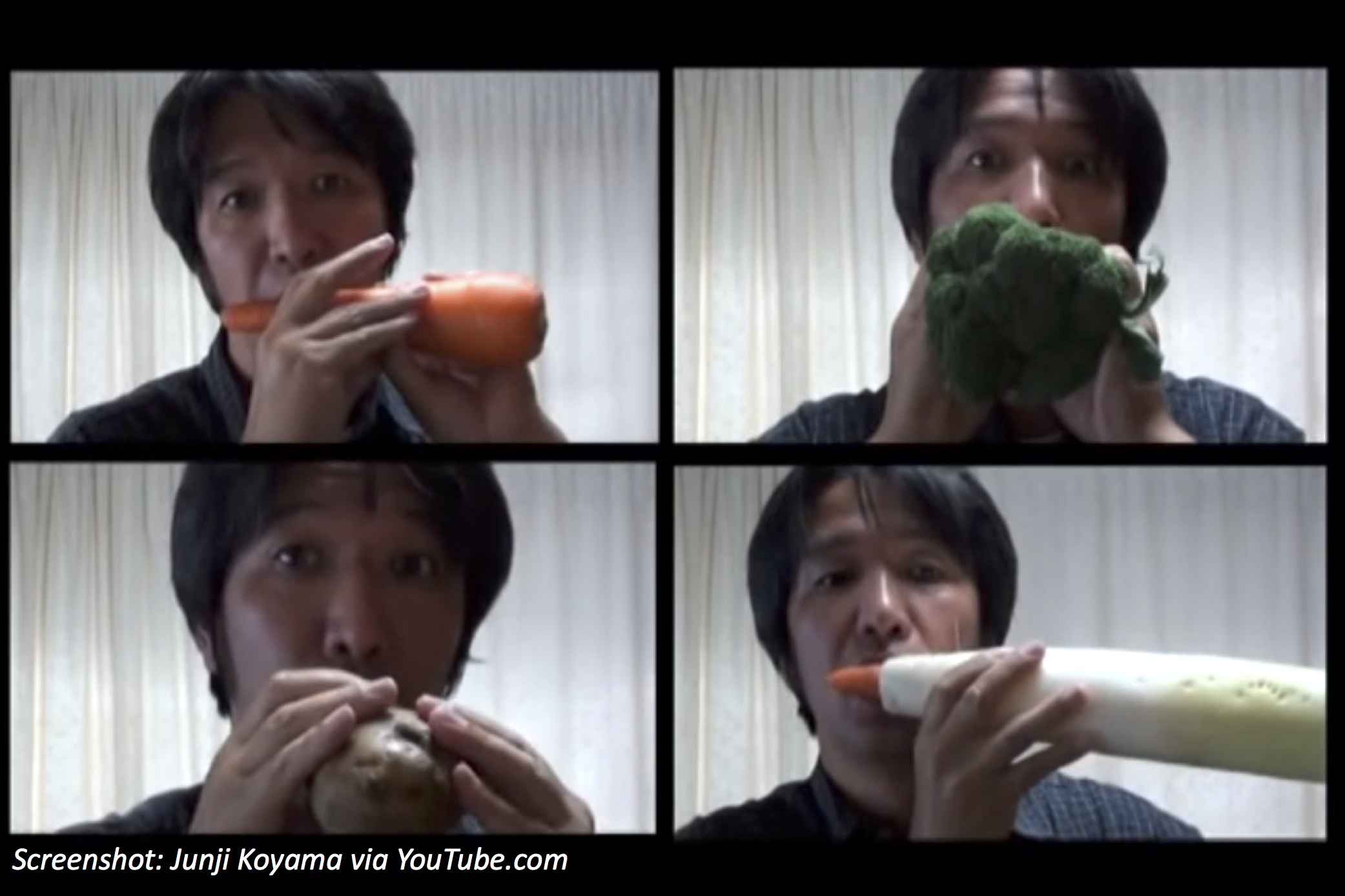 If you don’t love every vegetable out there, this guy might change your mind. Junji Koyama’s figured out how to turn veggies into musical instruments! Read on to veg out with the musical, munchable math. 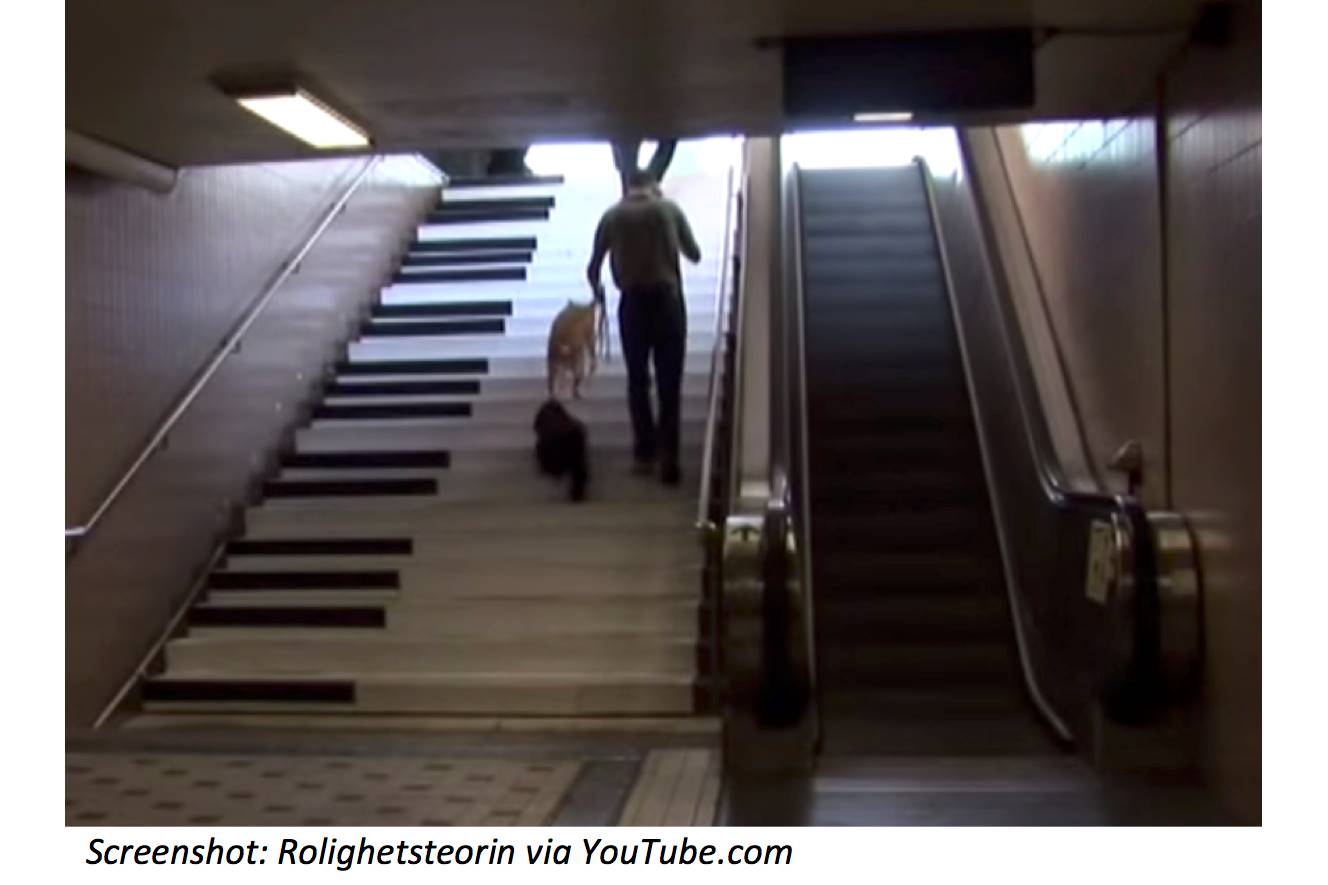 It’s so tempting when you feel tired and lazy to take the elevator or escalator instead of walking up the stairs. But what if we made walking up the stairs more fun — would more people do it? Read on to learn what the car company Volkswagen did to make stair-walking more fun, and see how the stairs and fun add up! 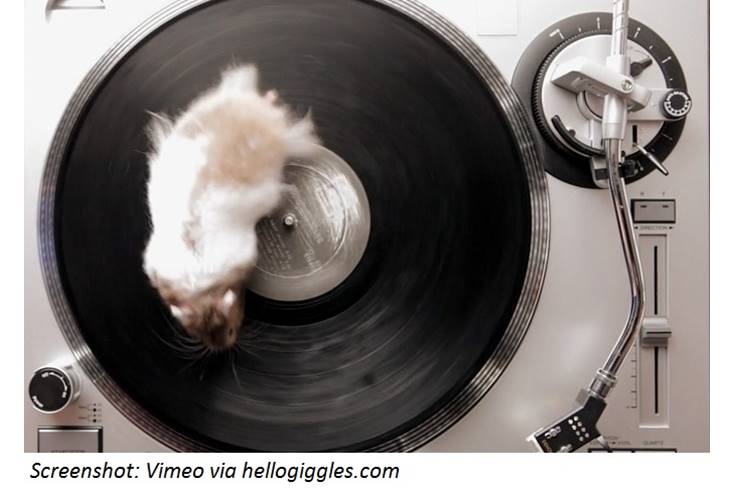 Have you ever seen a hamster run inside a hamster wheel? How about on a spinning record on a turntable? Well, the guys at LiveNation decided to try this out. Read on to take a spin around the math in rodents riding records! 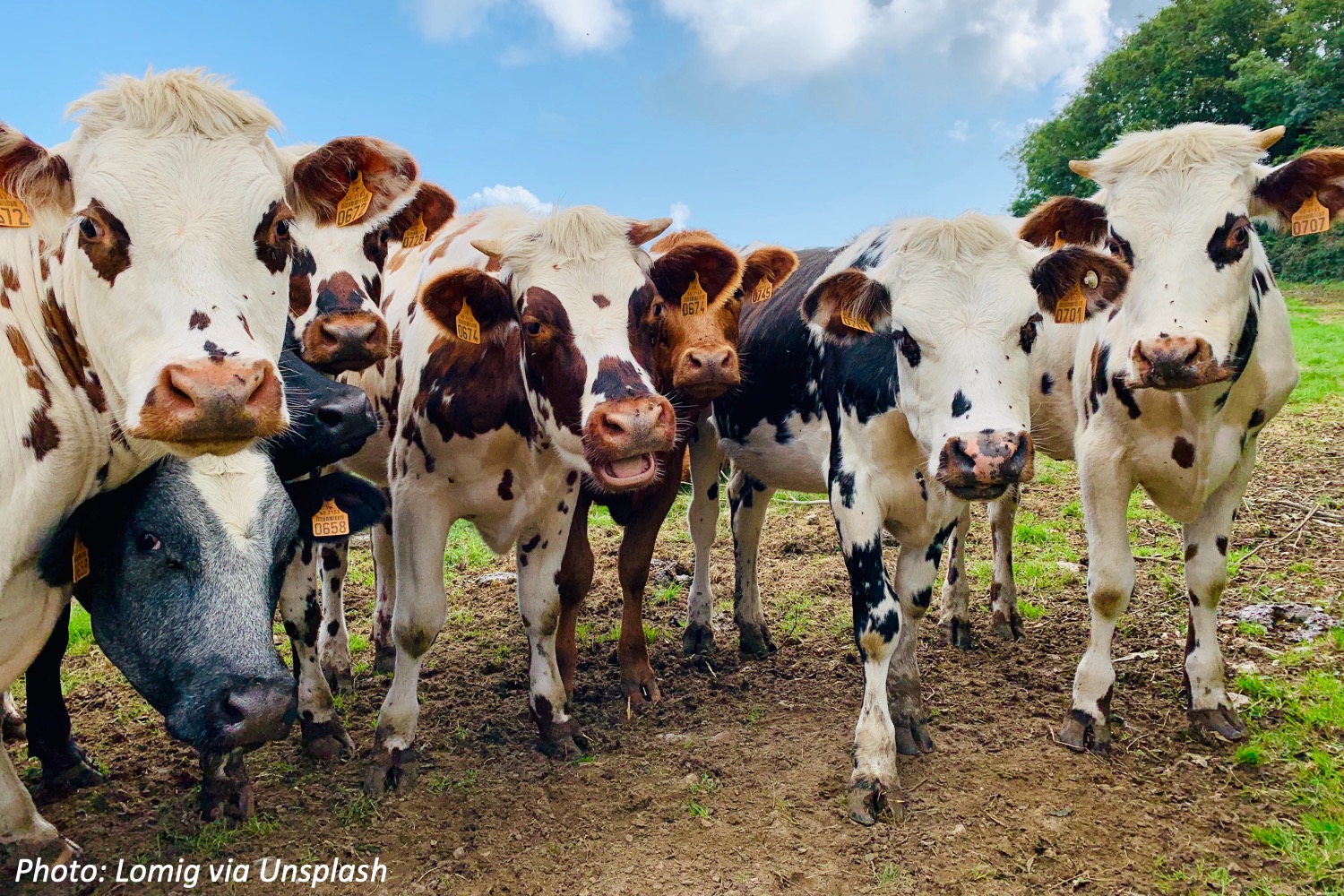 We all like different music from each other. You and your friend might like some of the same songs, but not every song, and your parents definitely don’t like all the same songs as you. So what about cows: do cows all like the same music? And is there one kind they like best? Scientists studied this a few years ago by playing different songs for cows to see if the cows made more milk during certain songs. They found that when listening to songs with fewer than 100 beats a minute – maybe about 1 beat per second – the cows gave 3% more milk: in the time the farmers normally got 100 cups from them, they now got an extra 3 cups. Even though people have been studying this since the 1930’s, no one’s sure whether music really makes cows make more milk – or more importantly, whether the milk tastes better. 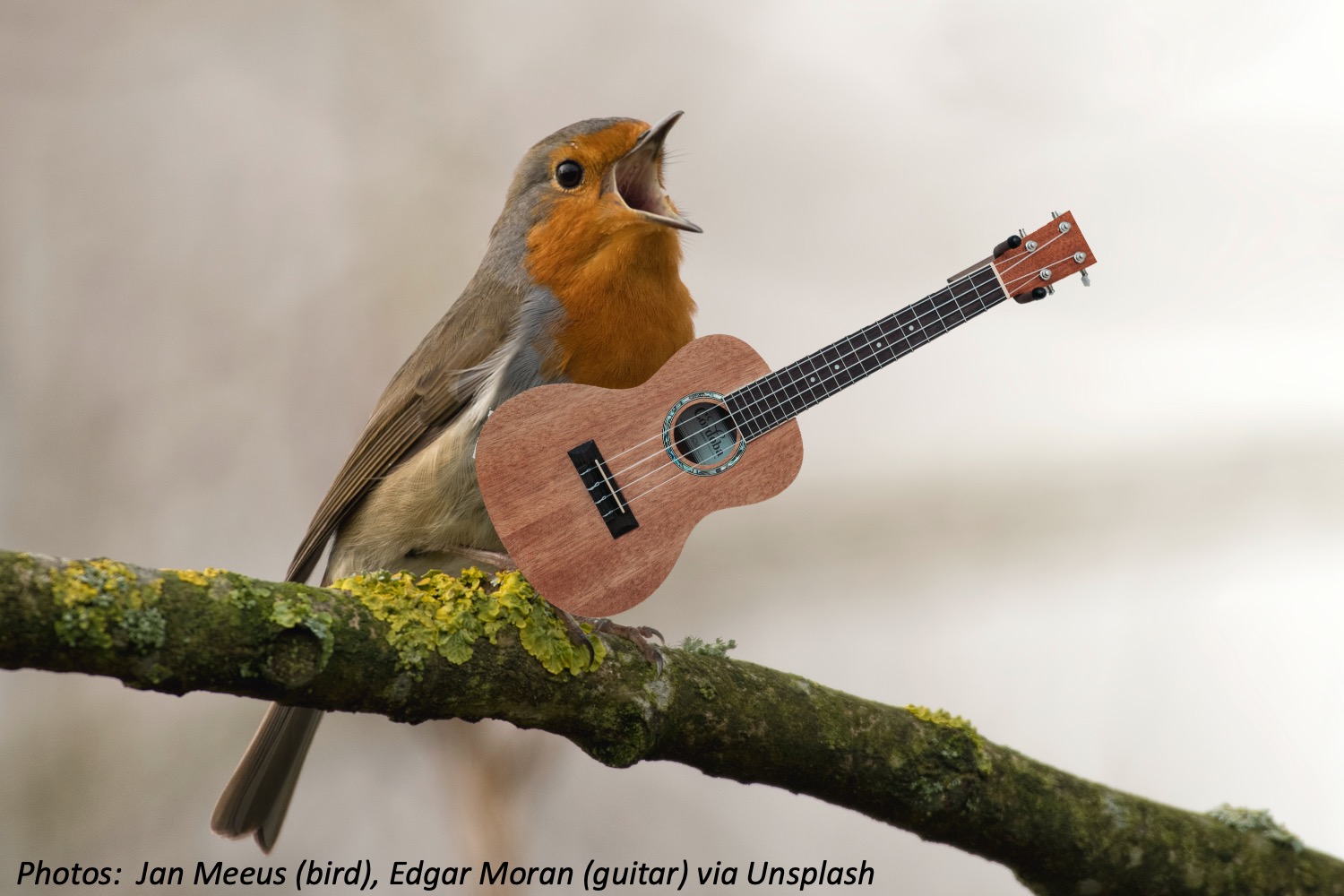 If You Give a Bird a Guitar…

Never mind giving a pig a pancake — what happens when you give a bunch of live birds a set of guitars? Read on to find out – and strum your way through the musical math! 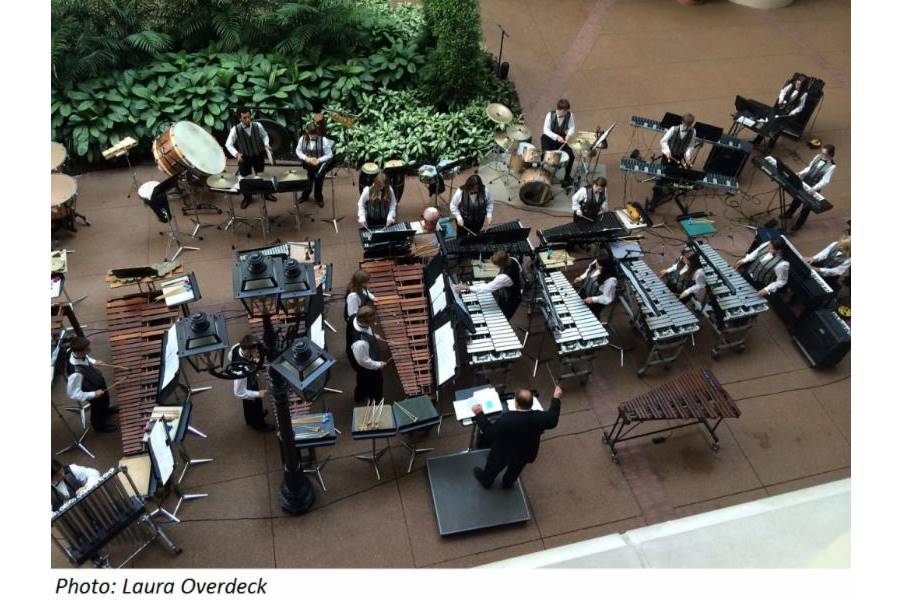 Banging out That Song

Usually you aren’t supposed to pound on your toys with sticks. But there’s one toy where you can do that all you want. Read on to find out what toy this is, and do the musical math! 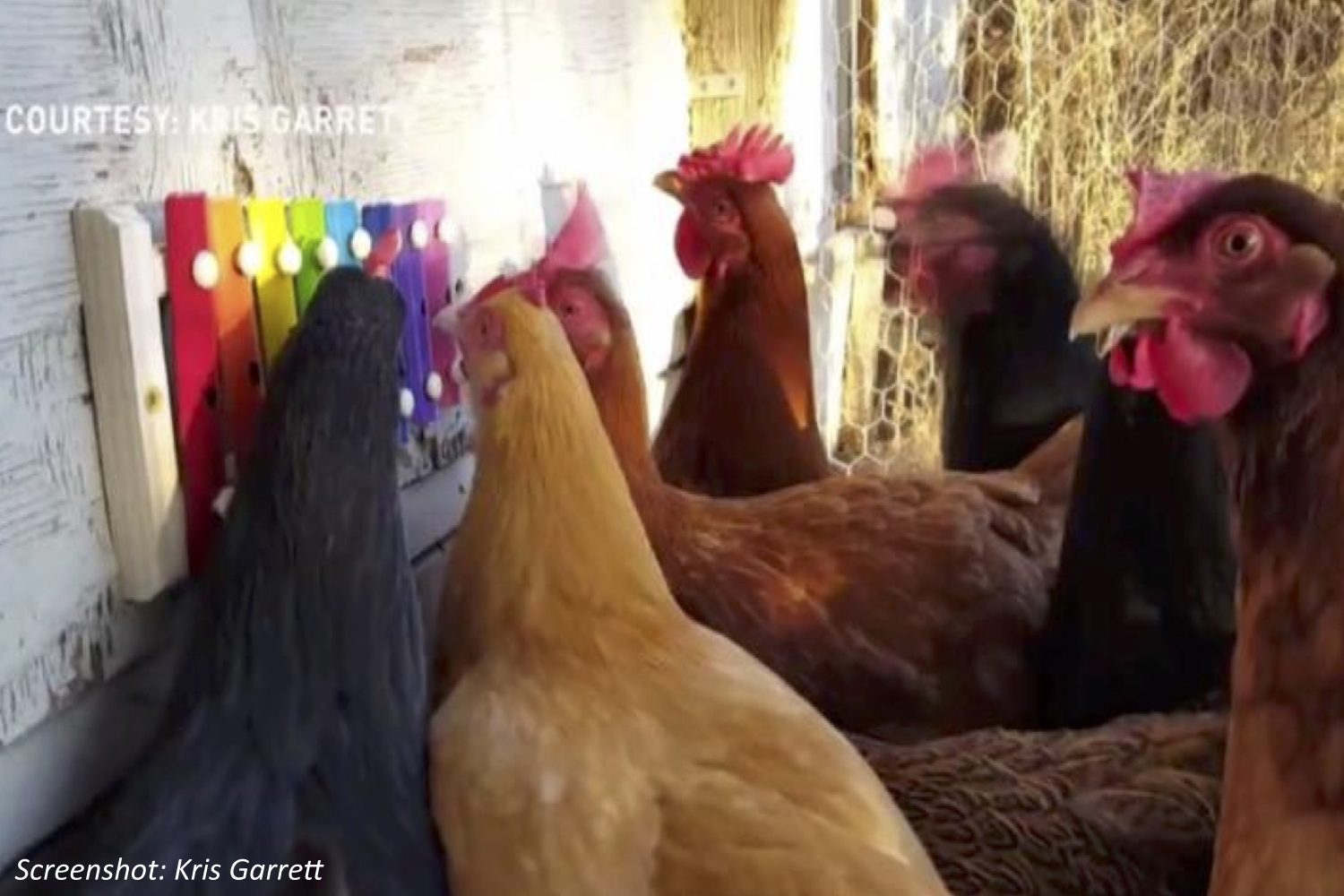 The xylophone is such a fun musical instrument. So why should we humans be the only ones to enjoy playing it? Read on to do the musical math in chickens pecking and playing this fun instrument! 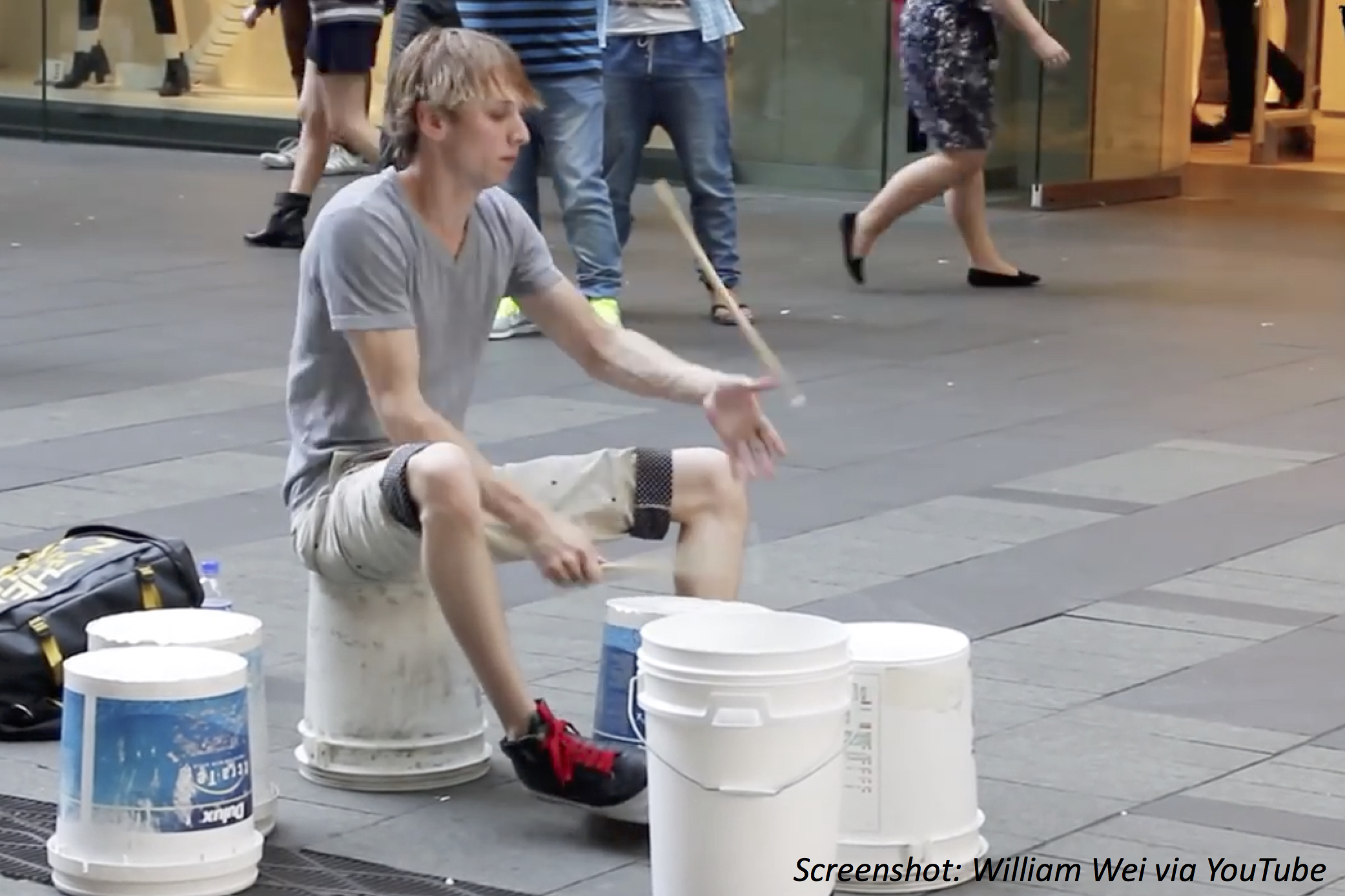 You can make music using almost anything, like this guy who uses buckets to make really cool beats! And you’d be surprised how much math there is in music, especially drumming. Read on to find out how this guy is doing the mental music math, and get in on the action yourself.