Home » Press Here for the Answer 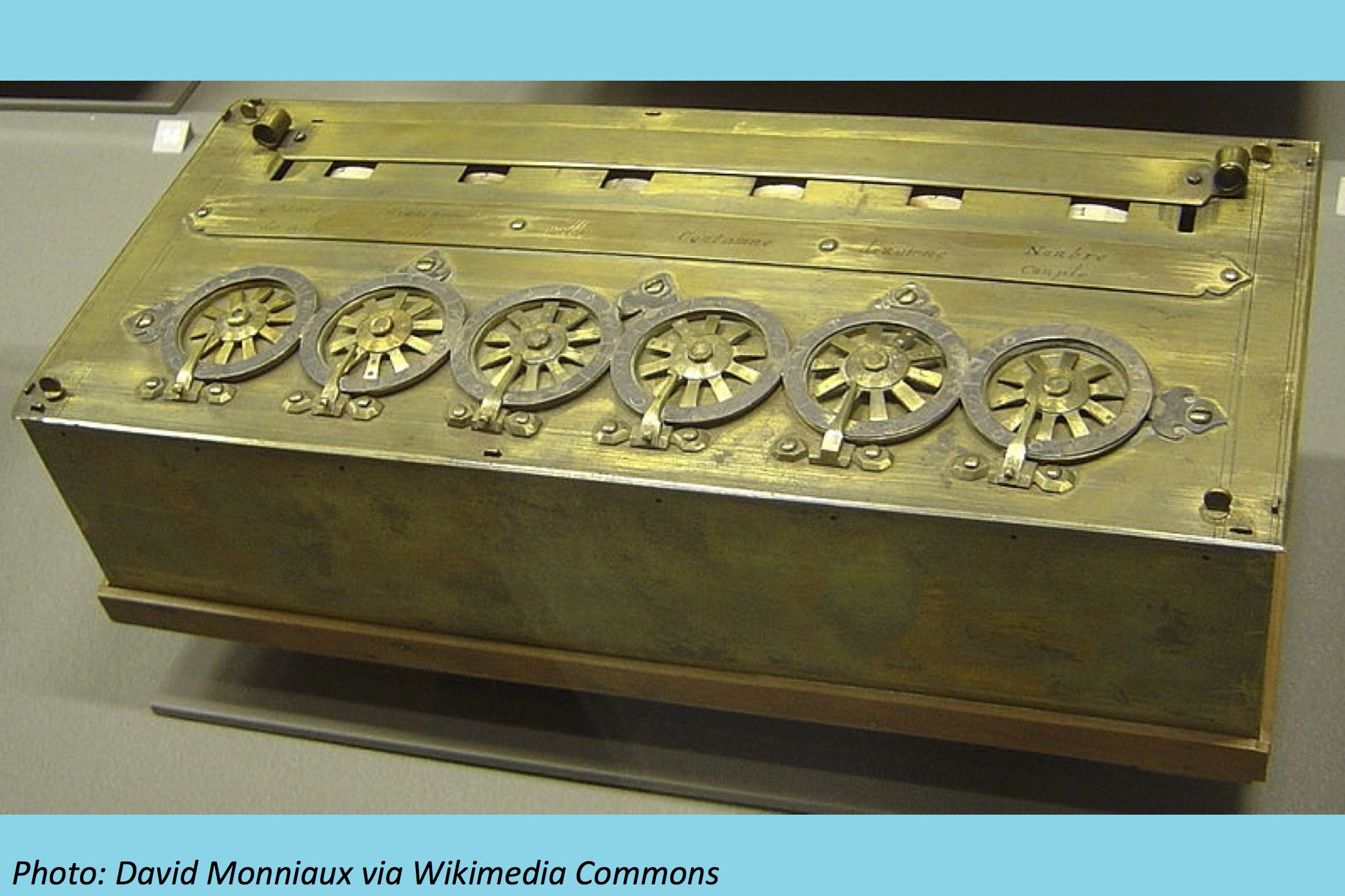 Have you ever used a calculator? It’s an amazing invention: you press buttons with numbers on them to add them, subtract them or anything else you like, and the calculator spits out the answer. Well, before electricity it wasn’t quite so easy — until 1642, when mathematician Blaise Pascal invented a machine that could do math. As you see in the photo, it was a big clunky box, and instead of buttons it had circle-shape dials. To add two numbers, you “dialed” the first number, then the second number. A little window above the dials showed you the “sum,” the answer you get when you add. To add really big numbers, you used a new dial for each digit. So for 352 you would dial a 3 on the first wheel, a 5 on the second wheel and a 2 on the third. It took almost as long as doing the math itself! But thanks to Pascal’s cool gadget, we now have speedy electronic calculators today.

Wee ones: Pascal’s calculator had 5 dials. If counting them 1 to 5, what number dial was right in the middle?

Little kids: If it takes only 2 second to add numbers on your mom’s phone, but 5 seconds longer on Pascal’s machine, how many seconds did his machine take?  Bonus: How many ways can you group your fingers into 2 groups that add up to 10 (with at least 1 finger in each group)?

Big kids: If there are 5 wheels and all 10 digits on each wheel, how many little digits do the dials show?  Bonus: Pascal was born in 1623, and invented the mechanical calculator in 1642. How old was he when he invented it?

The sky’s the limit: If each dial can show the numbers 0 to 9 how many different 3-digit numbers can the first 3 dials show?

Answers:
Wee ones: The 3rd dial.