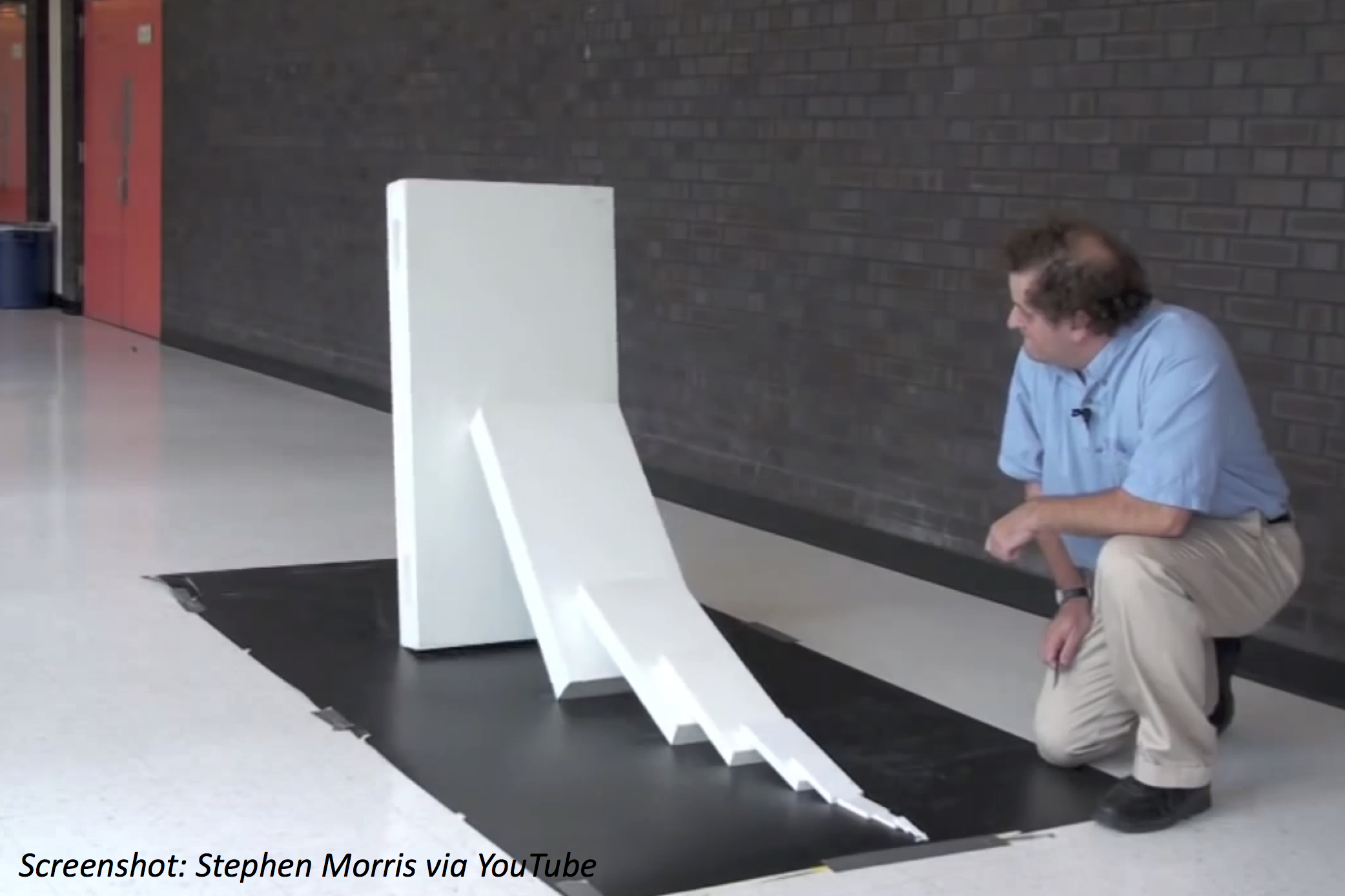 Dominoes are little toy rectangle tiles with dots on them. People like to stand them up on end in a long row, so when the first domino falls over, it knocks over the next domino, which knocks over the next…pretty soon you have a rippling wave of falling dominoes. In this simple but amazing video, Stephen Morris shows that a little domino can knock over another one that’s 1 1/2 times as big in each direction. Then that one can tip over one that ‘s 1 1/2 times as big again. In this domino chain, the first one is only 1/4 inch tall, but the 13th domino weighs more than 100 pounds! If he kept going, the 29th domino would be as tall as the Empire State Building (1,454 feet). We’d all better get out of the way!

Wee ones: The chain uses 13 dominoes. How many of them can you count starting from 1? Count as high as you can!

Big kids: If each domino could tip over a domino twice as tall…how many times as tall as the 1st domino would the 5th one be? Bonus: If the first domino is 1 inch tall and they keep doubling, which domino would be the first one that’s taller than you are?