Home » What It Takes to Be Superman 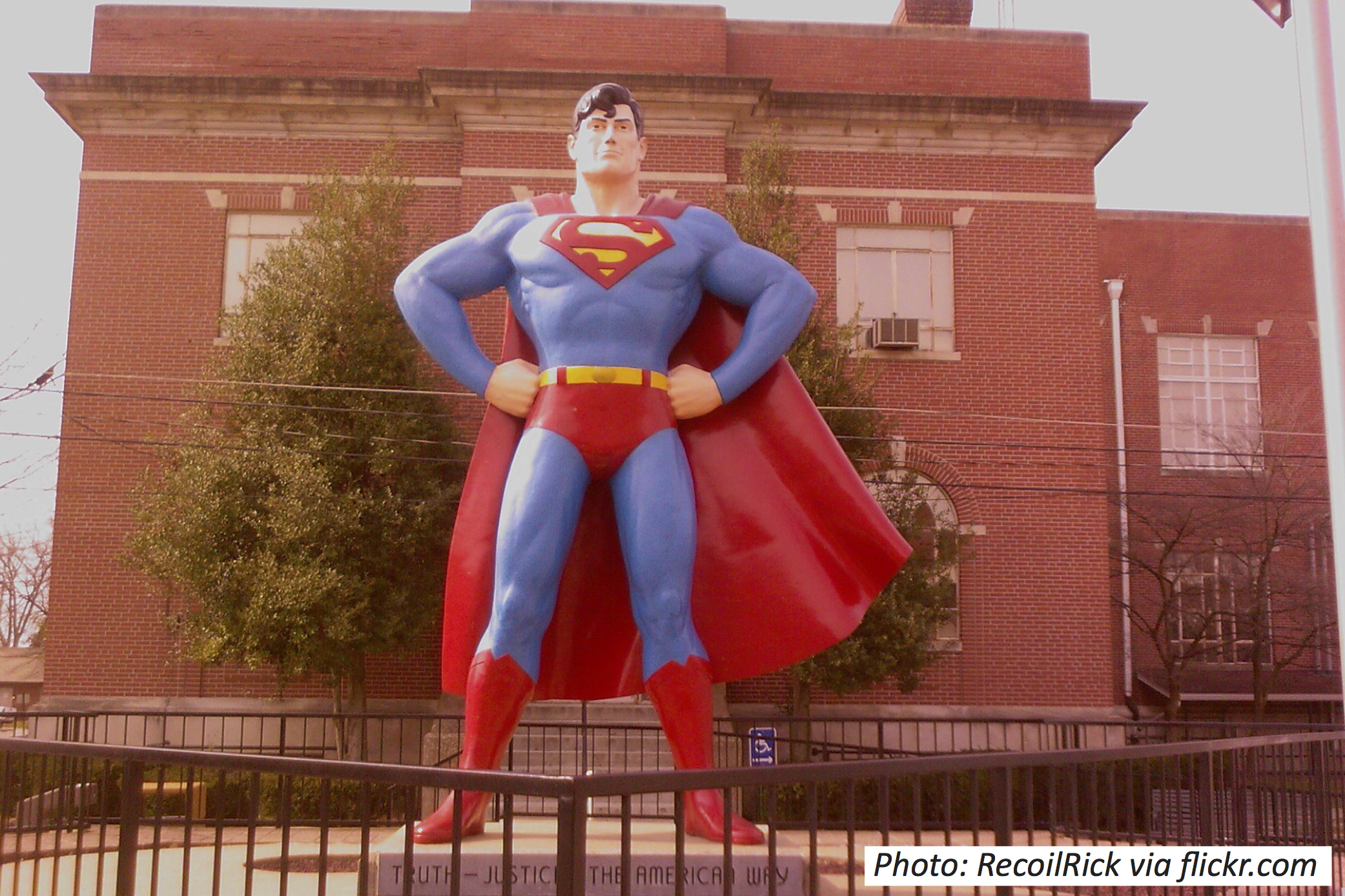 You’ve probably heard of Superman, who first showed up in comic books in 1938. You may also know the famous words about him: “Faster than a speeding bullet, more powerful than a locomotive, able to leap tall buildings in a single bound.” So what does all of that really mean? The strength of a locomotive is measured in “horsepower,” where 1 horsepower can move a whopping 33,000 pounds 1 foot forward in 1 minute. A train engine can give you about 8,000 horsepower, so Superman is awesomely strong if he can match that. Meanwhile, bullets fly more than 1,000 miles an hour, and buildings can be more than 1,000 feet tall. Even jumping over a 25-foot-tall house sounds like more than any of us can do!

Wee ones: If Superman could leap over your house and 3 other houses all at once, how many tall buildings did he leap in a single bound?

Little kids: If Superman leaps over a house, then a car, then a tree, then a house again to repeat the pattern…what does he leap over on his 8th jump?  Bonus: If you rounded up 8,000 horses to pull a train as hard as Superman, how would you count them up by thousands?