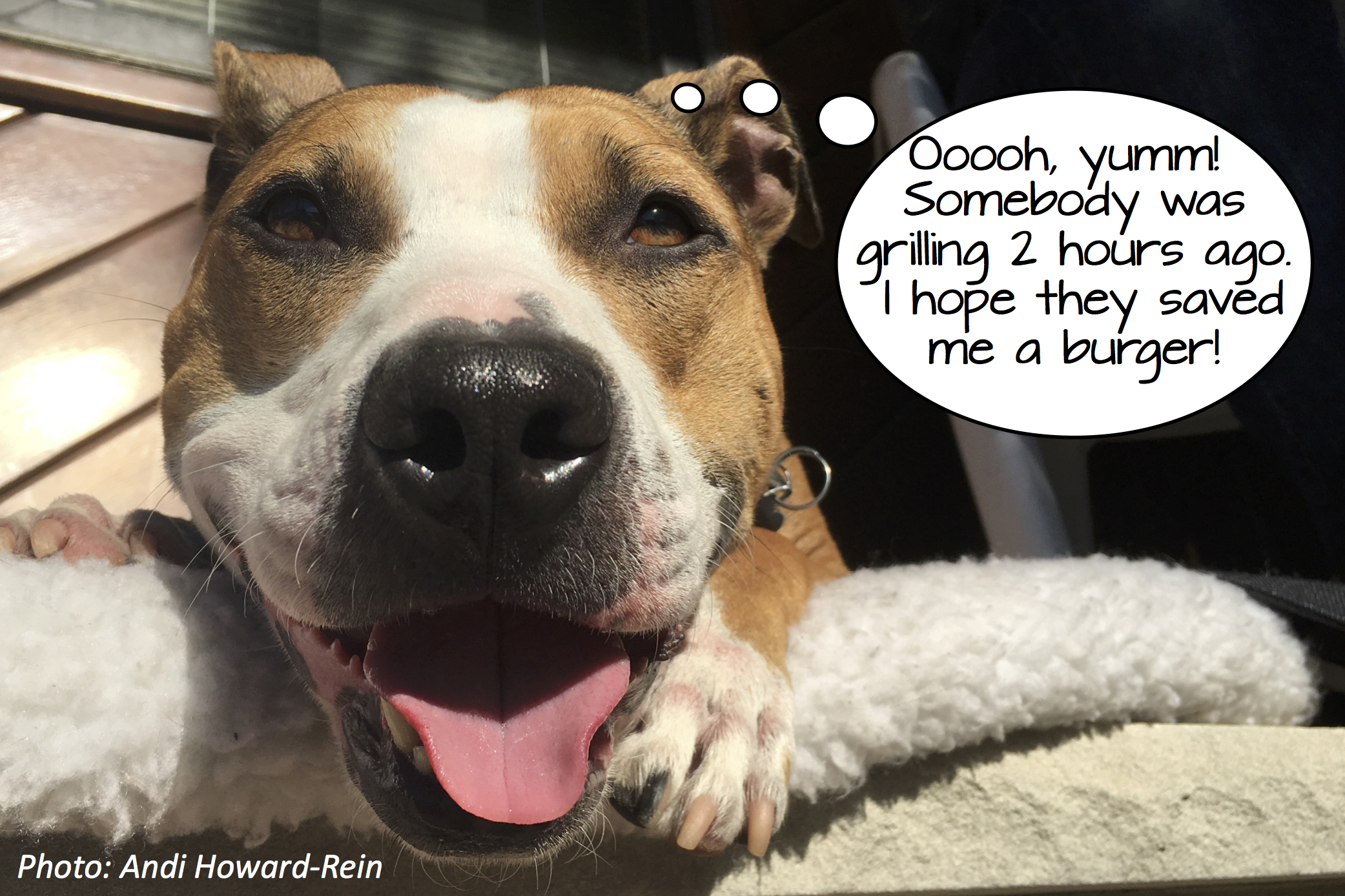 It’s a good thing our noses aren’t like dog noses. Dogs’ noses are so wet and slobbery. But our furry friends can smell so much more than we can. Scientists have learned that dogs can pick up scents from 40 feet underground — more than the height of a house! Dogs can also tell how old a smell is, and can sense when the smell in a room starts changing. Why do their noses work so much better than ours? It all comes down to the numbers: our noses have about 5 million “receptors” (tiny body parts that sense smells), while dog noses have more than 220 million! Also, dogs breathe air back out through the sides of their noses instead of their nostrils; that way the smell inside their nose doesn’t blow away, and they can learn it better.

Wee ones: If you, your friend and your dog go for a walk, how may noses do you have all together?

Big kids: If there are 4 noses in the room, but twice as many dog legs as people legs, how many dogs and people are in the room?  Bonus: If you have 5 million scent receptors in your nose, and a puppy has 60 million, how many times as many does the puppy have compared to you?

Big kids: 2 dogs, 2 people. A dog by itself has twice as many legs as a person, so there are equal numbers of dogs and people. So we split 4 in half.  Bonus: 12 times as many.