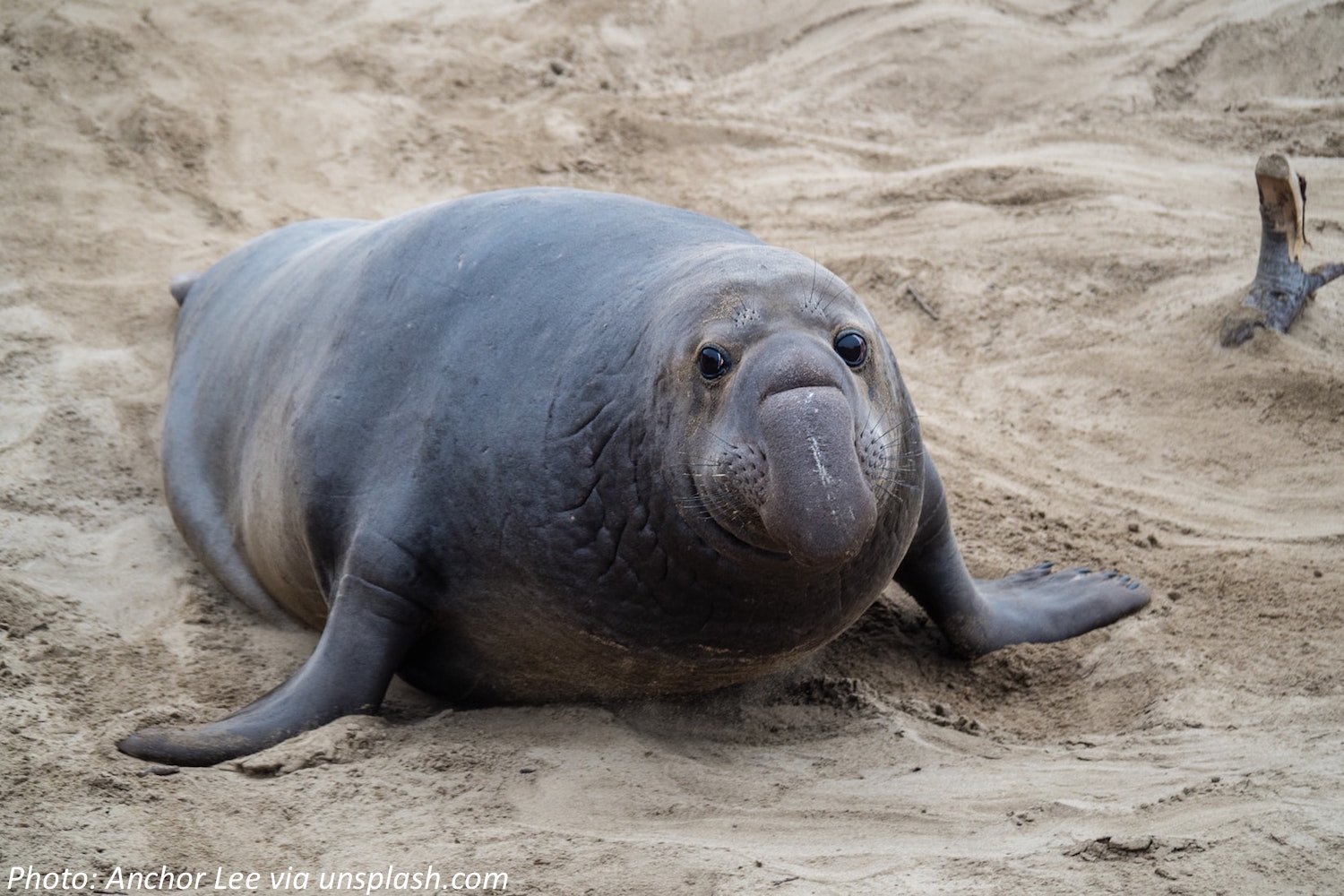 This nosy animal, called the southern elephant seal, is the world’s biggest type of seal. With a top weight of 8,000 pounds (or 4 tons!) they aren’t quite as heavy as an elephant. But male elephant seals do have an extra-long extra-silly nose, sort of like an elephant’s trunk. So maybe it’s not surprising that these colossal creatures can hold their breath underwater for 100 minutes. Only some whales can hold their breath longer! It’s obvious this animal earns a seal of approval.

Wee ones: If an elephant seal’s nose is 1 foot long, do you think it’s longer than your foot?

Little kids: Elephant seals can be as long as 20 feet! How much longer is that than a 7-foot long crabeater seal? Bonus: If an elephant seal pup weighs 90 pounds when it’s born, but is up to 290 pounds just 3 weeks later, how many pounds did it gain?

Big kids: If an elephant seal floats for 1/12th of a 60-minute hour and dives underwater for the remainder of the hour, how many minutes does it spend diving underwater?  Bonus: How many more minutes would it need to stay underwater to reach 100 minutes of holding its breath?
Answers:
Wee ones:  Different for everyone… but we bet it’s longer than your foot!