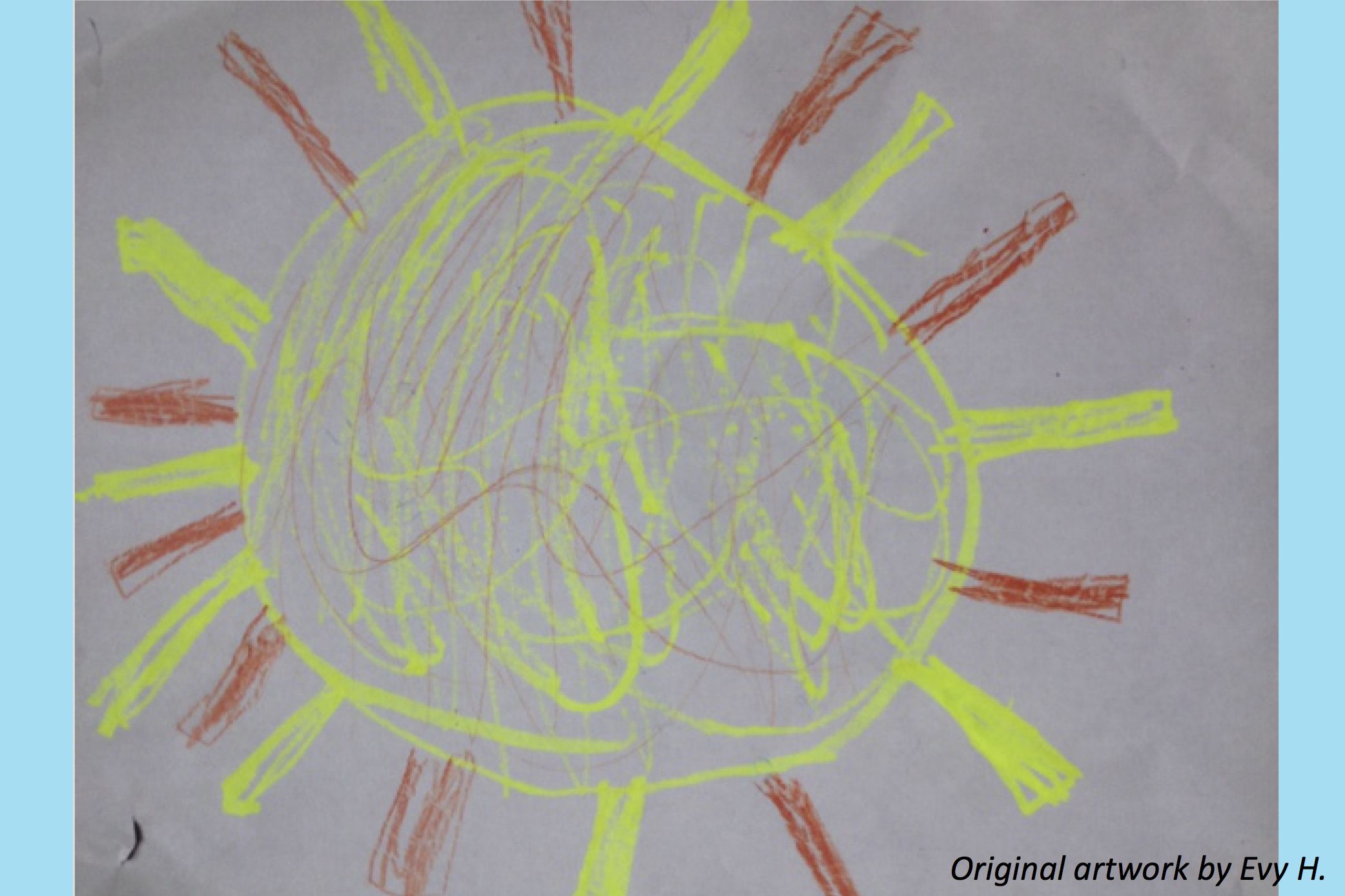 In the big blue sky, the Sun looks like a small, shiny circle. But the Sun is actually really huge, just really far away (93 million miles). Here’s a handy trick to remember: the stripey planet Jupiter is 10 times as wide as our whole Earth, and the Sun is 10 times as wide as Jupiter. That means the Sun is 100 times as wide as Earth. So our friend Evy H. asked, how much does the Sun weigh? Well, “weight” means how much Earth’s gravity pulls down on a thing. But its “mass,” or the amount of stuff in it, is 2 nonillion kilograms, which is a 2 followed by thirty zeroes! On a scale on Earth, that would weigh 4 1/2 nonillion pounds — and totally squash us all. (And by the way, if you’re a fan with your own number question, send it in and we’ll try to answer it!)

Wee ones: The Sun is really a giant ball, which looks like a circle from the side. Can you find any ball shapes in the room? How many?

Little kids: Along with the Sun and Jupiter, we can see Mercury, Venus, Mars, Saturn and the Moon without binoculars or telescopes. How many sky objects is that?  Bonus: The days of the week are named after them, like SUN-day. The 4th day of the week is named after Mercury in other languages. Which day is that?

The sky’s the limit: Our moon is only about 2,000 miles wide. How many moons wide is the Sun?

Answers:
Wee ones: Different for everyone…you might have a toy ball, a globe or a marble.