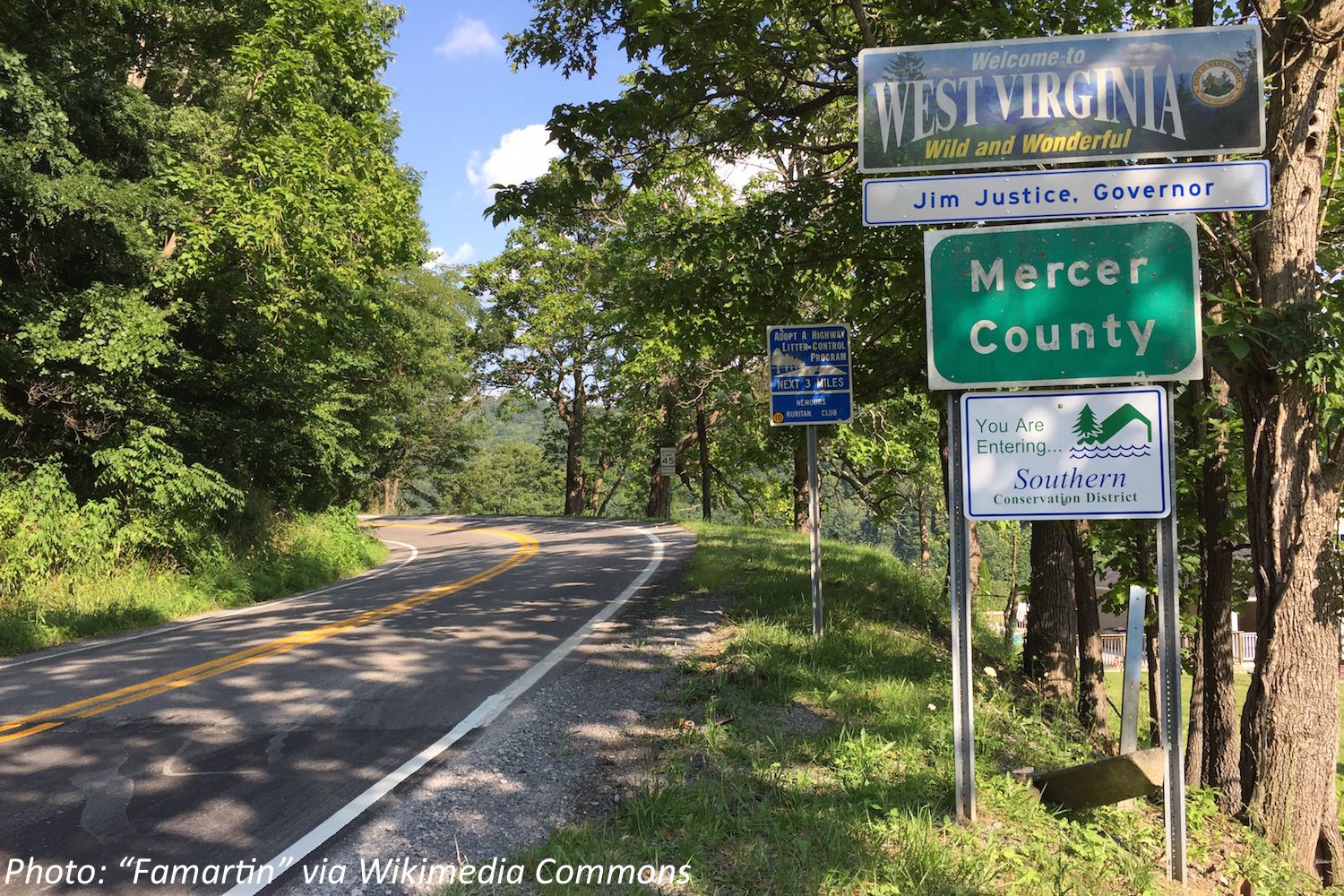 Today we visit the only U.S. state with “West” in its name: West Virginia! There are no “East” states, but there are two pairs of “North” and “South” states (the Carolinas and the Dakotas). West Virginia is also home to the largest alluvial diamond ever found in the US. ‘Alluvial’ means that the diamond was loose on the surface when it was found. Nobody had to dig for it. In fact, the people that found it were just playing horseshoes! This diamond weighed more than 34 carats. It was named the Jones Diamond, after the family that found it. Some other gems in West Virginia are the town names. This state has many towns named after famous cities in other countries. So you can visit Athens, Cairo, Shanghai, Geneva, and more without even leaving the U.S.!

Wee ones: If there’s a North Carolina and a North Dakota, how many “North” states does that make?

Little kids: If you throw 5 horseshoes and every other one starting with the 2nd hits a diamond, how many diamonds do you hit? Bonus: There are 141 carats in 1 ounce. Which is bigger, a carat or an ounce?

Answers:
Wee ones: 2 states with North in their names!

Little kids: 2 diamonds: with your 2nd and 4th horseshoe. Bonus: Carats weigh less. Since there’s way more than 1 carat in 1 ounce, you know that carats are smaller.