Home » King of the Garbage Can 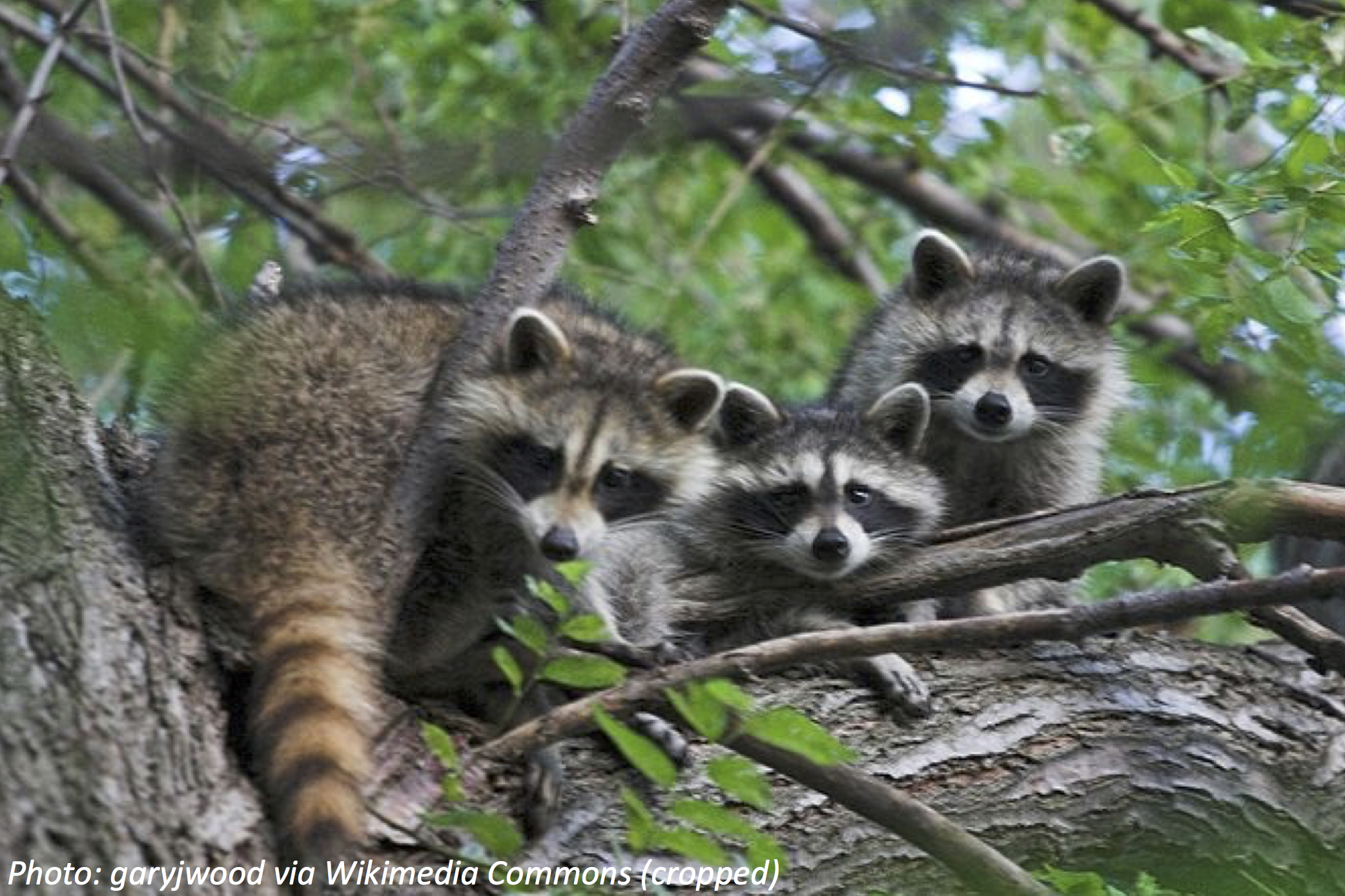 You probably know that it isn’t a great idea to eat out of the garbage. But for animals like rats, goats, and cockroaches, it’s a yummy treat. The smartest of these guys may be the raccoon. Raccoons, known for their funny black masks and poofy ringed tails, love breaking into people’s garbage cans and flinging leftovers everywhere as they snack. And they’re really clever about it, as we’ve seen here ourselves: the neighborhood raccoon always finds a way to undo the latch, tip the can over, and pop off the top.  In fact, studies have found that raccoons are smart enough to open 11 out of 13 different complex locks, and can also remember tricks 3 years after learning them. We hope we can do that, too!

Wee ones: A raccoon has 5 claws on its front paw. Is that more than, less than, or the same as the fingers on your hand? Count to check!

Little kids: If a raccoon starts breaking into your garbage at 8 pm and succeeds 2 hours later, when does he get in there? Bonus: If you put 13 locks on your garbage can and the raccoon can open 11 of them, how many locks are still stopping him?

Big kids: If a raccoon opens the 12th lock in a giant row, then the 16th, then the 20th, what lock does he open next to keep the pattern?  Bonus: If there are 42 houses on your street and the raccoons break into half of those houses’ garbage cans, how many people’s garbage cans do they invade?

Answers:
Wee ones: The same number as your 5 fingers.