Home » How Do Doggie Treats Taste? 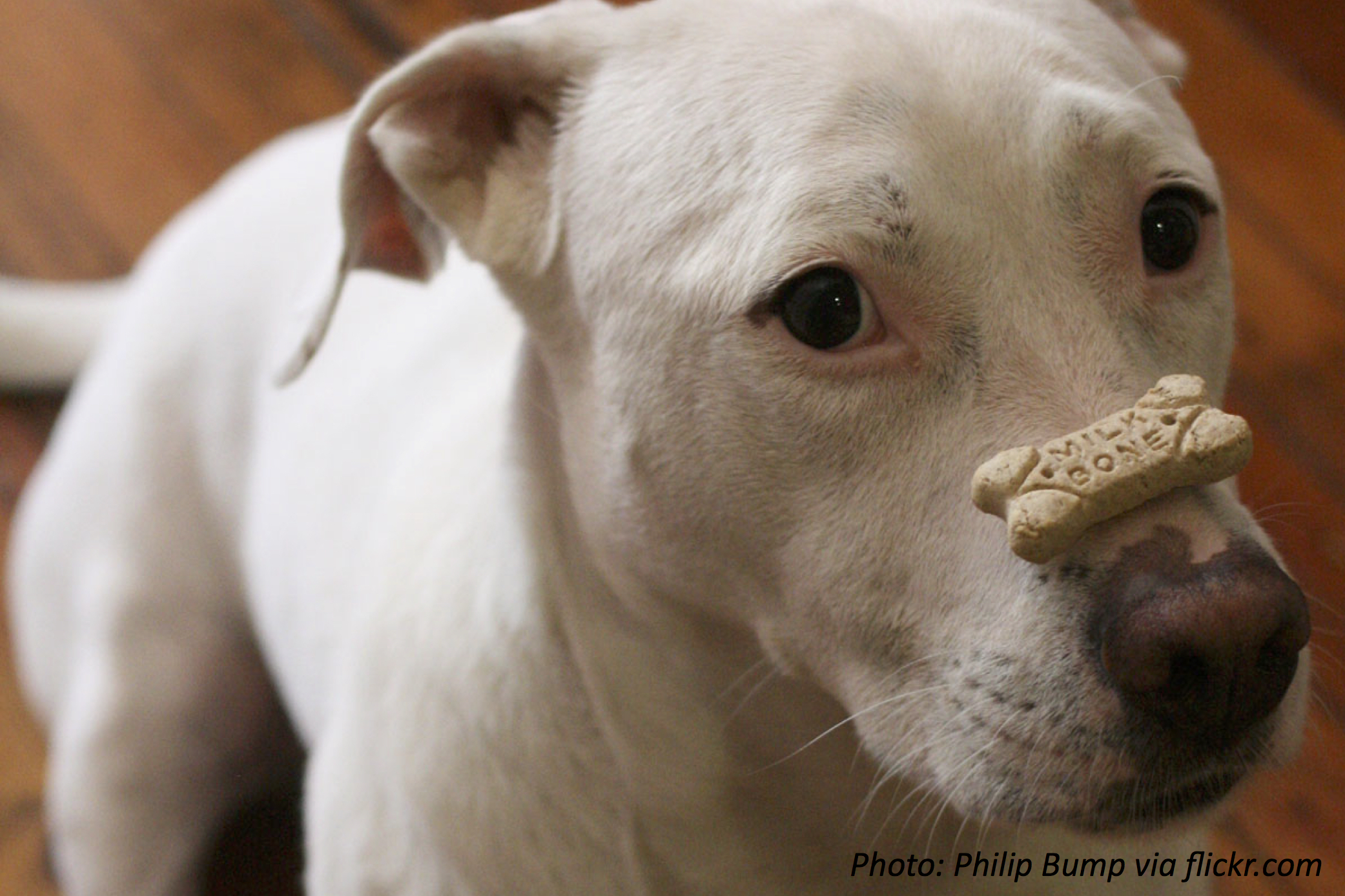 Dogs love their doggie treats. That’s why we use them to teach dogs new tricks. But did you ever wonder what’s in a doggie treat, or whether it tastes good? Dog biscuits are made of flour, egg and milk, which sounds yummy…but then they’re flavored to taste like meat or fish, which doesn’t sound so yummy. Someone must think they taste good, though, because 10 bakers at a pet-food company in Missouri decided to bake the biggest doggie treat ever. The previous record, baked in England, had weighed a jaw-dropping 231 pounds. But these new people baked a biscuit that weighed 617 pounds. Hopefully someone gave them a nice big treat for that.

Wee ones: If you mix corn flour, milk, egg, ground chicken, and fish juice to make doggie biscuits, how many foods did you use?

Big kids: If you and your dog start eating doggie treats on a Tuesday, and he eats 4 per day while you eat 2 per day, on what day do you guys finish a 20-treat box?  Bonus: How many more treats than you will your dog eat in a 31-day month?

The sky’s the limit: If you’re baking 36 treats and all the neighborhood dogs smell them and come running, how many dogs could show up such that you could split the treats equally among them? (You can count just the visiting dogs, not your own dog…but at least 2 dogs show up.)

Big kids: On Friday, since by end of Thursday you’ve eaten 18 in total.  Bonus: 62 more, since the dog eats 2 extra each day.