Home » Trip to the Sun 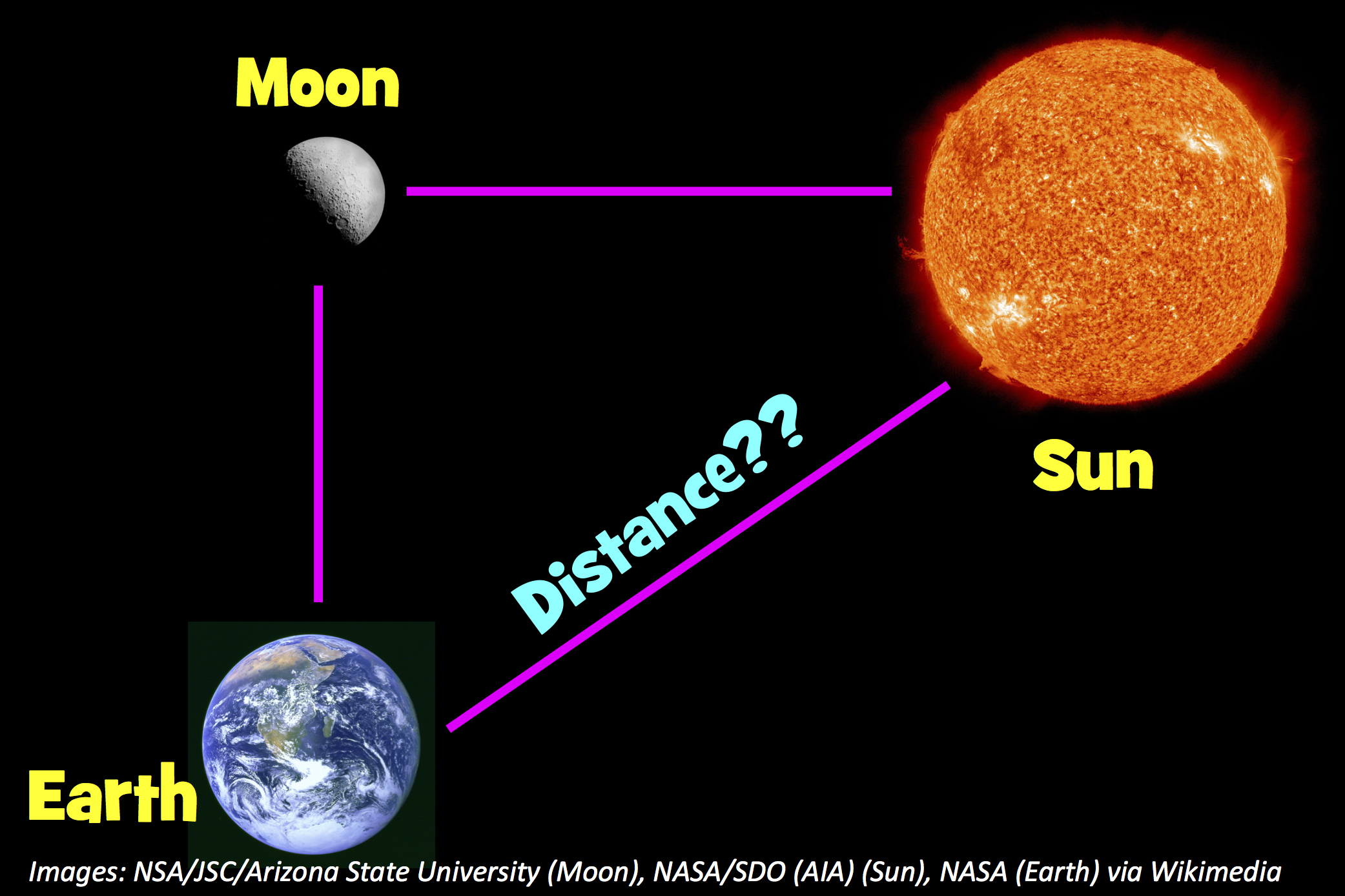 Our question this weekend about the weight of the Sun got a lot of kids thinking. Our fan Dillon M. then asked, how do we measure the distance from the Earth to the Sun? Well, there are a couple of ways to do it. Back in ancient Greece, Aristarchus figured it out by waiting for a half-moon, then looking at the angle of light from the Sun hitting the Earth and making a triangle. But now that we know how big and how far the Moon is, we have an easier way. Ever notice how the Sun and Moon look the same size in the sky? That’s because the Sun is 400 times as wide – nearly 800,000 miles compared to 2,000 — and it’s about 400 times as far. The Moon is 240,000 miles away, so that would give us 96 million miles for the Sun. That’s not too far off from the answer, but too far to go there for the day!

Wee ones: The Sun is much bigger than Earth, which is bigger than the Moon. Find 3 objects and put them in a row from biggest to smallest.

Little kids: Turn on a light, and hold a pencil sticking straight up from a table. Is its shadow longer or shorter than the pencil?  Bonus: If the pencil is 5 inches tall and its shadow is twice as long, how long is the shadow?

Answers:
Wee ones: Items might include a book, a toy, a stuffed animal, or a shoe.

Little kids: Different for everyone…the lower/more to the side the light is, the longer the shadow.  Bonus: 10 inches.