Home » The Best Way to Throw an Angry Bird 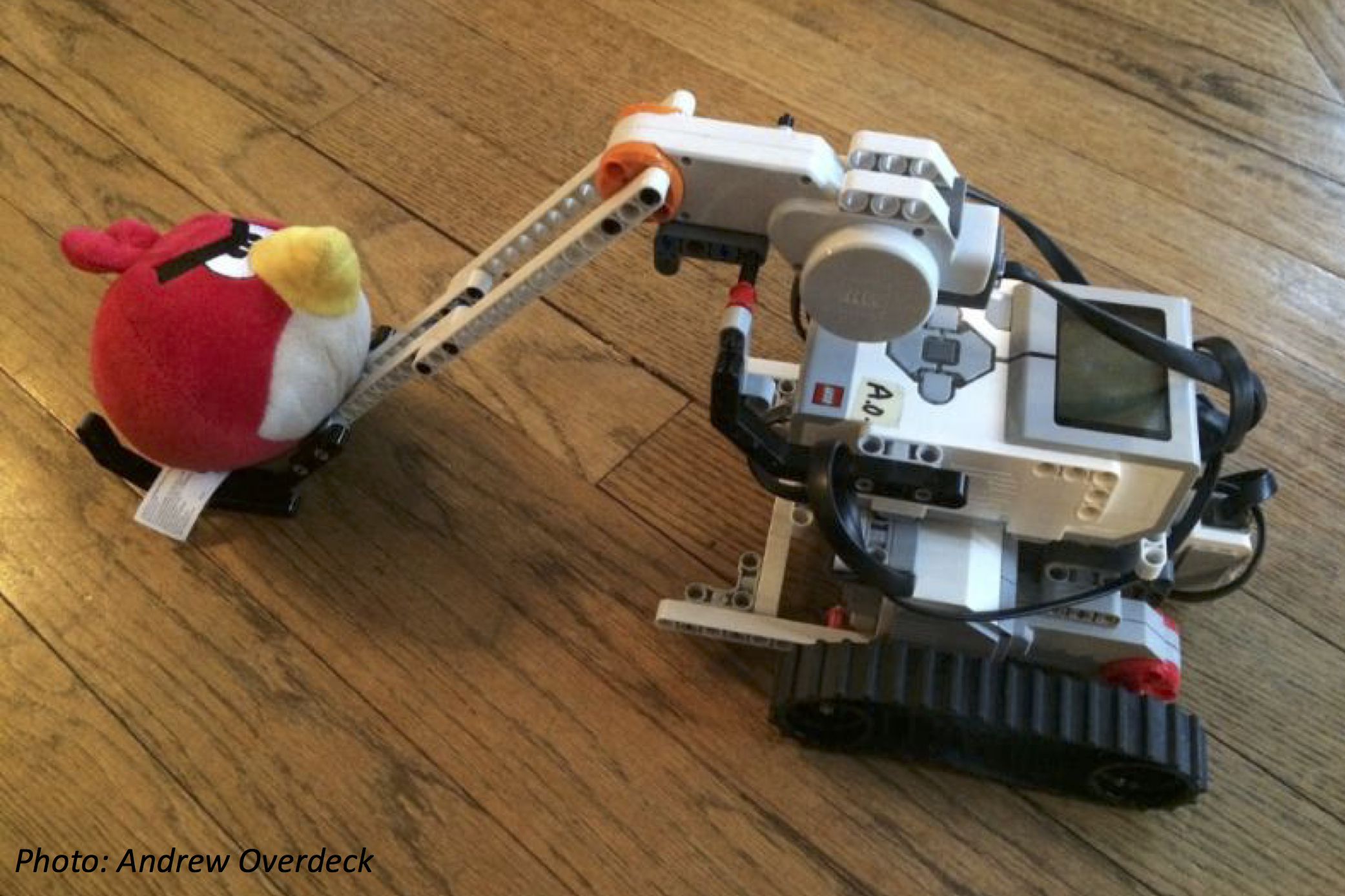 Robots are everywhere. A robot is any machine that does what it’s told by following instructions from a computer. The robot could roll on wheels, like those vacuum cleaners that drive on their own. It could be just one lonely arm, like the Delphi car-factory robot whose job is to press the same button 50,000 times to make sure the button won’t break. Some robots, though, have a lot more fun: Andrew here at Bedtime Math built this Angry Bird-chucking robot out of Lego Mindstorms. As we see in this video, it drives forward until its light sensor sees the black firing line, which then tells the robot’s arm motors to turn, flinging the stuffed animal into the air. The bird isn’t loving it, but the robot’s having a great time.

Wee ones: This Angry Bird is red. Try to spot 4 red things in your room.

Little kids: If the robot takes 7 seconds to find the black line and then 1 more second to fling the Angry Bird, how long does the whole mission take?  Bonus: If you speed up the robot to do it all 1 second faster, now how long does it take?

Big kids: If the Angry Bird robot zigzags, and throws a bird on the 5th turn, then the 11th, then the 18th…on what turn does it throw next to keep the pattern?  Bonus: If the robot wants to throw that Angry Bird 10,000 times and it’s done all but the last throw, how many throws has it already done?

Wee ones: Objects might include shirts, socks, crayons, or your own stuffed animals!