Home » When a House Barges In 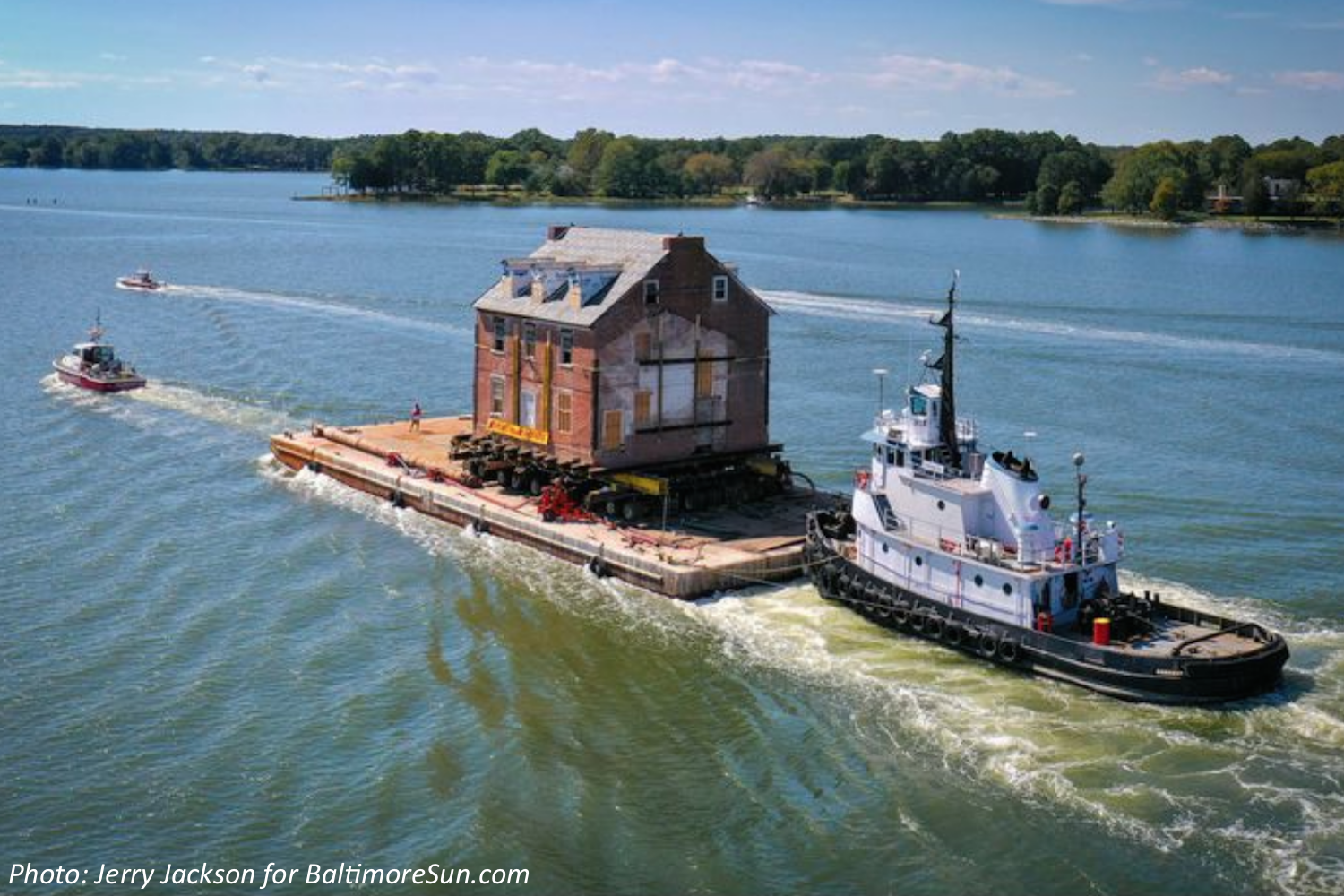 Why is that house on a boat on a river? Because it’s easier to move in water than on land! A family found a 250-year old house they loved, but it was in the wrong place. So they spent 2 years planning how to move 800,000 pounds of bricks. It took 4 nights to get the house 6 miles through town, since power lines and lots of other things had to get out of its way. But once it was on the barge (a type of boat), it only took 2 hours to float 50 miles. It finally arrived this morning! Let’s hope the toilets are still working.

Wee ones: Look at the picture. How many boats can you count? (The flat barge counts as its own!)

Little kids: If 6 fish jumped into the house for every hour it was on the river, how many fish are in the house after 2 hours of floating? Bonus: If the house was moving during 4 days this week and arrived on Thursday, on what day did it start the trip?

Wee ones: We count 4 boats in the picture, including the barge.